I’ve seen multiple comments on modifying the x-jet on here in the past but haven’t found a post created about it. As most x-jet users know, it creates a bit of added pressure which causes it to mist quite a bit to say the least. Since that added pressure causes it to mist, you are unable to reach heights as well as you would using the same shooter tip while downstreaming. Adding a lance before the nozzle on your x-jet helps to reduce that added pressure therefore reducing the mist and enables you to reach the height you would be able to reach else wise. It’s very easy to do and also enables you to you use your j-rod or whatever other nozzle you prefer to use. All you need is a lance (I wouldn’t go bigger than 18in), 1/4 threaded female adapter, and a 1/4 male QC to make your own M5 twist nozzle. Here’s a few pictures of mine, and a video demonstrating the benefit of modifying your x-jet (not my video). Hope this helps anyone who might not know about this yet. 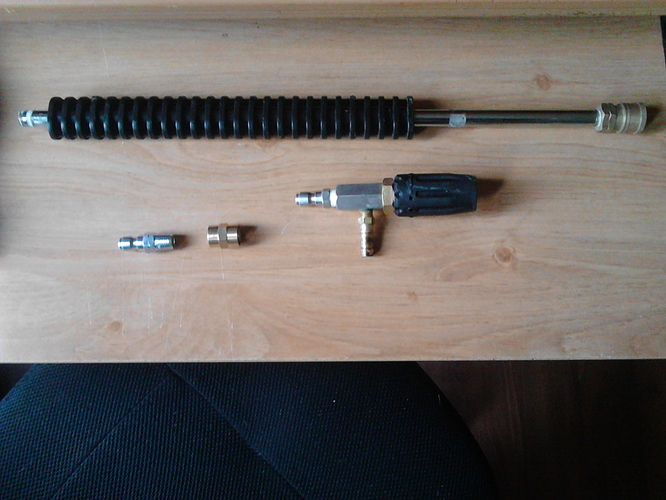 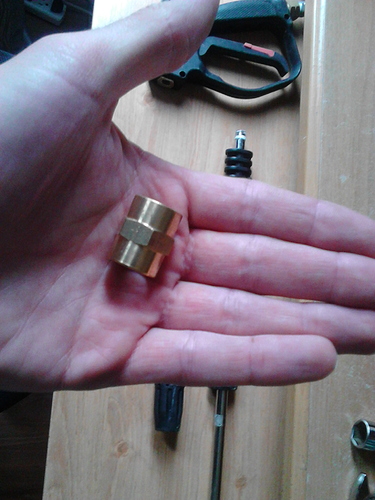 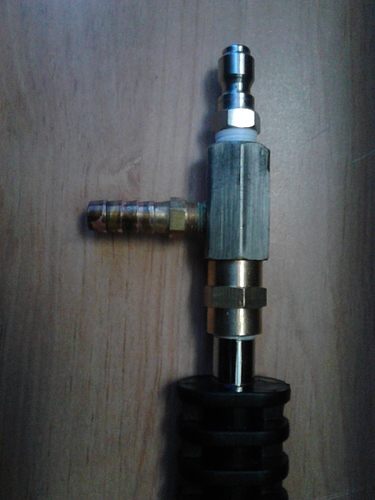 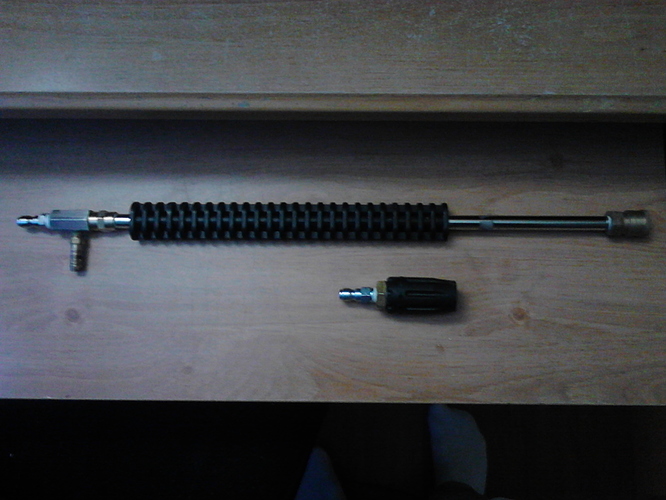 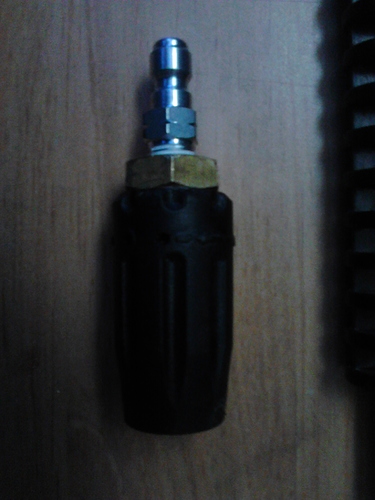 Thanks. I don’t use the x-jet often but do need it occasionally. I will do this when I get the time. And I get another m5ds. Good idea.

Big enough difference, I’ll try it, until I go 12volt.

No problem. My attempt at contributing to the forum lol.

I’d say just for the convenience of carrying it around. I wouldn’t want to carry around anything bigger unless it’s completely necessary. I have a few lances with QC’s on the end if I ever need anything bigger.

Ok I was thinking you were referring to performance, seems like longer would better 18 to say a 24 . Have to try it. Thanks

Whats the attraction of using an xjet?

Lol you seem offended.
#1 reason is Price. I am still in my first year and have yet to invest in a decent 12V set up (pump,hose,reel,battery,charger…).
Lugging around more hose? You have to pull around 2 hoses while using a 12V. Using the x-jet requires carrying around a bucket with a hose that is attached to the end of my lance so it’s not really like lugging around 2 hoses. It’s not really more set up time either…I just pick it up and put it back down on my trailer when finished. No reeling up any other hoses besides my PW hose when the job is complete. I didn’t create this post to have the 12V vs x-jet argument. Just an attempt to help those who are still using one. I use the x-jet to get a stronger mix when downstreaming won’t cut it (stucco,pre/post treating, etc) in case you don’t understand lol.

Im not offended at all.

Def not a 12v argument. I have never used a 12v to wash a house…(def want to stay out of that discussion)

It seems like you already have a decent setup.

Price shouldn’t be an issue to downstream.

My bad if I came off wrong.

Carry on. I will keep quiet.

I tried the modification, didn’t work. Could be due to my 4/4 machine.

Can you install a needle valve to slow the chem to dial it in where you want it? Just curious probably splitting hairs at this point.

Size of machine shouldn’t matter but perhaps the misting isn’t as bad to start with?

Hm. Wish I could tell you why. Did you test it on a windy day? Lol…jk. @Sasquatch is right the size of your machine shouldn’t really matter. Are you using the #13 x-jet? Out of curiosity what size lance did you use?

x-jets come with proportioners to control the amount of chem you want to pull. 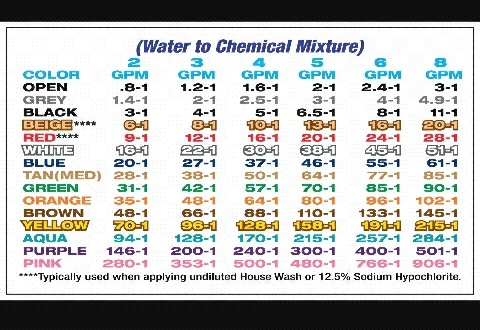 Another video with a Mod to the X-Jet. This mod puts the xjet before the lance, and puts a QC at the end for Jrod or what the preference might be.

The Lance has to be after the injector for it to control the misting.

I use the x jet when downstreaming just isn’t cutting it. For example very moldy stucco or concrete buildings. That’s the whole reason I bought it.

A buddy of mine only uses his x jet. probably because he doesn’t want bleach running through his reels and hoses. Not a good enough excuse for me but he makes a lot of money doing it his way.

I honestly think he and the person who liked it either misread, or didn’t take the time to read the whole reply

#1 reason is Price. I am still in my first year and have yet to invest in a decent 12V set up

I use the x-jet to get a stronger mix when downstreaming won’t cut it (stucco,pre/post treating, etc) in case you don’t understand lol.

Price shouldn’t be an issue to downstream.

Yes same thing except his is a dedicated x-jet gun.

I followed the mod to the letter and it still misted just as bad. Oh well, I can live with it as-is.