What am I doing wrong? (12v pump question)

Anyone have any idea why I’m only getting around 2 gallons per minute with the 5GPM 12v pump I just set up? I’m guessing it could be the size or length of the hose I’m using? 200ft of 3/8 hose. Here’s a quick video from today of the setup. 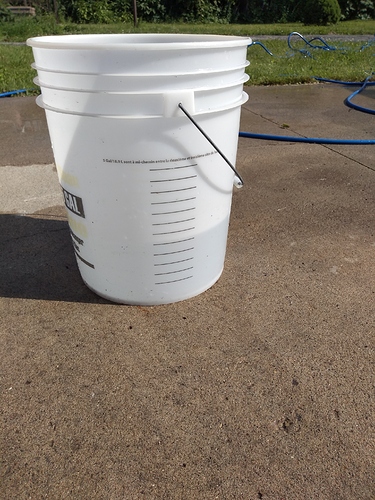 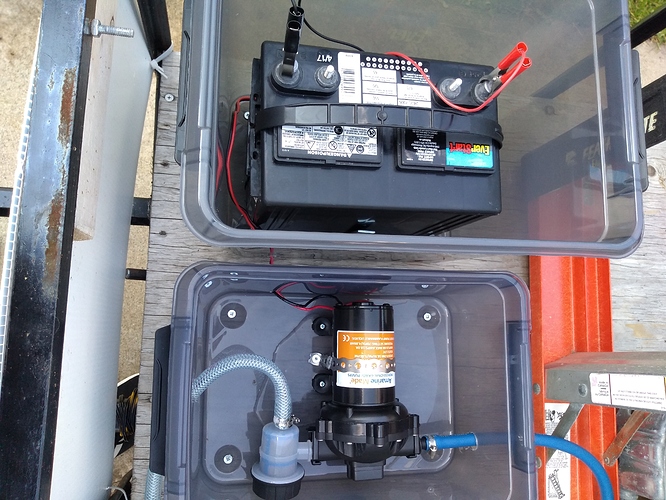 They’re not threads they’re barbs. But yea the inlet hose is half inch and the out I’m using is 3/8

Are you 100%sure that the battery is fully charged? The sticker says 4/17 so if you pilfered it off of something else without giving it a good reconditioning it could really affect the performance. If you’re plumbed through the reel you should probably use 1/2" before the reel to get the best flow. Also, my phone won’t let me zoom in right now but is your tank vented?

It looks like its working pretty well could just be the tip you are using. Take it off unroll the hose all the way make sure battery is charged and filter is clean re test. You probably will not get 5 Gpm with 3/8 hose but I’m curious to see what you will get

The battery wasn’t fully charged so that’s definitely a possibility. There’s a hole in the lid that I’m guessing is the vent for the tank? I’m gonna make sure it’s fully charged and test it again tomorrow. @Firefighter4hire I did the test without the tips on it. It is working decent but just really wanting to find out why I’m only getting half the GPM I’m a supposed to

I could be way off base here but I just watched the video and I’d also get rid of that pickup screen on your drop tube. Keep the lid on the tank and you s huh ould be fine as far as debris goes.

Get rid of that thing. You will soon anyway.

Keep in mind that the GPM they advertise on those pumps is for open flow. Meaning nothing on the outlet side of the pump. Its sorta false advertising but I just bought the 7gpm to get a much flow as possible.

I’ll give that a shot to when I do that test again tomorrow. Still gonna use it as is on a job or 2 tomorrow lol. Charged it for a bit this evening but not fully.

Yea I wouldn’t have even questioned it if I was getting around 4GPM but 2 really had me wondering why.

Its going to fail will not stand up to sh. Just build a simple ball valve gun. When the ball is open you have full flow much better for your pump. That pump is made to run wide open.

I was thinking of using a ball valve but ended up putting together the gun. I was also thinking of just using a adjustable plastic garden hose gun. You don’t use nozzles and choke it to get a fan spray? PVC I’m guessing?

Yes I use j rod. They are stainless and yes it will fail eventually but i have had the same j rod and gun for the last 4 seasons i bet the Gilmore gun will not last that long. Just my 2 cents like I always says you gotta do what works for you

3/8s hose is an issue but may not be the only one. Quite a few vets use the Gilmore gun so if it works for you I wouldn’t worry about it. Wouldn’t hurt to try a ball valve too.

200 of 3/8" is killing it. Use 1/2" There’s a reason it comes with 1/2’ holes on the pump. Get rid of that contraption on your intake of your pump, whatever it is. Low volume low pressure 12V pumps, even a single 90 will effect the flow. The Gilmor will work, but they do restrict flow some. There can be huge differences in flow from even different nozzle manf. on the same style nozzle.