I’m debating on adding another Powerwasher onto my Flatbed that will be an 8gpm gear driven setup. I prefer all belt driven powerwashers but because space is an issue here the gear driven is the next best thing that has a very small footprint.

So here’s my question. I want to put this Geardriven setup onto one of my PW frames so I can plum it into the gas tank and it will be right next to the Belt driven setup thats on that frame. This is about 18" above the water line that comes out of the holding tank.

Do you guys think the Geardriven setup will be able to draw at least a foot up from the water line in the tank when the water gets a little low?

How big is the holding tank! It might draw when tank is full, but I would be worried about cavitation. I would try to find a belt drive system with a smaller footprint to be safe.

I have a belt driven setup that this one is going to replace because I need the room. The tanks total 800 gal but like you said I do have a concern about the cavitation. I had a gear driven setup in the past where it was able to draw when the water line was around 3" below the pump because of where that pump was situated.

You nailed it though cavitation is my concern here. 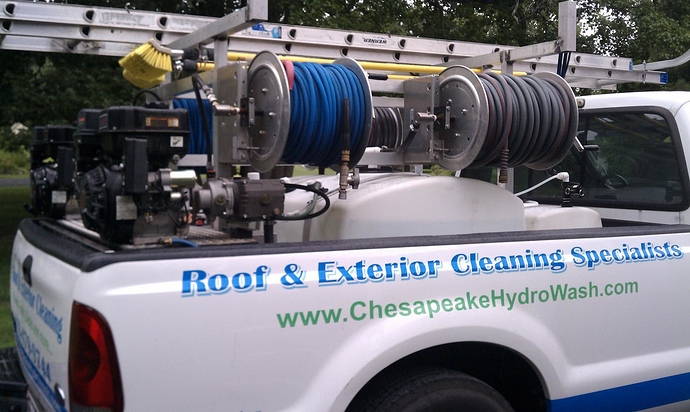 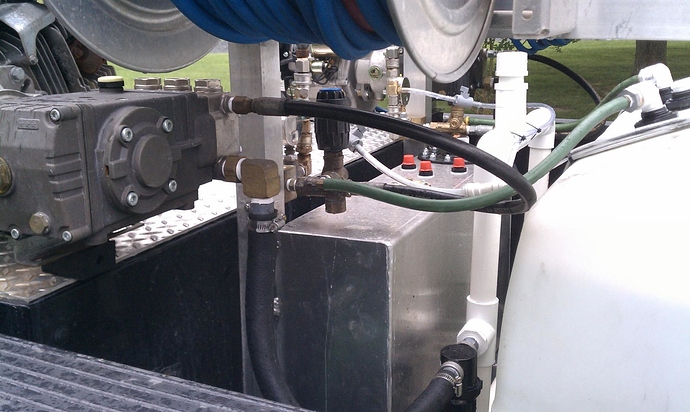 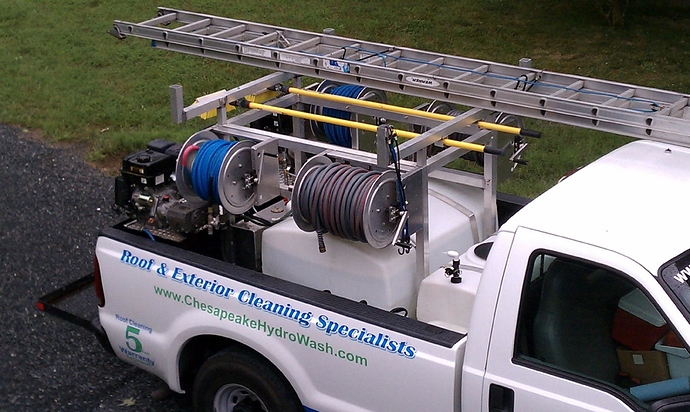 Perfect. That helps me a ton:cool:

Here’s a picture of where I want to do this. The left side of that 40HP Kohler engine where you see the open space is where I’m thinking of popping a geardriven 30hpKohler engine with 8gpm pump. 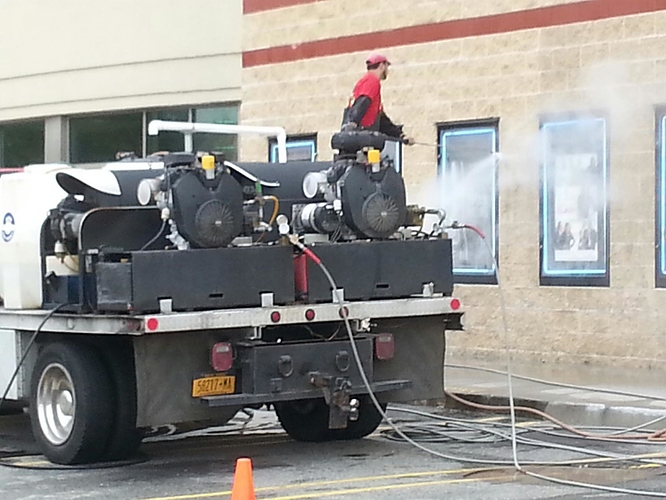 We have an inline on demand “screamer pump” between our washer, and 330 gal tank. Better safe than sorry!

We have one 8 gear driven with a 13 hp for house washing. Sits 12 inches above tank outlet and draws perfect with 3 ft of feed hose.

What kind of engines are those?

Sent from my SCH-I545 using Tapatalk

Cool. Have you owned them long? I thought about building a setup using one of those engines but was concerned about durability of them.

The one engine is 2 seasons old and the other just 1 season. My only problem would be with the fuel tank. The gas caps are not vented, and rely on a plastic vent built into the tank. If the tank is filled to the top, the vent can’t breath and the engine will only run a few minutes. We would just run them with the gas cap loose without any problems. I ended up adding a 17 gal fuel cell and fuel pumps so the machines could run all day without refueling.

If you’re on the fence about, you can also purchase the full replacement warranty when you buy the engine. I think its good for 2 years.

Has anyone ever tried one of these? … New 16HP Gas Engine Electric Start Side Shaft 16 HP | eBay … was thing about doing a pickup residential rig similar to Chesapeake’s in the future with a 5.5 pumps

[MENTION=7882]Chesapeake[/MENTION] Did you built that skid yourself? Also, what size buffer tank you using? Thanks