When using products such as Cling-on or Roof Snot, how are you guys diluting the mix using a dedicated tank on a 12V proportioner system? I haven’t found answer regarding this question after using the search bar.

Should be diluted in the tank already.

It depends on the concentration of your surfactant. I was advised to mix it till it’s a little thick, then you can just adjust up or down on the dial. I just ordered slo Mo to put into my 25 gal surfactant tank and not sure how much to put in yet. Might be 1 to 5 ratio for that since it’s so thick. May just dump the 5 gallon pail into the tank and fill with water (which would be 1 to 4) and probably just turn the soap dial to 1 normally. I too am curious as to how much other people put in of slo mo specifically…

Do as you said. Surfactant doesn’t need mathematical formulas.

Do not do that I gave the ratio for slo mo. If you put to much in one you will be wasting it and it’s not cheap second it will be to thick for you proportion valve the whole point of slo mo is that its bleach stable and you need very little. Why would you even bother with trying to mix it in a proportion valve you are wasting you time. If you are set on using that set up buy some inferior product like eleiminator or roof snot maybe kling on they will work well in you surfactant tank and you can run them in your proportion valve.

Well I guess he wants fine control over soap through a proportioner, I personally put soap in my sh tank and roll with it. Can’t say I’ve ever cared about how much soap costed me or how much I’ve used it’s cheaper than sh here. I kind of have an instinct now of how many clung clung’s go into whatever amount I’m mixing. Wether it be like runny water or thick like honey i put the same amount in, never had an issue.

I’m assuming you dont get slo mo in your neck of the woods. I agree with you. But slo mo is thicker than pancake syrup. I dont k ow why you would even bother trying to run it though your proportion valve. I’m not a fan of them anyway but that’s a different conversation. @Seandz please try it with the recipe I gave you. It works I promise. I only say this because I have made the mistake you are getting ready to make. But if you gotta figure it out for yourself I understand

I assumed he said put it in a tank and fill with water to dilute, I’m not sure you’d ever run thick undiluted soap through a proportioner like I think you mean that I think lol.

Slo mo dilution rate is 1 once per 5 gallons of mix. And its bleach stable I hope he has really big surfactant tank if he is going to dump a 5 gallon bucket in and try and dilute like I said I have made this mistake it’s not worth trying.

How much is that stuff? Sounds like the bees knees. I’ll see if I can get my hands on some here to try

I am thinking hard about all of it. I am going to do what @marinegrunt suggested and do the bucket test. I will turn the soap valve all the way on, water all the way on and put the sh valve on 4 like I usually do for roofs (95% of the time I use the proportioner is for roofs or concrete so 4%) then see how much soap it pulls. The surfactant tank is 25 gallons but will probably only fill to 18 so it doesn’t slosh out the vented lid while driving. Cody at south east softwash, who I bought the promixalot from, told me that he likes his tank thick and then just cracks the soap open. This way it will last a long time between refills and when I hit really steep roofs can turn it up higher to make it super thick to prevent run off. Is 1oz per 5 gallons the max? I know sap-it for example is 1oz per gallon but they say for steep roofs can do 5oz per gallon. SLO Mo may be similar? Only reason I thought to do 5 gal into 25 is racer suggested to mix my 6x green wash 50/50, and that stuff is 1oz per 6 gallons. He uses the regular strength and just puts it in undiluted, which is 1oz per gallon typical mix ratio. 1oz per gallon straight, or in slow mo case 1oz per 5 gallons but diluted 1 to 5, and then only mixing at soap dial set to 1 will insert 20% of 1/3 of the mix (water on high, sh almost high and then soap) seems like not very much soap. I’ll do the math, try a miniature mix of 1 cup of slow mo mixed at different percentages to find out what works best. Best to try it in small amounts first before ruining a whole tank and clogging the soap valve.

All of that made my head hurt. You owe me some Excedrin.

Instead of over thinking and over complicating just run tests. I know you’re always looking for exact answers but you’re never going to get them. All equipment is different or setup different so what one person does might not be the same for you. Same goes for jobs and especially wood. Every job is a little different. Use the knowledge you’ve learned from everyone and tweak it a little depending on what you’re dealing with. Rick has said the same thing to you. There’s no one size fits all for decks.

Green Wash is a completely different product so it’s not going to flow through the proportioner at the same rate that Slo Mo will. Plus, you’re using a completely different injector than everyone else so that’s going to affect how much it pulls. Just because someone else might dilute their slo mo to 50:50 or whatever doesn’t mean your equipment will put out the same number or ratio. I think it’s great you want to fine tune everything but there aren’t answers for that. Now, if you had the exact same setup as someone else you’d both be getting similar numbers. @Firefighter4hire gave you the answer to the dilution rate for batch mixing so that’s basically your answer. Although, since you’re using a proportioner you now have to run some tests to figure out how much you have to dilute it beforehand to where you’re getting that same dilution rate he mentioned which is 1 ounce to 5 gallons of water.

How many settings or numbers does your proportioner valve have? You mentioned setting it on 4 while testing for a .2 ounce to gallon ratio. Is 4 right in the middle? 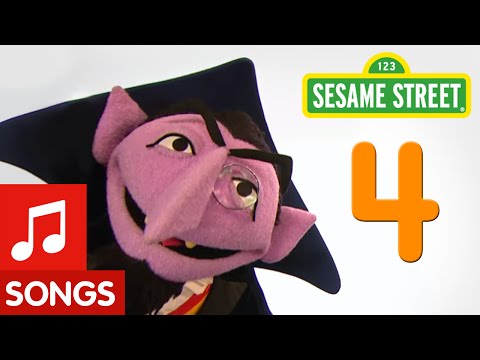 It works better. You use less

I like Elemonator because it seems to dry streak free. I assume you have the same result with slo mo?

I guess I’m not sure why if you rinse it off like you are supposed too why you care how it dries. But I also rinse with warm water