How often should the bars be changed out? What are some signs that it needs to be replaced?

I’m finding that they need to be replaced semi often. Even when they haven’t been hit or bent. The surface cleaner just kinda loses its power gradually. A new bar fixes it even though it’s not apparent why. Is this normal? What’s the underlying reason? Maybe it’s losing its symmetry.

From what I understand, it’s usually that the swivel is worn out. Maybe a new bar masks some of the problem for a while and then you’re back to square one. Have you rebuilt or replaced your swivel?

What brand? are you buying new nozzles with the bar? Do you have a bar saver? Swivel?

All whisper wash. One 20”, 24” and a 31”.
The 20” is 2yrs old and is working great. The 24” is about 6 months old and spins freely but doesn’t have as much lift as it’s had before. I changed the nozzles with no luck. Changed the entire bar and it’s working great again. I’m having some issues with the mini mondo. I think it’s defective. One bar spins more freely then the other and I’ve replaced both swivels. So basically we are talking about the 20” and the 24”. New bars seem to bring new life to them. Even when they’re not visibly bent. They have some rock dings and dents and rounded corners but nothing that I would think should noticeably effect performance. So I’m taking it that out of the people in this thread it’s not a common issue?

You want uncommon? Mines all jacked up !!! Wont clean concrete for crap. 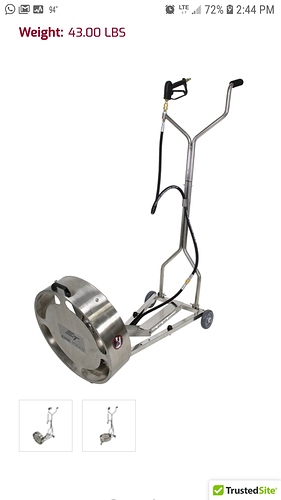 Let me know how the mini mondo plays out please. I haven’t ordered yet. If it seems to be an issue I’ll order another aqua pro. It’ll walk off and leave my little big guy

They have some rock dings and dents and rounded corners

I’m not that impressed with it but it could just be the defective swivels. I swapped them out and have some flatwork scheduled for Saturday to test it on. The worker was the first one to use it and he said the first 10min was amazing, then one bar stopped spinning fast. Swapped the swivel and then the other bar stopped spinning as fast. With the bar spinning slower then the other you had to walk so slow we didn’t continue using it. Went back to the 20 & 24

Another issue was there’s not much clearance between the bars and housing. I did a gas station earlier in the week and rocks kept jamming between the bar and housing. Never had that problem with the other surface cleaners. It shouldn’t be an issue on most jobs as long as there is no rocks or you can blow them off prior. I didn’t notice any rocks before starting but it was dark and it’s old concrete with a good bit of aggregate exposed.

I’ll do you more testing in different situations and keep you posted. I would hold off for now.

It’s crossed my mind but my 20in bar is rounded and works like a champ. Someone should make extra welds to reinforce the bar ends.

My 24” is on casters but it’s essentially the same as the aqua pro. I love it. It seems to be the perfect size for 8gpm

And to top it off, I order two sets of the 15” mondo bars to keep as spares. They were drop shipped from WW. WW sends me a 36” bar. Smh

??? What does that mean ,I’ve seen that alot on here

Yes definitely. He sent me two new swivels and I sent him the defective two. He’s been easy to deal with and fast shipping

Does the mini mondo use a filter?

I don’t believe they come stock on WW.

I think I got a lemon of a mondo. This is what I got with it this morning. 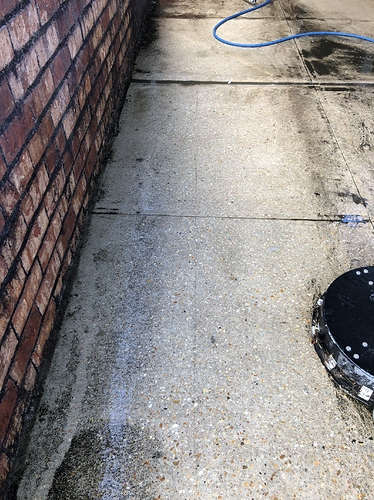