I don’t ask much about pricing on here because I understand the variables but here is my formula. Tell me if I’m way off.

I’ll use .10c for ease of calculating

That will include surface cleaning. And between 1-3 coats of oxlilac rolled on.

Does this sound like a feasible formula? I’ve done a few rust removals but I just eye balled it since it was a driveway. Added a couple hundred to the job. Looking at a commercial job now so I’d rather not eye ball it.

It’s basically these type of stains all over two parking garages. Planing to use the parking stalls as stopping points.

Hmm. Pricing is finicky and I’ve never done rust removal to that scale. I know @squidskc has and I think @SchertzServicesLLC did something big like that too. I could be wrong though. Here’s one I have to do on Saturday. It’s not so much rust but along the same lines. 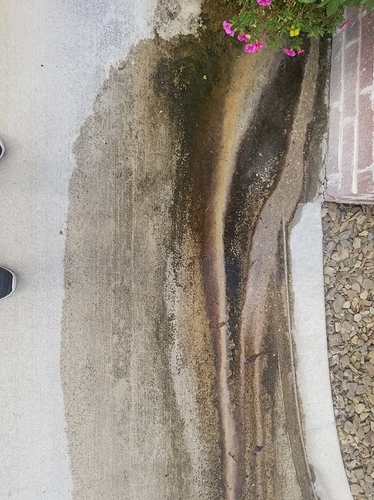 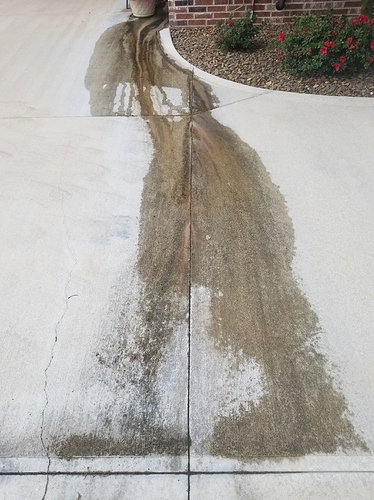 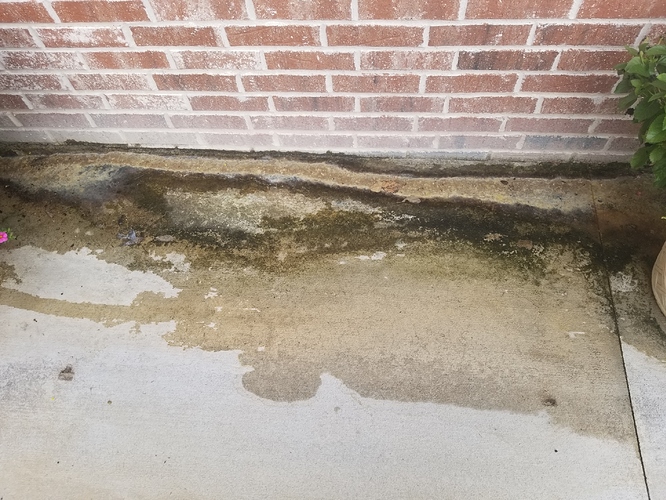 That’s about the rate I charge for commercial rust stain if I am doing hundreds of square foot. If it was less than a hundred I would charge more.

Use something that won’t require multiple coats rolled on. Charge the same, but more time efficient.

Have you had better long term results with phosphoric and or Muratic, rather than ox? Or do you prefer one of the branded removers?

For clarification, are you charging your proposed rate on all sq ft, since you will apply OX on everything (I can not see any other way to avoid a vast color difference in a spot treatment scenario) or do you only charge that rate for the sq ft to be treated and have whiter “squares” where application is applied?

What’s your product of choice? I’ve used rust remove plus and I have a gallon of f9 but I would have to order a lot more. Which if fine, it won’t go to waste.

I did a rust removal job with oxilac where the rust was caused from a roll off box on a residential driveway. It disappeared and I never got a call back but I never went back to look. Sure hope it didn’t.

I explained the appearance difference 3 times. They don’t care. They said it will get dirty and fade back in. I’ll get all of this in writing of course. I’ll be washing random parking stalls. The lines will be my stopping point

My exact words: I would recommend leaving the rust stain as is. The bright clean concrete adjacent to the dirty/not brightened concrete will look worse. To each is own.

Where can I get it by the fiver?

It just has hydrochloric acid in it lol. Does pressure works not sell HC or HF acid?

Not sure about your vendors but all of the vendors around me sell chems like “lumebright” “pontoon cleaner” “flashback” etc. They all say aluminium brightener or something similar. It will take rust or red clay stain up in a hurry. Caco girl mentioned before that ox is only good for certian rust mostly older metals will lots of iron. I would think alot of that rust in the pic is not the same.

Never did a job like that one so im not much of help.

The rust is from iron re bars I’m told.

I can see toilet bowl cleaner if you’re in a bind or only have a small spot. Muriatic is basically the same as Hydrochloric so would be a lot cheaper buying by the gallon or case.

I have no intention on using toilet bowl cleaner lol. Not that it won’t work but I’ll stick to the tried and true. I’ll likely have plenty of oxalic and F9 on hand. I’d prefer the ox due to cost but I’ll use whatever produces the best results.

I didn’t figure you were. I was just kind of commenting in general. I got a kick out of you asking where to get it in fivers. I was going to tell you at Sam’s Club of course.

I’ve had pretty good luck with oxalic on concrete unless it’s really dark rust stains or stains that you can tell have been there for awhile. If not I use F9 Barc. It’s by far the best out there. I always try oxalic first though.

I use the unpopular hydrochloric acid Spray on… let sit 30 seconds and rinse off.

What’s your dilution ratio for the muratic?