Anyone clean wooden swing sets before? Should I treat like a fence cleaning with caustic soda, and oxalic acid? It has a vinyl fabric roof.

Where do you get these chemicals?

I have one sitting in my back yard that I have been staring at and scratching my head. It doesn’t look that hard to strip. I think you’re on the right track. But staining it looks like a pain in the rear. You have to mask/remove every rock on the rock wall. You have to take off the slides. Lots of little stuff like that. I might do mine just for giggles, but I don’t see anybody paying enough to make it worthwhile.

Where do you get these chemicals?

Amazon. They are about 15 dollars for 5 lbs.

I think they are going to stain it so I’m felling better about doing it.

It is cedar, too. If you’ve ever done a cedar deck, you know they are soft and fuzz up easily. 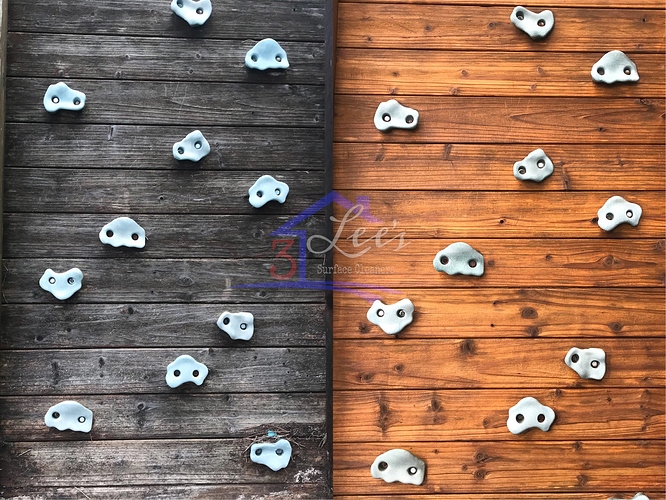 I did a little experimenting on the bench.

Lower right spot is where I cleaned it with the caustic soda. I put a drop of oxalic in the middle to see what that would do. The caustic soda cleaned it up and gave it a nice orange color, but then the oxalic bleached it out a bit.

Lower left was percarbonate with a dot of oxalic. Percarbonate gave it a natural wood color, but the oxalic lightened it up to look just like the other one.

Middle left was SH with a dot of oxalic. The SH bleached it out and made it white. But the oxalic brought it back to life a little bit.

And if you look way up in the top right, that is a dot of straight oxalic. That looks pretty good by itself. 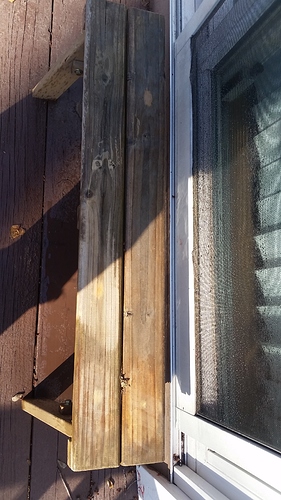 But two days later all those interesting subtleties of color are gone and it is back to gray. 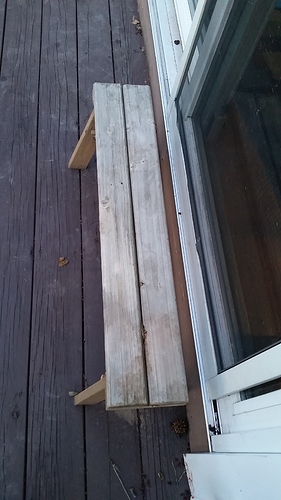 You still need to hit with medium pressure no matter what you put on it. Do that tomorrow and let dry and show us that pic

Interesting. I bet you’re right. I will definitely try that. With such a small sample, I just rinsed it off with fresh water in the pump sprayer.

Normally I’d prefer to gouge an eye out with a dull spoon than read about wood restoration, but this is actually a much more interesting thread than I would’ve imagined.

The lighting on that pic looks really good. What do you use for your pics?

Just an iPhone 10. Portrait mode and pic collage to add my watermark and put the before and after pictures together.

One thing I need to do is get my Lance off of my gun. Too many tight spots to manuveur around.

I think I might downstream the caustic soda. I’ll be there all day with a pump up sprayer.

I know SH works for the awning. Would caustic soda work as well? 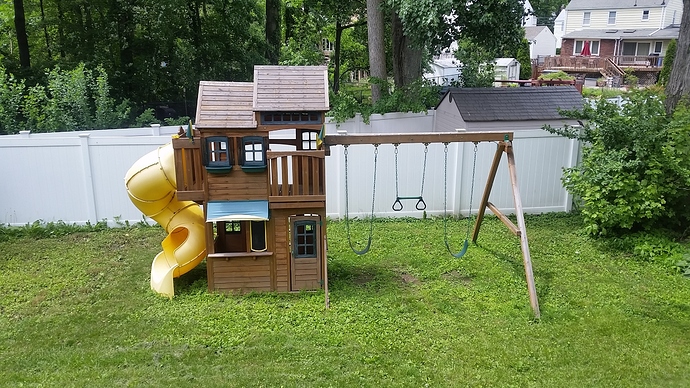 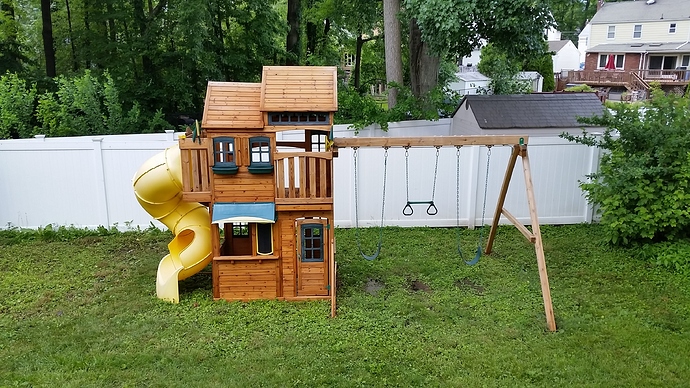 Awesome results. How did you clean it? Pressure? Chemicals? Do tell

Well, Kenny seemed to have good luck with the percarbonate and oxalic, so I adopted that approach. I put 8 oz of sodium percarbonate in a 2 gallon pump sprayer. I let that sit on there for 30 minutes, misting it occasionally. Racer said to go with 1000 PSI for cedar. I popped in my jrod soap nozzle. It didn’t do much, but that was not surprising, since that’s only 40 PSI. So I switched to the jrod rinse nozzle, which should put out 640 PSI. Honestly, I felt like the percarbonate didn’t really do anything and the 640 PSI was blasting everything off and actually tearing up the wood a little bit. It was too much pressure. But that’s how I got it done. Then I put 8 oz of oxalic in the 2 gallon sprayer and went over everything. That definitely brightened it up a lot.

Nobody seems to talk much about the fan on here. They just say use this pressure for this substrate. It seems like part of the equation is missing.

1000 is max for cedar - the 640 should have been fine. 25 or 40 deg, just hold it a little further away. I usually just use my adjustable wand w/ 40 deg tip and use just enough pressure to get job done. Even a few inches difference will affect pressure pretty dramatically. That playhouse wasn’t real dirty. The percarbonate basically just loosens the dirt and stuff up, doesn’t make it disappear. That’s where the rinsing comes in. Looks good tho, nice job