That’s what it’s supposed to do, after applying SH you pressure wash it and rinse 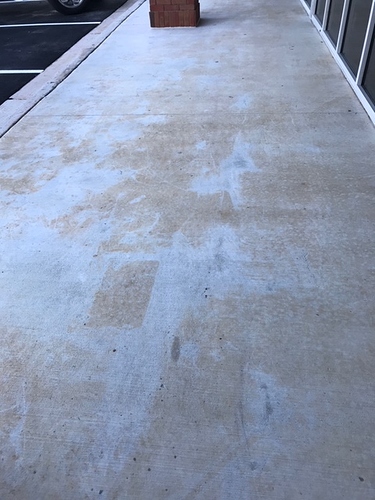 Thoughts on what’s going on?

No idea… @gbattle is very knowledgeable on concrete

I was thinking rust until I saw the picture. The concrete at my shop was poured in march and if I spill even a drop of sh it rusts it. The downspouts of the gutters also have fairly large rust spots under them. I’ll take a few pictures next time I’m in just to prove it. You may have him try oxalic acid just to see.

I even post treated a random square in the lot just to see if it would cause any discoloring in the future. I don’t know why this concrete rusts so easy just from the water from the downspouts. I’ve even looked on the roof to see if there was a source but nothing. You can tell the inside of the gutter itself remains stain free but the concrete is obviously staining. A decent oxalic mix and a light brushing with a deck brush to keep color consistent took it right off. I even posted a couple pictures of some random stains in the parking lot that would become far more noticeable after cleaning. I would still try treating it as rust just to eliminate it if nothing else. But it’s my birthday and I was doing this wearing my good clothes. I wish him luck with it rather way! 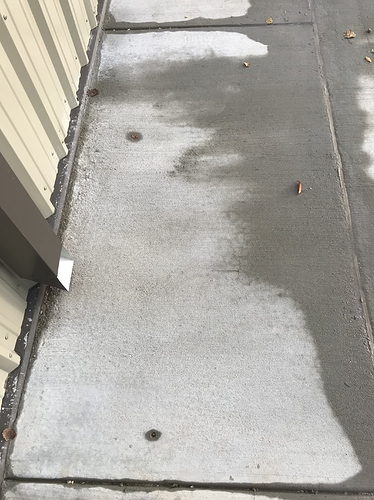 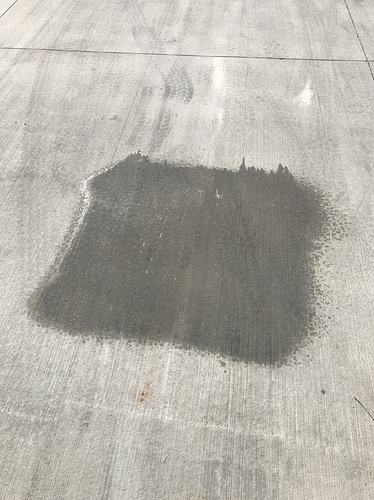 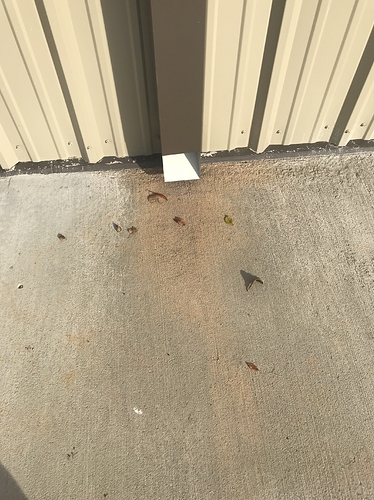 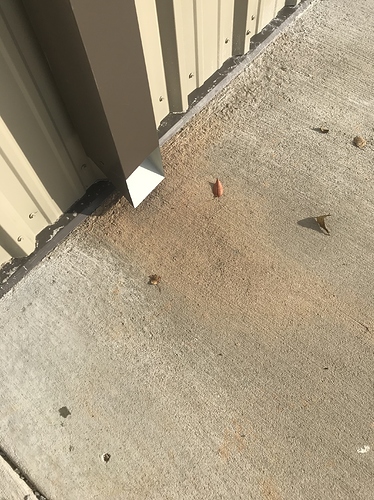 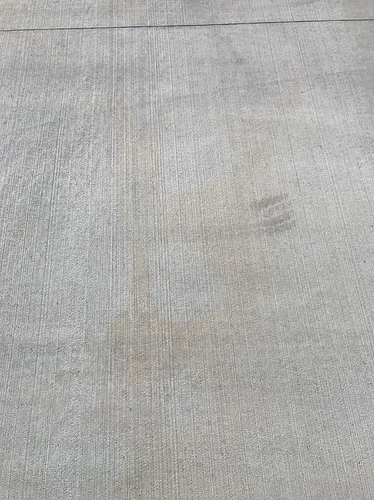 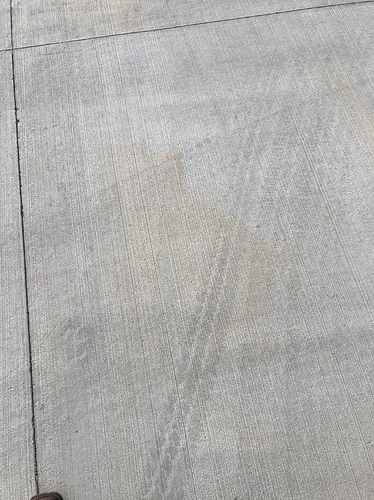 Oxalic, an acid could have been used to brighten then the contractor that cleaned it with SH, an alkaline, altered the effect of the acid, or embedded blown dirt on fresh pour ?

Not really.
What cleaner did they use with the SH?

It was a potassium hydroxide based alkaline cleaner/degreaser. It’s been used many many times before with SH.

It does looklike rust. Could using metal to smooth the topcoat keave enough trace to have this happen? Maybe the concrete has marble filler.

Truly strange, because it looks like something happened during its pouring or curing process. Doesn’t look like a spray pattern, specially with that rectangle shape.
It appears to be darker the closer it is to the building, so sunlight might have played a part, perhaps if it had a plastic cover while curing

Maybe previously applied sealer that has not totally broken down and is still adhering in patches? Close up pic of surface of possible would help.

If concrete is over watered at time of laying or if rain hits it excessively after finishing the fines can rise to surface and create a weak layer called laitance, this will crumble away leaving harder areas, the harder and softer areas also absorb stains at different rates causing a patchy look.
Happened to a slab I poured years ago on my verandah, I sealed it to hopefully harden surface however foot traffic etc produced a similar looking surface as coating broke down and concrete was exposed.

There’s an area that looks like a roller went a foot or two that has stained. There’s more to this story than you’re being told.

If it is indeed rust maybe from grinding metal, like for rebar.

It’s only 6 months old. I don’t see a sealer failing like that. I don’t even imagine it really being very dirty. You would have been able to see that. Must have been caused by the pressure washing. It sounds like there is nothing weird about the chems, so I’d look at the water. Maybe he gave somebody a free hot water heater flush all over their front sidewalk. Maybe a rusty old pipe full of water that nobody ever uses.

To me it looks like someone painted it ( see the line where it lapped over the curb on the upper left), then washed it too hard

Okay, well, it looks like we aren’t really sure what it is.

I did ask for a close up picture but I’m not sure I’m going to get one.

Thoughts on fixing it???

Try an Arsenal of chemicals until one works or you’ve depleted your arsenal. That’s really all you can do if your unsure what it is