Issue with deck one year after cleaning

Hey guys so a year ago I cleaned my first deck.
It was for a family member. I’m just trying to figure out what happened and what I did wrong. The deck was severely neglected it needed to be painted but was covered in black. I cleaned it with SH and than used OX afterwards. The deck came out great (except some of the spindles and railings started to fur) which I was told there’s not much I can do to prevent that. However this is when the problem occurred a few days to a week later the deck really lightened in color and almost started turning white. That family member is currently painting/ staining the deck (a year later) so I went there to take a look and over the course of a year the deck got extremely lighter in color and is even whiter.
There painting it now so it’s not a big deal but if they weren’t it would be a problem and if this was for a
Paying customer definitely would be an issue/ call back. What caused this? I’m assuming too much OX ? I probably used more than I needed but what do you guys think?

Do you have photos of it? 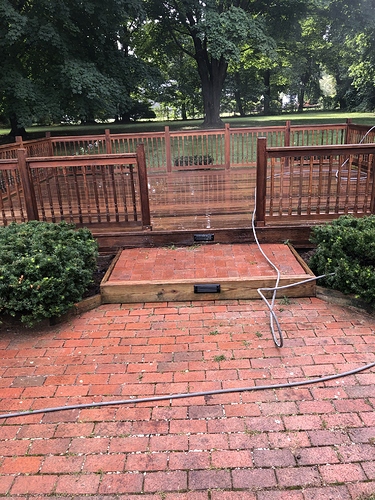 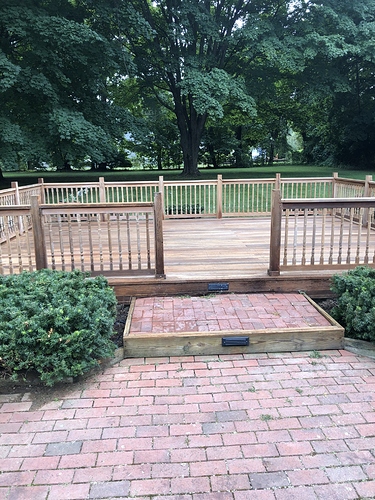 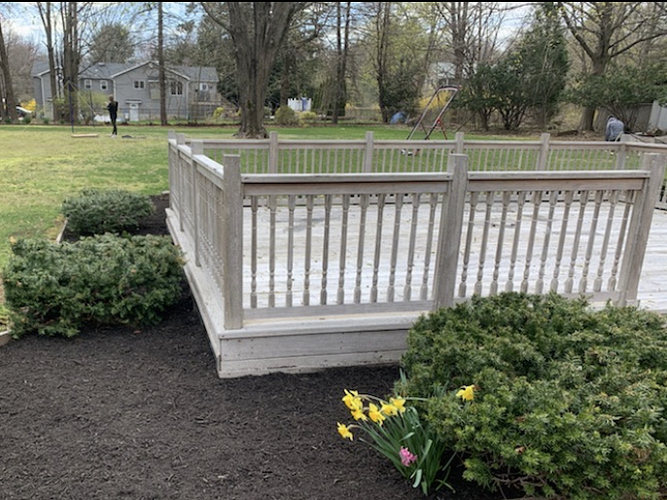 The first two pictures were on the day I cleaned it one was while it was still drying the other was after it dried. The third pic was taken a week or so ago.

That’s what too much chems can do to wood, sometimes takes away the natural look or grain in the wood. If I were to use SH I use basically a HW mix. I only use that if it’s the wood is real green. Most of the time I use sodium percarbonate with a little sodium hydroxide, dwell and rinse then citric acid, dwell rinse really well. I have had good success this way, takes a little longer for sure but turns out nice and wood in good shape afterwards. Preference I assume in how you do it…

It appears to me that you probably used to hot of a mix of SH. Did you pre soak the deck before applying SH? We will only run 10% (downstream) on lumber unless it is so bad that tearing it down may be an option. You were spot on with OX after the fact though…

So my process start to finish. I pre- soaked all the wood and all the vegetation around the deck. I DS straight SH, I’m running about a 10-1 ratio. The Deck was extremely green and black. It was neglected for probably 15 years. I let the deck sit and dwell for 10 -15 minutes making sure all the wood and plants stayed wet. Than I rinsed thoroughly. After rinsing I applied OX using an X-jet ( I think that was a mistake probably should have just used a pump sprayer) I don’t remember how much OX I added I’m assuming too much. Sprayed the deck with OX I let it dwell for 10 minutes and rinsed it very well.

Is that from too much SH or OX or both? I wanted to use sodium precarb but it was so bad I didn’t think anything but SH would work

Too much SH… you probably didnt rinse properly either

You can go back with a white tip and take that white off. It will fur but it won’t be white. Tell the customer the deck can fur from the cleaning. I usually don’t do wood decks anymore too much of a pain in the rear end. I use to tell them $ for sh and rinse or $$$$ for doing it the right way. Never had a customer pick the more expensive route. Most people just want the deck to look clean.

Sheesh guys, I don’t know where everyone else live, but around here wood exposed to elements look like that after about a year unless recently treated, then it takes 18 months. Called weathering, lol. The deck is fine, you didn’t do anything wrong @B16bri. I tell people everyday when I clean wood that it’s going to look exactly like that in a few months unless they stain it.

Didn’t rinse enough. You have to rinse your heart out and then rinse even more.

I think you missed the medium pressure “pressure” cleaning step?

It was neglected for probably 15 years.

If a customer neglects a deck so that it turns black and green, I’d think white would be a real improvement. Having said that, I will follow with the advice that pressure treated and salt treated woods should be stained and not painted.

Everyone’s got their opinion, here’s mine.

Like with laundry, SH can be useful to brighten certain porous or fibrous materials but for those materials or surfaces it isn’t in the same conversation as chemicals which actually clean i.e. break bonds (sodium hydroxide, sodium metasilicate, potassium hydroxide, sodium percarbonate, etc). Following my analogy, you tried to wash your laundry with just chlorine bleach instead of washing it with a soap or detergent and then neutralizing/brightening with an acid such as oxalic. Like with over-bleached laundry, the fibers of that wood are now burned and weakened.

If you could do that deck again, or another like it, I recommend replacing your SH with sodium hydroxide (use serious personal protection) and basically follow the same steps right through brightening with oxalic.

However this is when the problem occurred a few days to a week later the deck really lightened in color and almost started turning white. That family member is currently painting/ staining the deck (a year later) so I went there to take a look and over the course of a year the deck got extremely lighter in color and is even whiter.

Did you see the deck a week later? Or did they just tell you that it lightened?

Because a year later, that’s what a weathered deck will look like after being properly cleaned like @racer said.

I saw the deck a week later and it Lightened up a little bit, but the deck still had an untreated natural wood color. It looked completely different than the picture above. That was the last time I saw the deck in person. That picture I posted of the deck looking all white and gray that was a pic the family member sent me a week ago which was a year after cleaning.

Based on that, I think you’re fine in what you did. Decks will gray back up anywhere from 6 months to 18 months.

They lost their window to stain it though. It needs to be cleaned again.

The only reason I say you may have used too much SH and did not rinse enough.

Because in the week later post pic it looks gray in some spots slightly.

It looked great when it was wet and on the job. Ask me how I know what happened.

I have done it also. Simple mistake simple fix.

Do it again. Best of luck in the future.