Hydrogen Peroxide instead of Bleach?

I found one supplier, but in liquid form it is $90 for a 5 gallon pail! That would mean I would have to pay around $1,000 for roof cleaning job.

I’m wondering if we could buy it in a powder form in bulk? I found this site:

It is based in China. It is $1,200 per ton. It advertises as “industrial grade”. However, I can’t find anything on what strength it is. Has anyone tried using powder hydrogen peroxide mixed with water to clean organic matter (roofs, concrete)? Any thoughts?

It’s a gimmick that pops up every few years when vendors think people have forgotten. It does not clean as well as bleach, is more expensive, doesn’t meet required cleaning agents for AVI or ARA. It’s not a less harsh chemical. That’s not comparing apples to apples.

I need to know more about this math…how is 55 gallons even remotely feasible on a roof job? 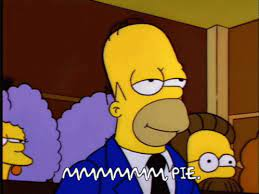 I keep reading how bleach doesn’t kill the roots of mold, ascetic acid looks promising. Vinegar typically has about 6% concentration.

I would imagine it has to kill the roots, since it goes shock yellow/white, then falls away. Never seen any claims of it coming back after we clean it either.

I mainly think it would work better on wood and porous surfaces, SH seems to do fine on vinyl.

May do well on wood, especially when you’re doing a restoration process in addition to cleaning…but most of you guys know better than me about most of that stuff…

Hydrogen peroxide is better, wayyyy better than SH… for minor cuts, scrapes & burns. I like to downstream about a 2.678654657% mix on a paper cut.

In other news, SH is probably the magic potion you’re looking for. Let the Wizard tell you about it… My stuff comes from St. Louis via a local distributor in TN & I’m honored to give them my money to say the least.

Where are you reading this nonsense?

and I misread again…I read moss, but equally nonsense, lol

Where are you reading this nonsense?

Hold up, let me get my man Orville Ridenbacker to sit in on this one, oh here he is. Nevermind all that. Carry on…

Technically he is correct, it would take multiple coatings of SH to kill it. It is the way SH works. In layman’s terms, SH stops working the second it comes into contact with the material. This is why you spray volumes of it on very heavily algae/mold areas. Basically you spray it kills the top, your volume knocks it down, you spray it again, it knocks it down, you spray it again. I’m not saying you spray the same place three times, but you may be wiggling your hose around or fanning back and forth. Or you go over a bad spot several times. Some folks on here might actually increase their mix ratios to get more SH in the area.

Another chemical no one on this forum likes works better than SH, but it requires agitation. It doesn’t stop working on first contact. Very good on open grained horizontal surfaces. The reason it requires agitation is to move the chemical around and make sure it gets to the bottom of the issue.

I’m well versed on the research I’m stuck on the nano micro thinking of wanting to kill every atom deep within a crevice. This is cosmetic exterior cleaning not open heart surgery. The roots of mold?? Where does one stop lol.

If I were you, I’d be too busy enjoying that fancy boat to be caught hangin around here haha. You catching anything cool lately?? Tuna, marlin, tarpon, etc… ? Inquiring minds want to know.

I haven’t thought about it in a few weeks, I pulled a thigh trying kick over a buddy’s kx500. I’m not happy.