I’m a bit frustrated with my remote injector setup. The past couple days it just doesn’t draw much, even after swapping injectors and verifying my electro valve is working by blowing through the hose.

I do have the bucket on the ground though, but even with it in the trailer it really doesn’t draw worth a flip compared to the old way of dropping the hose in and turning the plastic valve.

Is there a maximum hose length these things will draw with? Is my valve junk? 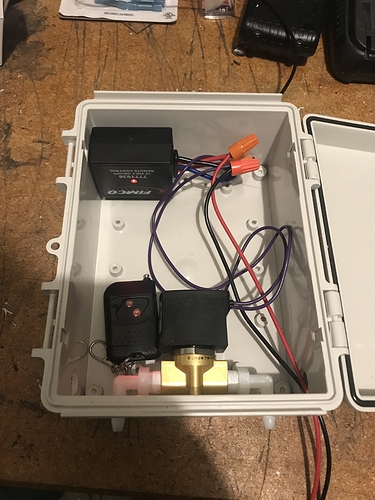 My inlet hose is about 4’, outlet to the injector about 5’.

That’s 9’. Don’t know how much others have but my total is maybe 6’ Was it working better when you first used it? Are you flushing it each day? How long was your pull the old way?

It was pulling pretty well at first, only took a few minutes for algae to turn brown for rinse. I’m ashamed to say i haven’t tested the draw rate.

I do flush with plain water after using, regardless I’ve snapped the spring inside within a couple weeks, probably due to the trapped unloader slamming all the time.

The old method only had about 3-4’ of hose going to the injector. I had to use it today, the remote just wasn’t cutting it.

I’m leaning toward the valve at this point. It isn’t exactly free flowing when i blow into it.

Asking because curious, what type of filtering do you have going to the injector?
Pretty careful with my Chem tank, but was thinking about contaminates and what the standard cage will catch.
I like the idea of the remote, but I like to keep it simple. Each addition increases the chance of failure in any system.
That and I don’t mind walking back to switch injector to the clean water pail. Gives me a chance to take a look from far away, plus I need water a lot, I use the break to keep hydrated more than anything lol.

I may also have to mount it on the other side of the trailer, it’s closer to the engine right now and was getting a lot of heat. Once it cooled off the valve seemed to click louder like before.

What size is the valve?

Is it full port?

Russ’s dual injector was doing the same thing for me. It was the muffler being too close and causing the electronics to heat up. After I moved it no issue.

Russ’s dual injector was doing the same thing for me. It was the muffler being too close and causing the electronics to heat up. After I moved it no issue

Excellent, thank you! I’m moving it away today.

On a side note, anyone figure out a way to better ventilate heat in small trailers? Install a 12v fan perhaps? I leave the door open of course but man it gets hot in there.

I ran inverters with box fans when I had enclosed trailers and box trucks. Just hook inverter to pressure washer battery.

Are you flushing that brass valve out after each job? Not at the end of the day but each job?

Buy the US solids brand from amazon. I’ve had good luck with them in the past.

Are you flushing that brass valve out after each job? Not at the end of the day but each job?

Yeah, every job. It was the heat causing it to not open all the way, once it cooled off it worked normally. I moved it to the other side but may just stick it outside with some magnets when I get to the house.

Buy the US solids brand from amazon.

Thanks, I’ll check them out.

I have tried those valves on multiple applications. Downstreaming and using one for spraying salt brine in the winter. I can tell you from experience that they will get hot and overheat if left on very long if it’s -10 or 99 outside.

Especially if they are mounted directly above a hot exhaust pipe in an enclosed trailer.

US Solids makes an actual ball valve so it doesn’t “stay on”. You’re probably thinking of their solenoid that clicks and stays on until you turn it off. Those definitely get hot and overheat.

I thought that’s what he had. Didn’t look good I guess.

He might. I thought you were replying to Harold’s message about the US Solids.

My ball valves are $200 a pop and don’t produce any heat or use any electricity when open.

No this is just a solenoid valve, ‘normally off’. 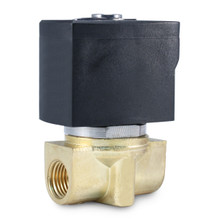 This is a 1/4" 12V Solenoid Valve that works well with water, air, gas, diesel fuel and vacuum. Operates normally closed and has a solid brass body. This 1/4'' Valve will work well with a wide range of projects.

When it fails switch to a US Solid 12v ball valve. It won’t get hot and eventually overheat like a solenoid valve. The only time power is applied is when it’s turning to open or close for those few seconds. With the solenoid valve power is constantly on when in the open position so they get really hot which will eventually lead to failure. That won’t happen with a ball valve. 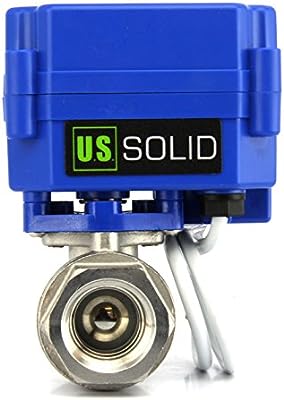