Competitor Screw Up, or What?

Got called to see if I could “fix” work performed by another company. I should probably know the answer but, what went wrong??? What am I looking at??? Is it etched???

Driveway is almost 3 years old. The property sits right on the water in Southern NJ. It sees direct sunlight, so it shouldn’t have needed a heavy duty cleaning. Homeowner said the PW company used a surface cleaner approx 14" (probably larger, but that’s what he said). 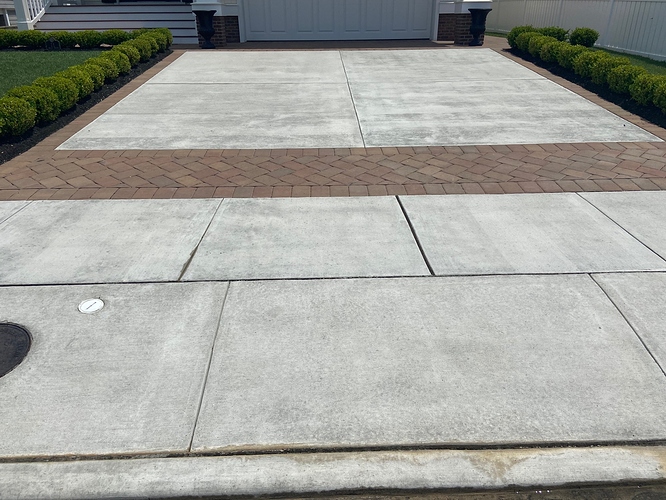 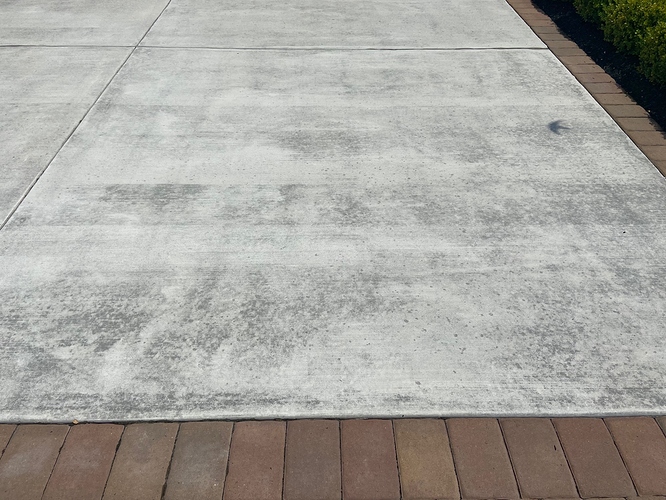 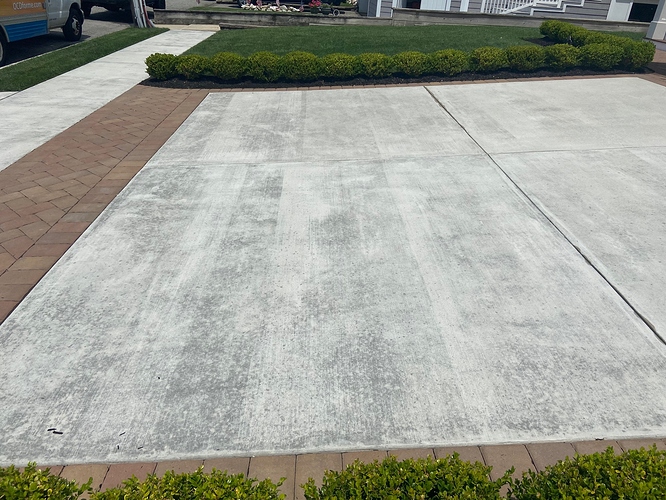 I don’t see any damage, just a very poor cleaning… looks like they didn’t use SH or not enough and they went too fast…

That’s the thing though - it didn’t really need a cleaning in the first place.

What you are seeing isn’t dirt/grime/mold/etc. The driveway looked better BEFORE the clean. Those darker marks appeared after the cleaning. They were never there to start.

Looks dirty to me, Honestly… Do you have pics of the before? Since it looked better before the cleaning

Yup, I’d try what @PWP5gpm said, looks like regular mold to me, if it’s not, I don’t know what it is, then I’d walk away lol

Those dark areas look like it was the way it cured. There is no way anyone made lines that straight and crisp with a surface cleaner.

This is a pic of the house they had taken in late spring this year. It’s not the best photo because it is more of the house than just the driveway itself. 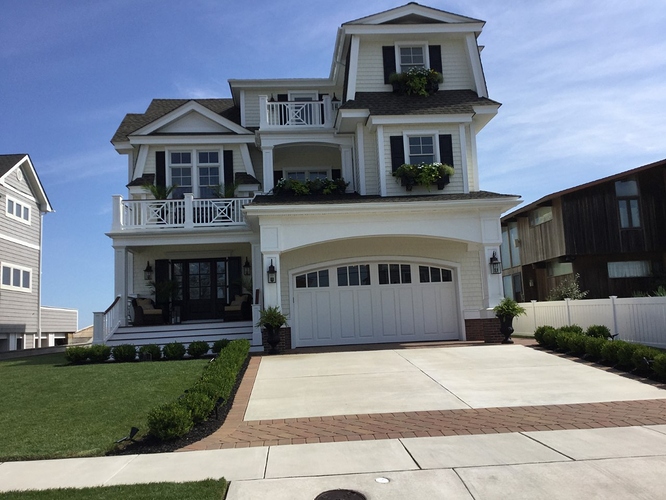 Coustomer’s lie, specially when something is damaged… I wouldn’t take there word for it… Could be an old photo… Looks dirty to me!

Honestly, Spray some SH in a corner… let it dwell and clean it off… See what happens…

I have a random question for you full-timers on a house like this would you just treat those plants in the window like any other and rinse. Or would they need to be moved I feel like they would just cause problems.

Agreed. Thought that myself, but wasn’t positive.

I need to be rather certain because the builder was the person who recommended me to the homeowner. Unfortunately, the homeowner didn’t ask until after he hired the McDonald’s power washer in our area. I don’t want to throw the builder under the bus. The homeowner is pissed and will be going after someone.

I can see the lines in this photo.

Dude, that’s not your problem, and you shouldn’t make it. I would go to he homeowner take your wand and do a very small area and show him it’s clean and that the last guy uncovered imperfections in the concrete.

I would probably not do anything at all though.

I was wondering the same thing. You have to admit though, they are now much darker after the power washing.

Possible some of the surface concrete cream was removed?? Is this why the lines/stripes look much more pronounced now?

HA!
Walk away…
Remember reading a ton of that phrase when I was doing all my starting out research here.

One problem. The builder (the one who referred me to the homeowner and is CC’d in all our emails) contributes 6 figures to me a year. Really don’t want to piss him off by telling the homeowner it is imperfections in his concrete (sub-contractor of the builder).

Or it was going to rain ,so they put plastic on the fresh concrete and put 2 by 6 boards on the plastic to hold it down,in my opinion that is a substandard concrete finishing job

The absolutely best thing you can do is stay out of it. It looks clean to me. You can try a little spot, but it’s clean. Fully 1/2 the drives around me that have been poured the last 5-6 years look like that. Just the moisture in the concrete when it was finished. But could be several reasons. See link below and click on the sub headings in the article.

The good thing is as it gets a little dirtier will become less obvious.

Thanks for the link.

And yes, it is definitely clean. It just doesn’t “look” right. I think I need to leave the homeowner out of it and give the builder a call tomorrow to discuss. I’ll let him know what I (all of you) think and he can do whatever he pleases from there.