Anyone know what this is and what might work on it. 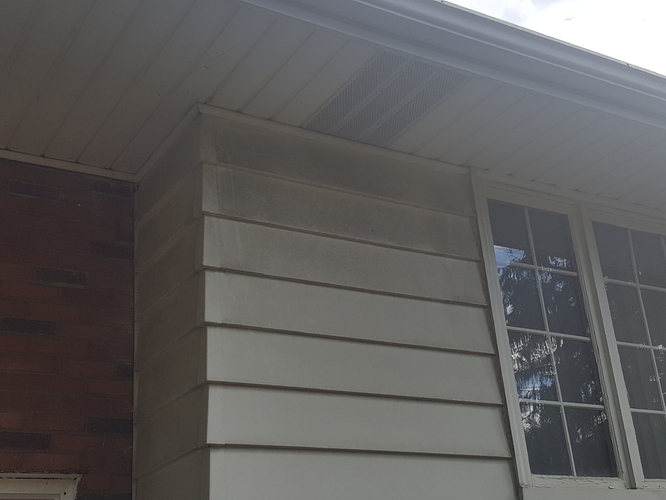 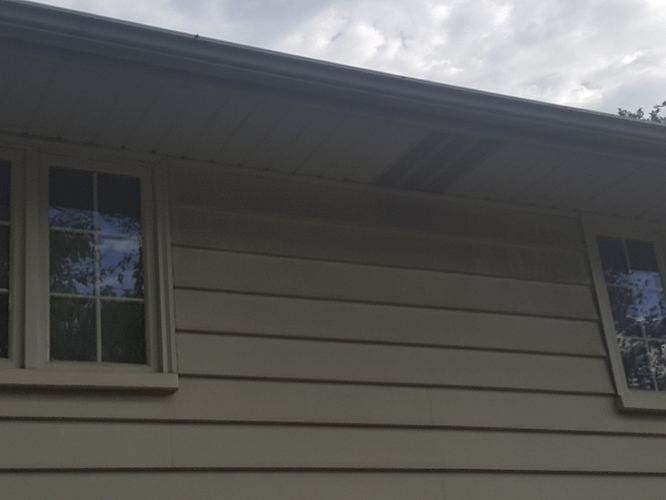 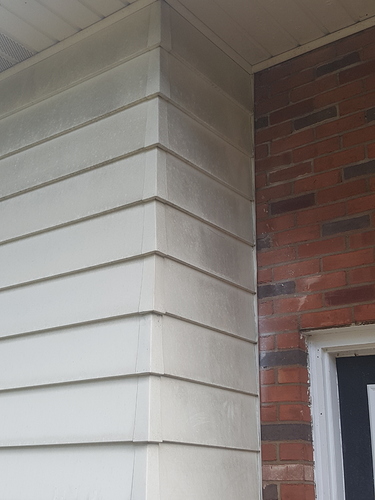 Looks like a mix between oxidation and mold/dirt buildup.

It’s a friend’s house or I would never touch it. But they asked me to try so I agreed. I don’t think it’s organic. I put some pretty strong Sh on it with no results. Tryed some degreaser and slight agitation since there is little to no oxidation. Seemed to make a little progress but it was barely noticeable. It almost looks like smoke damage to me. They have no idea as they recently purchased the home.

I find it weird that it’s only at the top. Here’s a theory, however farfetched you may find it. Is the roof tipped upward possibly? If so, water runoff could be missing the gutter, if there is a gap between the gutter and the house, and running back across the soffit/eaves onto the siding. It could be tar from the roof. Does that make sense?

I understand what your saying. Seems possible. It is odd. It’s on the front and the back top 2-3 pannles only with gaps. But the sides without gutters are clean. I wouldn’t even begin to know how to get tar off of aluminum without stripping or bubbling the existing paint.

Yep, I can’t help ya there. Maybe someone else has some insight.

It won’t come off. It’s baked in the cake. The best you can hope from aluminum siding is for it to turn out like that.

I’ve washed exactly two houses with house wash DS and 6 to 1 with the x jet and no change. Aluminum is a huge pain my friend.

Ain’t that the truth

It is possible it could be smoke from a barbecue grill, if it’s only on the back of the house.

oven cleaner but I’m afraid to put it on aluminum

My next stop would be an acid, like One Restore. But I wouldn’t hold out much hope for that, either.

The things we do for friends

we just put a stronger degreaser on it with zero results. Maybe I’ll jump on the zeps bandwagon next!

I would try F-13 from Pressure-Tek. Wipe it on, find out if it’s oxidation. Get your friends to foot the bill for a gallon. 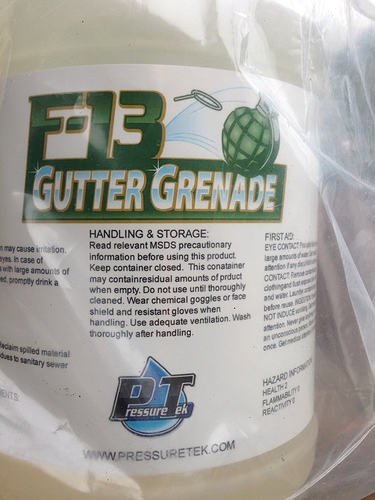 I really have no idea what f13 would do to aluminum siding. If it starts to strip the paint fast it’s going to leave streaks all the way down the house. Anyone ever try it?

What’s your go to place to purchase one restore. I haven’t used it yet. Mine as well give it a shot.