I did a job for a small store today. I gave the owner an unreal discount because of who referred him, and while I was in the middle of working, he came out to ask if I could do a range of additional things, for no additional cost. I politely refused, and he told me that he knows a guy who will wash his entire store, the surrounding walk paths, and clean the windows, all for $75. I laughed it off, and informed him that I’m not a violent offender or a crackhead, so I won’t be offering that. Apparently the guy also claims to be carrying insurance (I doubt it). Anyhow, I thought you all would get a good laugh out of this.

so, did you get paid?

I thought we should encourage others…

Wishy & washy are pretty much polar opposites around here.

You still salty over a thread a week ago? I didn’t realize we were in high school, but I suppose you’ll grow up eventually big boy

Yeah, why wouldn’t I get paid? The guy was a bit of a clown but that would be one hell of a foolish way to operate a business.

Nope, it’s very solid touchy-feely talk, but nothing wishy-washy about it

I wish-we-washy more…but too many things need to be fixed first before I start booking more than 1 truck, lol

This is what happens when PW gets put on hold for a couple months, sarcasm gets elevated.

Listen at @JAtkinson making posts about how slow it is from his private jet.

Surely you can’t be serious… 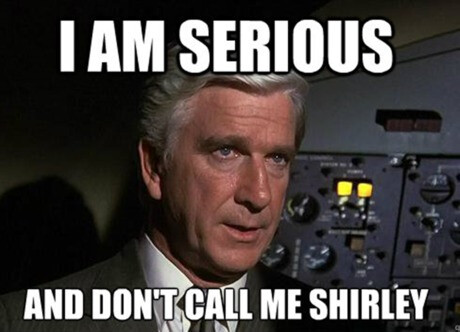 I suspect the guy who referred him to you wanted you to experience this customer just to see how mixed up people can be. It is worthy that you declined his request for extra service…while you’re here could you do this or that? There are screwy people everywhere and I keep trying to develop my sensory organs to be better at sorting them out even before giving an estimate.

When I told the person who made the referral, the response was a drawn out “what the f…” I guess he didn’t realize that his friend was really a cheap [illegitimate child] who only likes to talk like he has money. But yeah, I should have recognized the signs (in hindsight) and just politely declined. It’s frustrating because even though I did way more that what I charged for (so much gum…), that clown will never realize the deal he got.

When I told the person who made the referral

I’m not allowed to talk to my friend?? Why does it matter to you?