So far I’ve done face book ads and they have done great but I’m trying to gain a lot of knowledge on how to market so I can be ready to go for next season.

Everyone has an opinion. Mine is that a legitimate business doesn’t use them.

If you’re after a professional image keep the litter off the streets.

Tip: when doing oil changes slide a few underneath to absorb any spillage. Various other uses for them just have to be creative.

I’m not a fan of leaving them on random street corners and such. But I usually stick one up in a very obvious spot when I’m washing a property. Depending on location of the property and the logistics of me getting back by there, I may or may not ask the homeowner if I could leave a sign in their lawn for the week. I come back a week later and pick it up. Works really well I’ve found for homes at the beginning of a neighborhood or in neighborhoods that have lots of walkers in it.

Different opinions make the world go 'round…don’t really care for them from a professionalism standpoint, but we use them sparingly, and it hasn’t hurt our reputation as far as I can tell (aside from one nutjob that keeps sending anonymous scribbled letters threatening to send us a bill, lol). If done correctly, they will work. I so like @PPWofLexSC idea of using them in client’s yards while washing, and then ask them if they would like you to take it with you (alot will say leave it). During washing, the wrapped truck is obvious though, so not much use there unless you leave it. Overall, they’re cheap, and our ROI is usually somewhere beyond 10:1

Ah i gotcha, i’ve been watching videos of bandit signs so i was wondering,

The largest company in my area (about $5myn/yr) uses them extensively and has been for years. I’m not a huge fan of them, but then I’m not trying to grow much. But have been looking to start in just a few immediate areas really heavy, mainly to increase route density.

It is marketing, and if used correctly it works, otherwise the big companies making millions wouldn’t use them.

Imagine yourself driving down the same road you drive down everyday, day in and day out, year after year. What do the billboards say? You probably don’t read them anymore, as it has been the same billboard. Today you drive down that road and one small section there are 2 signs that say Splash and Dash soft wash $99, you notice them. You would notice them for about a week or two then you would automatically start ignoring them. The key is to have high visibility, easily readable at road speeds, with a number or name to remember. Then here is the part most don’t do, remove them. Some business owners act like politicians and think that they can put them whereever they like. You can’t. The political hacks used to put bunches in my yard because I have about 900ft of road frontage that is cut on a curve giving them high visibility.

On as side note, the plastic corrugated bandit signs are awesome backers for paper targets on your range. Just simply pull the sign & wire out of the ground, put it in the bed of your truck, and then put it in your berm at your firing range. Additionally, they make nice spray shields for rattle can applications. Remove the sign from the wire and crease them for corners, works great. Unfortunately, most of these political hacks are going with the less functional smaller bandit signs, cheap basstards. Another use for them, is in the garden. The removable wire stands for the signs are great for starter plants, and the whole sign is good for plants that like shade. I have also used the wire from the signs with some pliers to mend some wire fence. 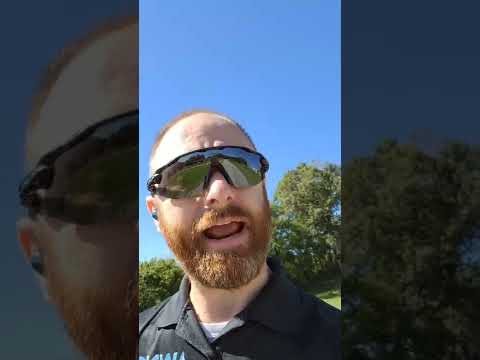 I got so many signs from picking up litter. They make great stencils for Hannay reels and other things as well. My neighborhood is good for at least a half dozen signs a week

Oh yea i totally understand that. In my situation i’m just trying to get into the game so any marketing I do is super important as I’m trying to get my name out there.

What do you use for marketing then?

Don’t ask me, I am only a part time solo operator, and I am trying to make sure I am only part time. Ask some of the full time jedi washers for thier input. I didn’t say don’t use bandit signs.

To answer your question, I use word of mouth as my main advertisement, 85-90 percent of my work comes in that way. Other than that I do have yard signs, 2 big signs, one at my buddies pool business and one by my house. I have signage on my trailer. Towards the tail end of winter I will run some print ads for about a month or two (seniors read papers and they are the majority of my customers). I do have a google business page, but I probably get 100-1 spam/bot stuff to potential client from it.

If you plan on putting signs out, look around the areas where you would like to put them. If there are no signs out already, that’s likely because they get yanked 5 minutes after they get put up. Every town is different. If you have 100 all over town, your next lead is still most likely to come from the house next door to the one you’re working on. They are great to put out while you are working for that reason. If FB is working, keep doing what works. Referrals are far & away the best marketing approach with the highest close ratio & they will happen as long as you do outstanding work no matter how you market… and good on you for taking a step back to hone your skills before going all in! There are a lot of hacks in this industry & you’re already separating yourself from them.