Working on a new a truck 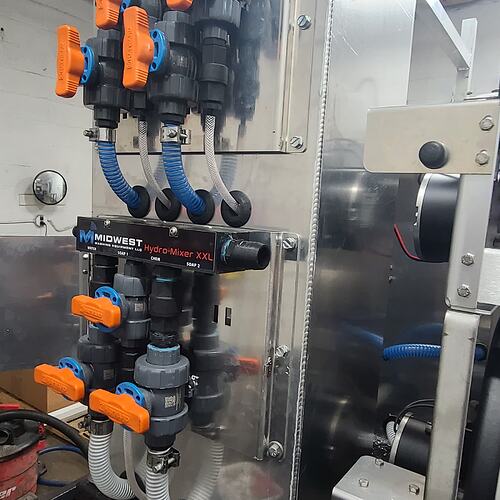 I’ve seen a good bit of your work on here. Gotta give you props man. Always clean, always satisfies my OCD, and you use grommets lol.

Good stuff man. Wish I could afford one of your setups.

You are to kind. Also how do you know cant. Pm me i will give you my cell. Phone call is free.

It looks fancy! Reminds me of the old school soft serve ice cream machines at the old Sizzler steak houses back when they still had a smoking section.

and when they still existed…

Waffle House in Amarillo Texas was still allowing smoking at the counter as recently as 2014 when I was there last. Nothing, and I mean NOTHING beats that post-Waffle House binge eating cigarette. I don’t smoke anymore but man that was the height of my cigarette smoking days.

back when they still had a smoking section.

Worked at a restaurant couple years in HS. They had a smoking section on one half of the place. And I graduated in '08 lol. TBH they also didn’t close during pandemic and 90% of the patrons qualified for the early bird special… So they probably just smoked in there bc they been doing it for 20+ years and they don’t give a hoot.

Nothing, and I mean NOTHING beats that post-Waffle House binge eating cigarette.

Haha, sounds like you were full of whiskey & PBR’s when you showed up.

Any good meal just gets better after a cig

… Probably why I can’t quit.

Man, it’s the best thing I ever did. Felt horrible for probably the first three weeks then after that it was fine. I worked my way down to the lowest level of nicotine on those Vuse pods and I still use those but that’s my next thing to give up.

Nice use of those Uniseals Tony

You’re setup to mix 6 chemicals into your water? That must be an interesting process. Which chemicals did you go with and how often do you use them?

Man, that looks good. I am almost tempted to have you put one on my rig. I would really like to have one for sodium hydroxide/sodium precarbonate and oxalic/citric, that would speed things up a lot.

Have you tried the Ryobi that Racer uses? Makes applying chems on decks pretty easy.

And contrary to popular opinion, you can downstream oxalic. It just needs to be a very strong mix.

Not exactly. Each one of them is independent. So the top one runs a ar45 and the bottom runs a ar60. It actually will only have 1 soap tank. The other is on a drop stick. So in theory he can pull whatever soap he wants.

The 4 4th soap on the ar60 is for something different but i can really talk about that yet. I will post pictures of the rest of the truck today

yes, I own one now. It is ok for smaller stuff, but a big deck I’d be refilling it all the time. I’ve used it for sodium precarbonate and citric on a small deck, and sh and soap for a small shed roof. I also used it for post treating some bad concrete like racer did in his video, but I was slower and sloppier.