Where to find IBC totes that are smaller than 275gal.?

The 275 is 46 inches tall (or about), which is too tall for my trailer on account of a ladder rack. I’d like to keep the rack!

I’ve heard people mention a 250gal IBC caged tote, but I can’t find one online new or used. I also can’t find dimensions for anything other than the 275 and 330.

Is there such a thing as a smaller size IBC caged tote or is it some myth? What are the dimensions? Where can I find them??

I’m guessing it’s a myth/mistake. The IBC totes are designed to fit on a standard shipping pallet, and stack to a standard height. Their dimensions dictate their capacity.

I would keep an eye out for rectangular water tanks, like those used for mobile detailing. They won’t have a cage, but they don’t need one.

Why not just get a small horizontal leg tank? You can get them as small as you want.

And they are much safer

I appreciate your helpful direction!

I’m having difficulty finding tanks that are capable of having a float valve dropped in through an added bulkhead fitting. The ones I’ve seen are too small (under 100gal) to warrant a float valve. Or they have too many grooves in the plastics to cut in a bulkhead fitting well.

Not to mention, these tanks a surprisingly expensive. Price was the main reason I was looking at IBC, besides the fact that they are easy to plumb out.

Thanks anyway for all your help!
Daryl

Is this not an option? 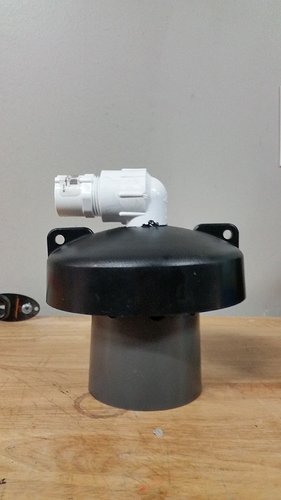 I have one of the smaller totes. they are 175 gl I think.

I used to think small tanks didn’t warrant a float valve either until I started overflowing, lol. I only use a 35 gallon buffer tank and I have a float valve installed. I run a 5.5 gpm machine so most times the house faucet could feed the machine directly but I do occasionally come across a low pressure house so I just use the small buffer just in case. It’s better than starving my pump. But a float valve is useful for any size tank if it’s being used as a buffer. 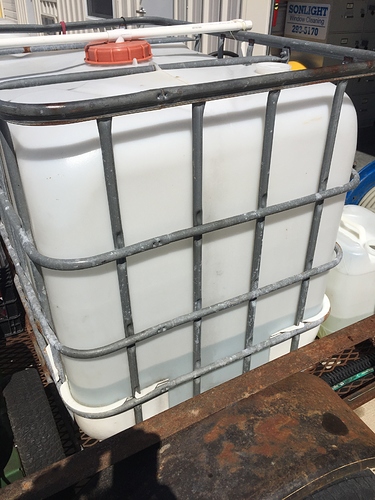 I use the 125. I used a 1 1/2" whole saw to core a hole in the lid so I didn’t destroy the tank itself. Works like a champ. It is looser than I like I just put a hose clamp at the 90 where enter the lid to prevent it from slipping up and down due to water putting pressure on the float valve.