What material is this?

Anyone capable of sharing as to what this pool deck is made of? It’s hard, like concrete, but it has texture for anti-slip purposes. Homeowner was clueless, as am I. 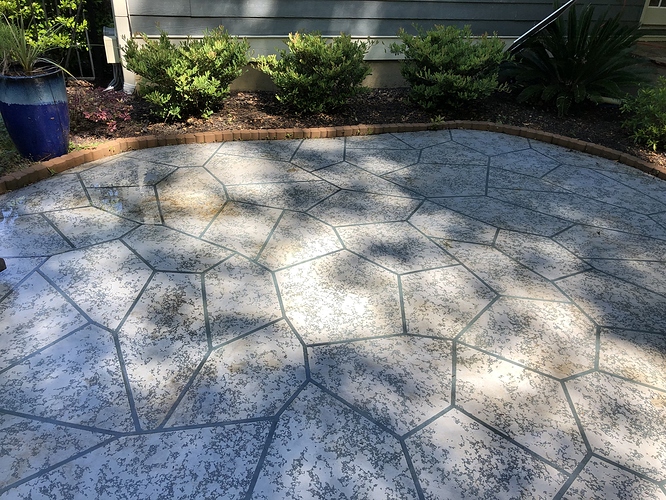 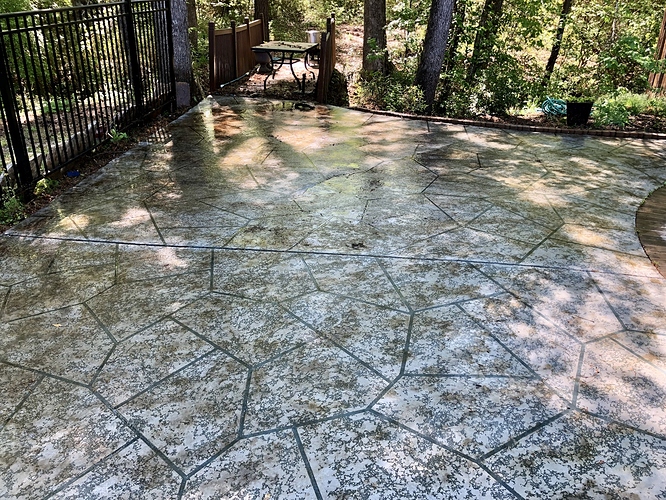 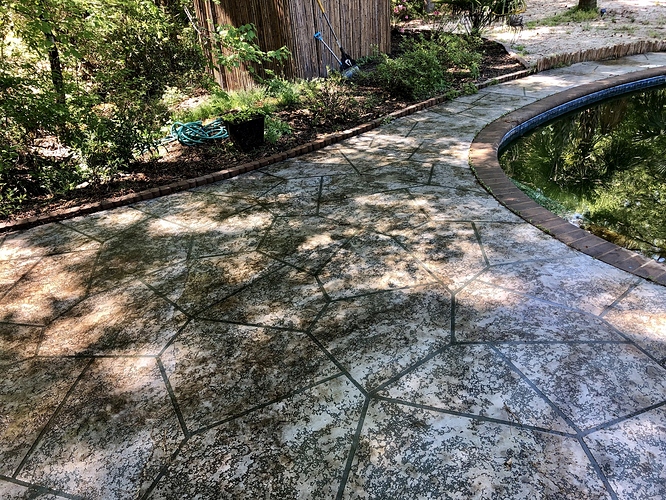 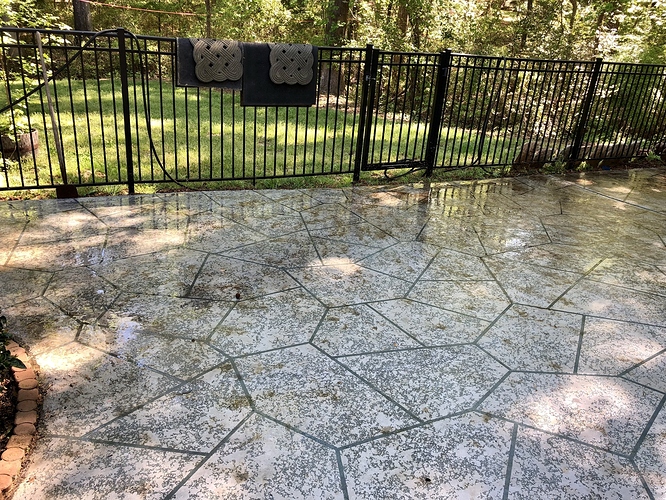 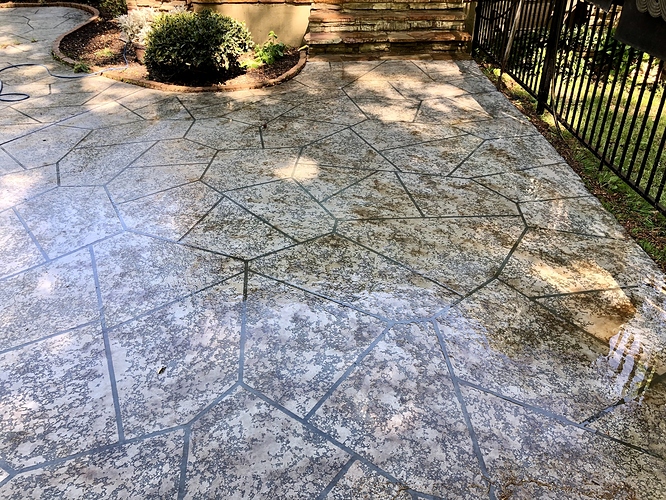 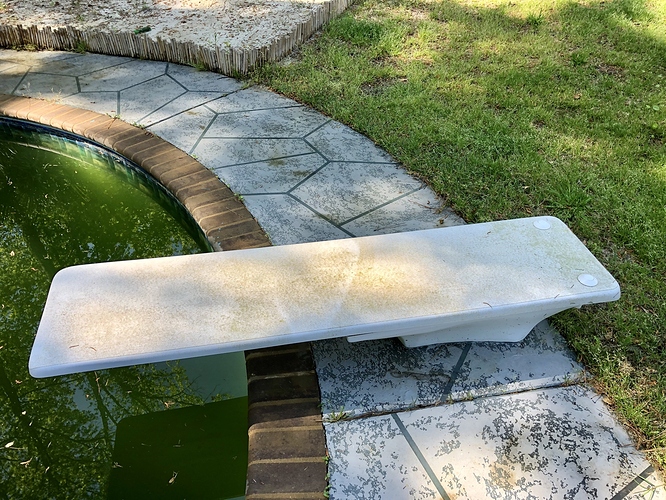 Is it stamped concrete?

That last photo, I am guessing that that is a diving board, probably fiberglass exterior.

I have no idea what that surface is other than what MWPWS said, stamped concrete. i saw a video of people pouring concrete, then taping it, and painting it, then removing tape, looked like grout lines when done. Just a guess.

From what I’ve seen in my area that is stamped/painted concrete. It’s surprisingly tough stuff and it held up fine to my surface cleaner.

Test a small spot first though, watch for cloudy/milky water and go no further.

I don’t think it’s stamped concrete but looks like concrete. Normally with stamped concrete they only have a handful of stamps and you’ll see the same patterns repeat themselves. All of the patterns here are random. I bet they used painters tape to tape the “grout” lines and then hand troweled a skim coat of that colored resurfacing concrete. Similar to texturing drywall. It has to be concrete because you can see the control joints in a few spots and it doesn’t look like stone or tile. You can even see where a crack formed on one “stone”, through the “grout line”, and into another “stone”. If they were actual stones or tiles I’m not sure that crack would’ve went to another stone but rather stopped in the grout line. I guess a sinkhole could cause it though. If it’s a top coat I would think it would hold up okay to a surface cleaner but I’d definitely do a test spot. You could always just use SH and low pressure rinse. If it happens to be paint maybe test the SH before doing the whole thing.

Does it have a rough feel to it or is the white kind of raised? Heck, Behr says you can use their Deck Over on concrete so it could even be paint like Dirtyboy mentioned. That stuff is almost rubbery so you’d be able to tell if it’s that or a resurfacing concrete.

the top ones appear to be stamped concrete, there’s water puddling between the make shift grout lines, I believe the last photo at the bottom is painted on, just look too fake when zoomed in.

It’s just a coating, similar to that used on pool decks or in this case, exactly like put on pool decks. You can softwash it with like a roof mix or turn your surface cleaner down and do it in most cases. Just quoted on one today.

That pool could also use a bit of chlorine lol. 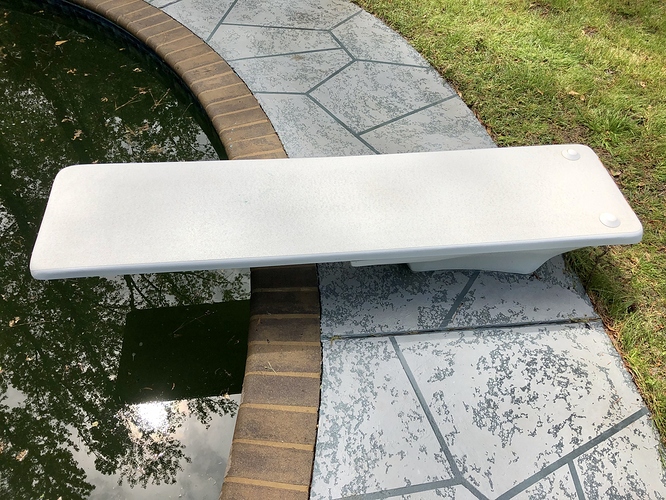 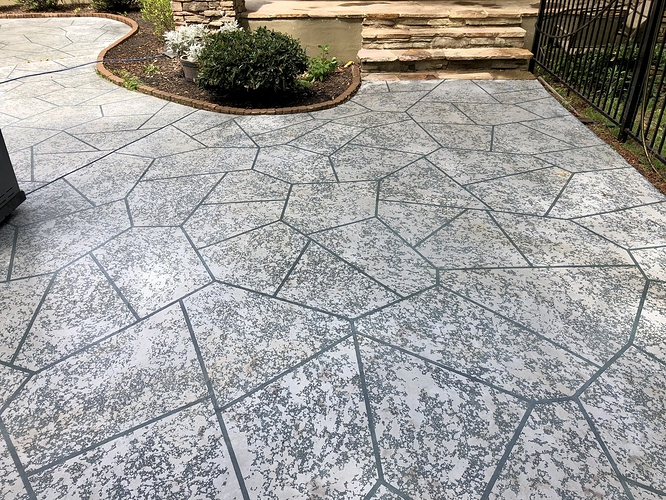 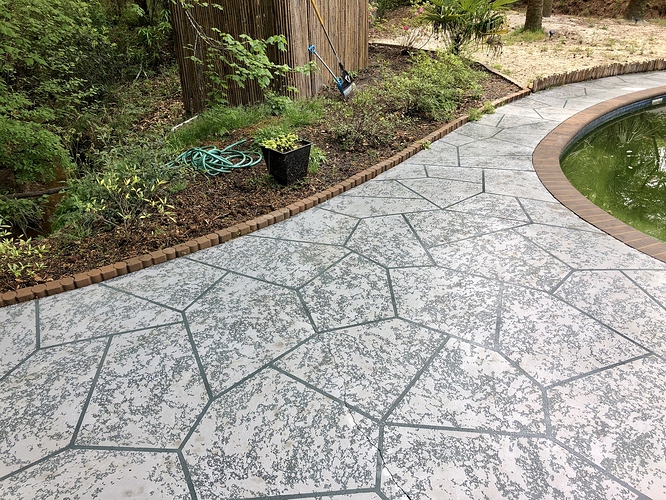 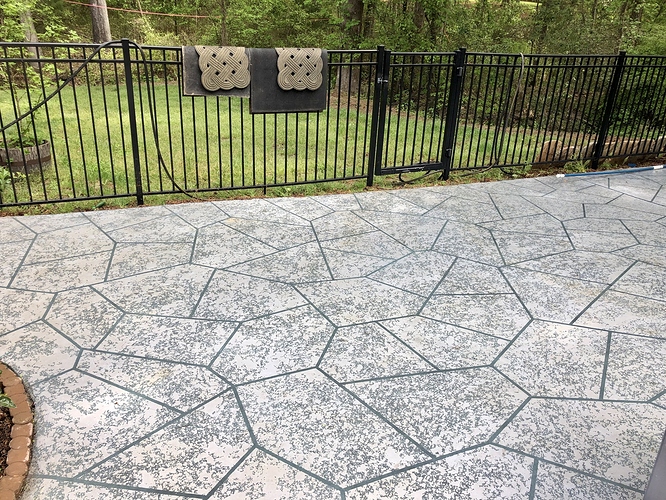 I believe it was concrete of some sort, based upon the joint line as pointed out by marine grunt, and it definitely had a random pattern on top. The top layer didn’t have any grit to it, like the paint lines on a highway, but it was a thick enough layer to provide traction. As I was cleaning it, I didn’t feel slick other than where the mildew had built up. The first pictures published where after I had used the wand and water to “blow” all the leaves, sweetgum balls and other crap off. And by other crap, I mean exactly that. The homeowner was happy with the results, but there is still staining from the poo piles. I used my surface cleaner and a house wash mix downstreamed. I was likely too light on the SH by downstreaming it instead of making a 50/50 and pump spraying it, but if I recall correctly there was an article that I read on here not to long ago about cleaning pet stains and it stated that there was a specific chemical that could clean them, and it wasn’t bleach.
And, yes, dirtyboy, that is indeed a fiberglass diving board, lol. It cleaned up nicely!

It’s not stamped. It’s regular concrete covered with Kool Deck. The lines that you see were done by applying a removable tape pattern to the concrete before Kool Deck was applied and removing it before the Kool Deck dried, thus leaving a decretive pattern.

It’s not kooldeck. It’s Acrylic with a knockdown finish. A concrete slab with acrylic spatter coated and “knocked down” with a trowel.

What do we look for to tell the difference between the cool deck and acrylic?

Best way to learn would be to go to the Kooldeck website. Google Acrylic overlay for the other.