I softwashed a vinyl sided house and it left a residue that looked like it might not have been rinsed properly. Meanwhile, the homeowner told me after the fact that he had tried to was it to remove the “chalk.” Could it be oxidized. Please note that I brushed the downspout, which seems to have left an even finish. Any suggestions as to what might have caused it and more importantly, what might correct it would be greatly appreciated. 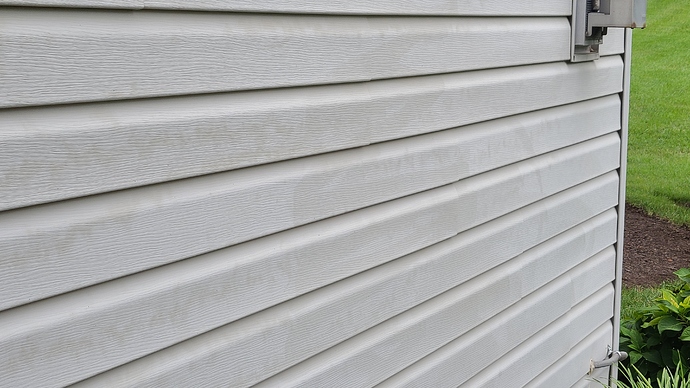 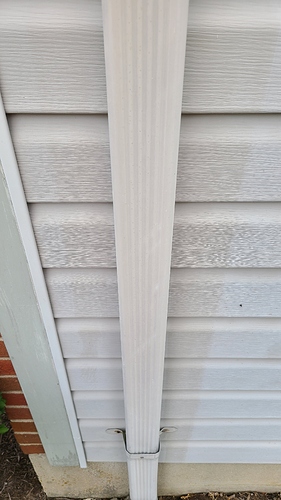 You knocked the oxidation off. Search “oxidation removal” for how to fix. You’ll end up scrubbing the whole house with a degreaser or bd6, cleansol, etc. There’s a ton of info about oxidation removal in the archives

At this point you will need total restoration as mentioned already.

First off, you are using way too much soap. Cut your soap in half and report back. That will get rid of your residue problem.

Second, there are clearly wand marks on the siding. The reason you see the marks is because the siding was oxidized then the wand was used too close to the siding and knocked the oxidation off.

As mentioned above, a degreaser and a brush is needed to get the oxidation off.

ClensolBC claims to be a brush free solution but some still have to brush.

Easiest thing would be to just replace the siding. You screwed up pretty badly.

Obviously two issues here, one easily corrected (amount of soap), one not so much (oxidation removed). Though I had a typo above that may not have made it clear that the customer had tried to remove the “chalk” by powerwashing it himself before calling us, I did not notice the oxidation or discuss it with the customer beforehand (it was raining when I did the estimate and dewy when we started the job), so I need to take ownership for this. I hope the suggestions other than new siding mentioned above will do the trick. Thanks, all.

An update. Though I had F13 on hand, which many threads suggested as an effective way to remove oxidation and repair damage like that in the images above, I first tested simple water, brushing and rinsing (the customer had some very nice landscaping, including rose bushes, so I wanted to be considerate of that). Bottom line, here are some before and after pics and the customer’s text to me last night.

Thanks to everyone for their suggestions and insights. Much appreciated! 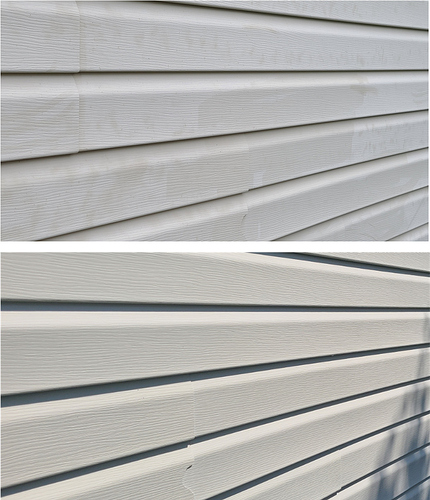 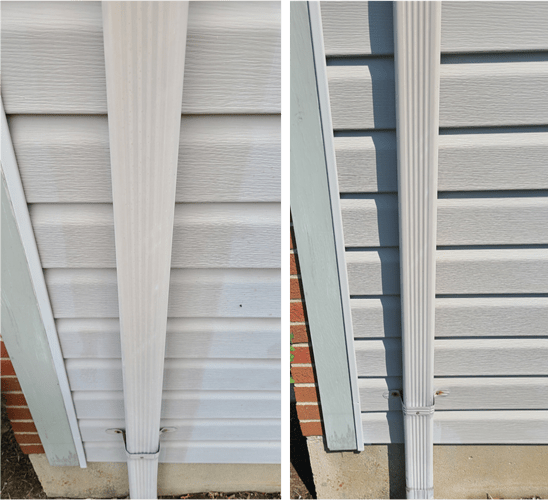 @slydo, Way to stick with it and get it fixed! Looks good!

So you just used water and brushed?