Spring in my unloader is completely rusted out and broken on a used machine I bought. Looking for a new one. Anyone have any recommendations on one that will last & not break the bank? Are stainless steel springs what I need to look for? 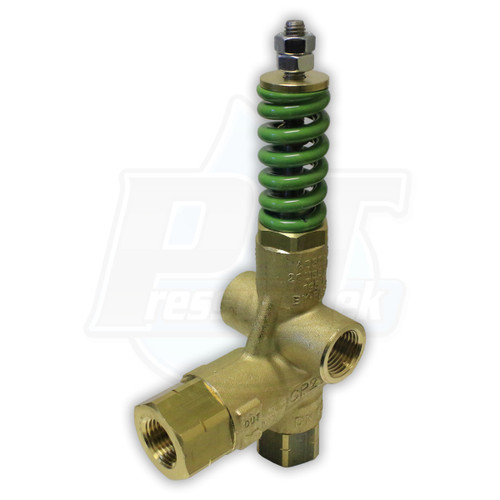 The one posted above is a high flow and good for like 21 gpm and is why it costs as much as it does. I have a Pulsar 4 on my 6.8 gpm since last season and has worked flawlessly. It’s good for up to 10.5 gpm. I have no idea why the picture is so big. 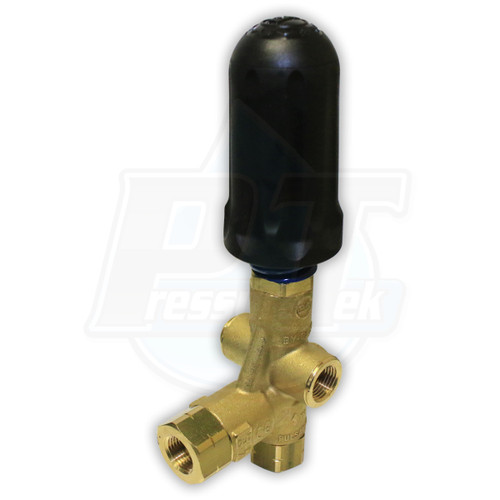 Great thanks. Do you know if it has a stainless steel spring?

It has stainless steel valves so I imagine is has stainless springs. Even if it doesn’t it’s still going to last for multiple years since the unloader is before your chemical injector and no SH runs through it.

This is my manifold. The unloader I had before was just a screw-in type. Could I replace the unloader with something like the one you showed me? What does each port go to/ 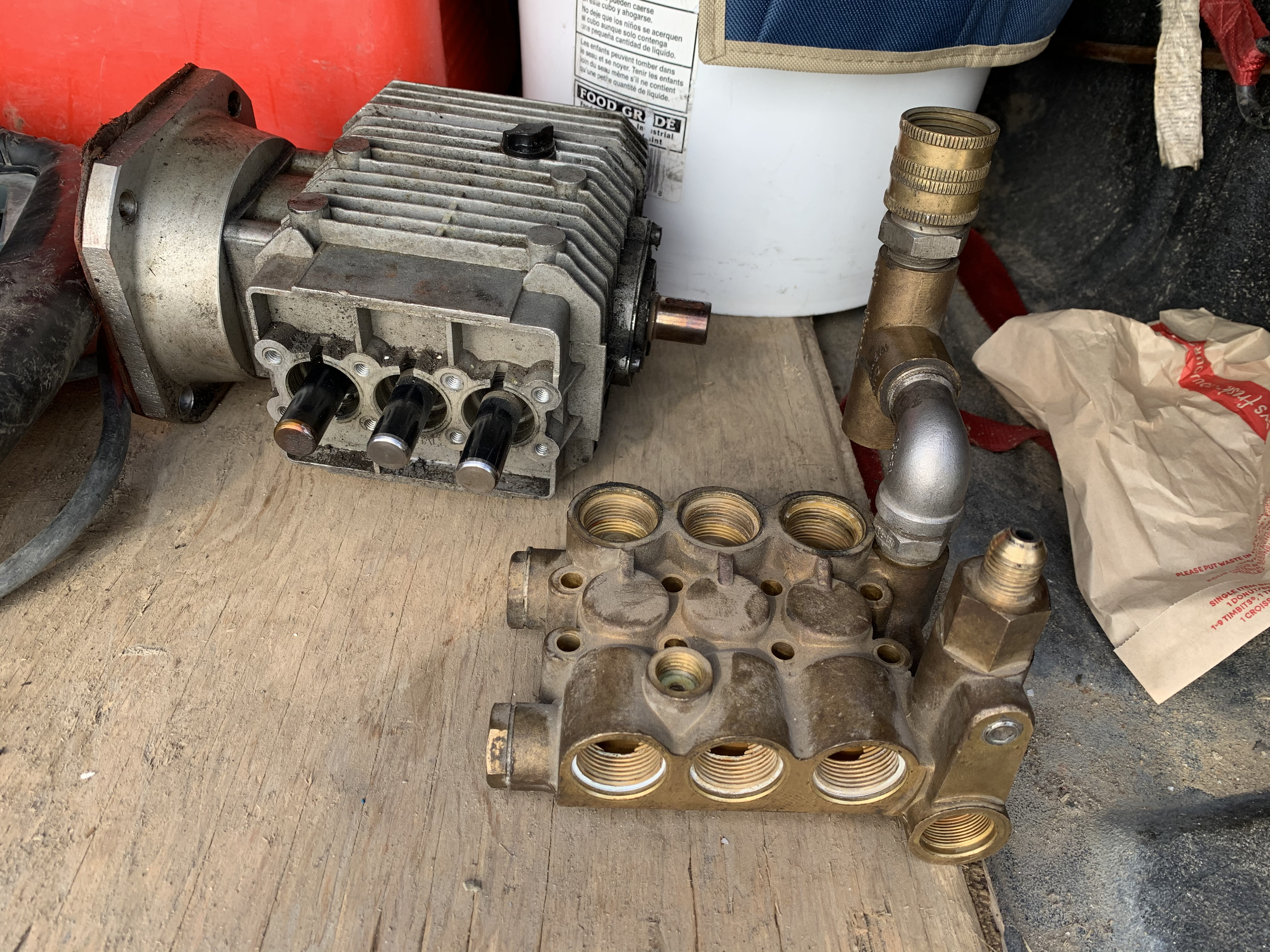 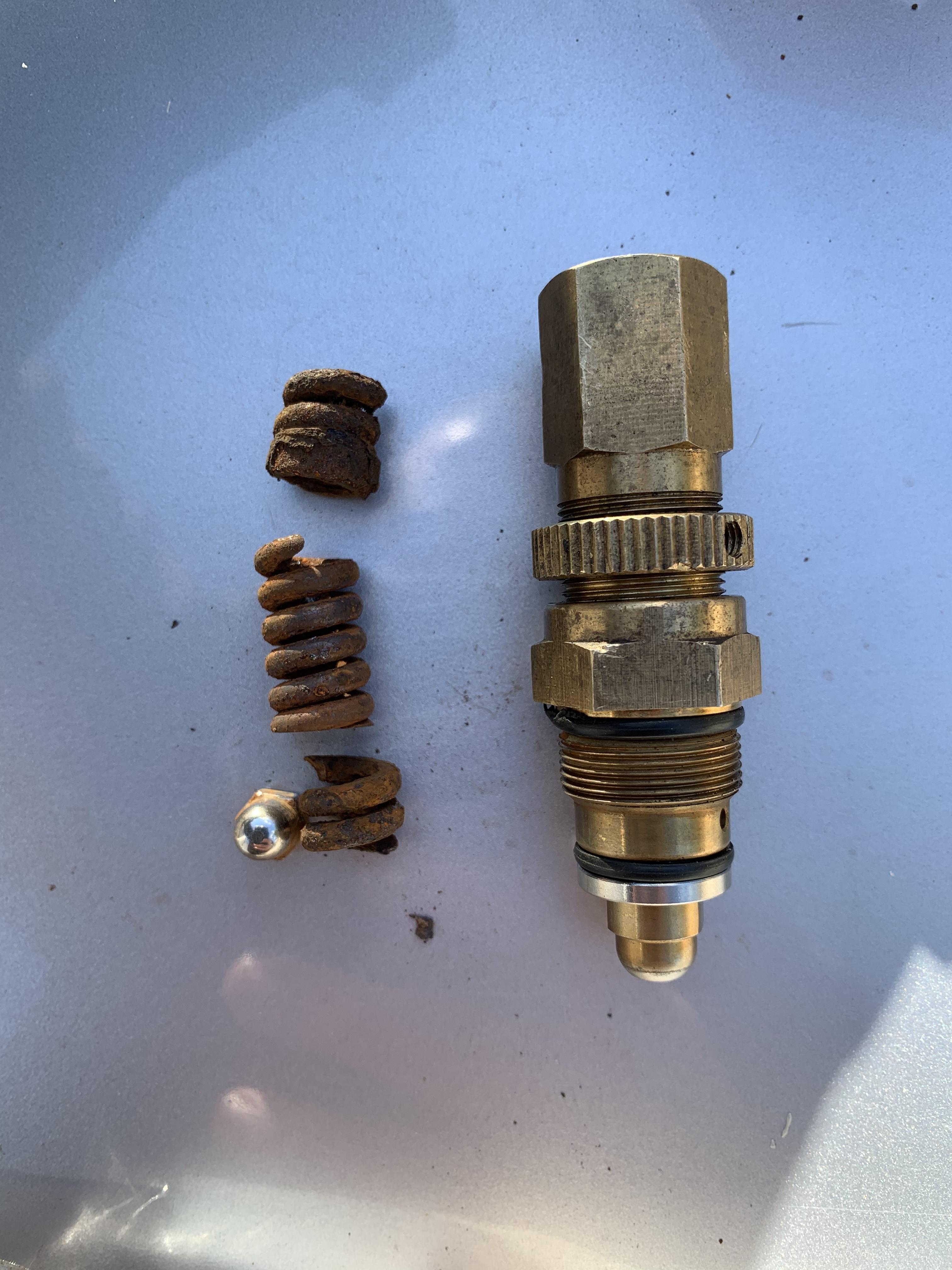 Most of those ports are just capped off so you can easily get to the valves.

See circled in yellow where the unloader was mounted. Check my post above for pic of the old unloader. 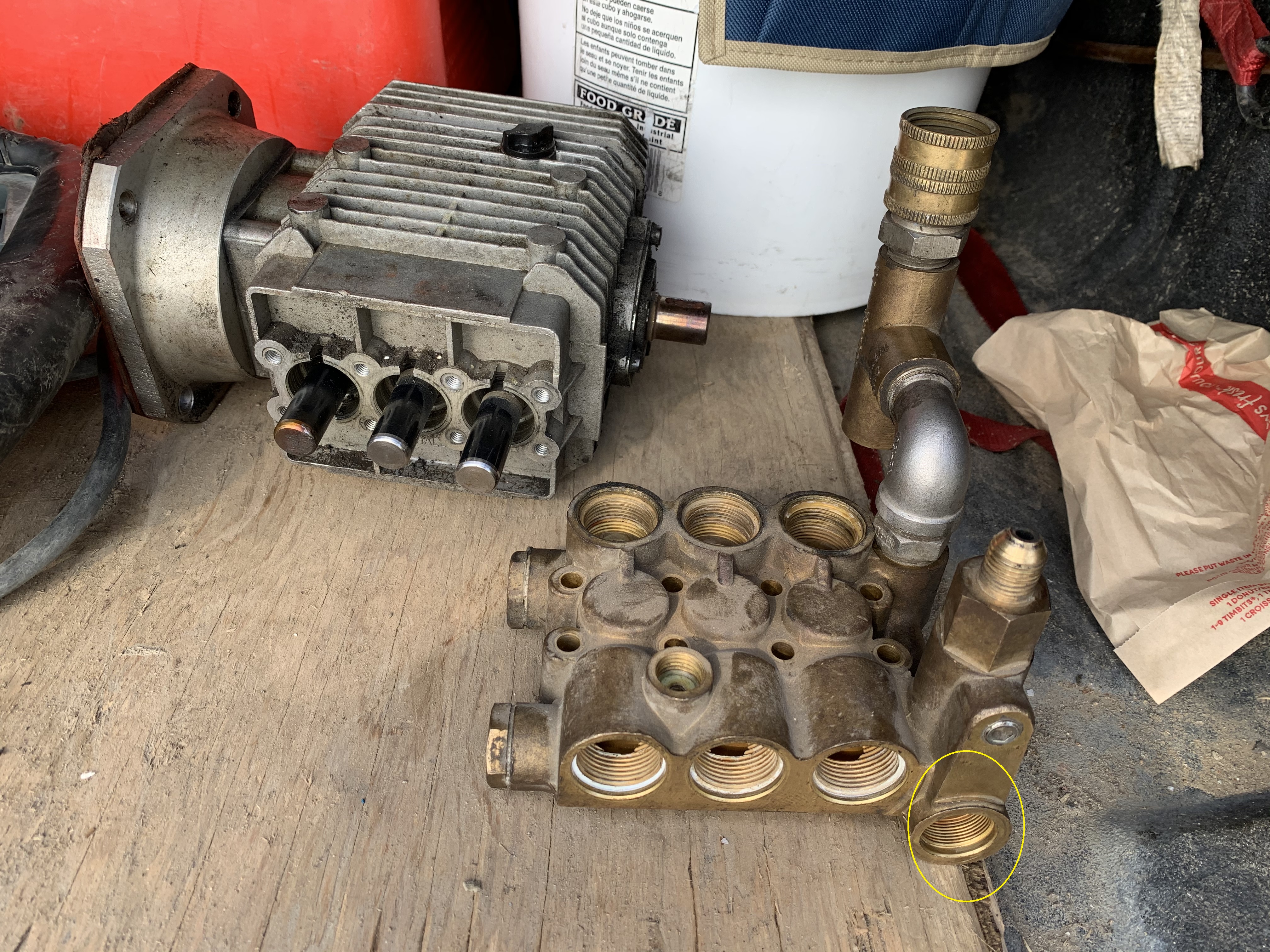 That’s one of those pumps where you can only use their unloader. I think a few guys have used the original unloader, opened it up to max setting, and then installed a new unloader after it. You’d probably still have to fix the original unloader. I’d probably just buy a new pump. Reason being is if your unloader ever fails in the field it’s easier to just install a new one. You’d be stuck trying to figure out the issue and then rebuilding it every time. Envirospec has some decent gears drive pumps that are reasonably priced.

Damn…that sucks. Seems like I keep getting screwed by this pump over and over. I am in the process of rebuilding it because it is a special twin shaft pump with accessory drive that drives my alternator and burner setup on the end of the pump…replacing it will cost a small fortune. Curious why you say the unloader can’t be replaced by another one like you mentioned?

For one the threads are different. Those aren’t NPT. Plus, look at the bottom of that unloader. It has some sort of a valve or something on it.

I use to have an old Karcher hot water washer that my father-in-law gave me. It hadn’t been used in years. Anyways, it had an unloader built-in to the top of the pump. I was able to bypass the unloader but drilling and tapping some small passageways and installing a small socket plug. Rex at PWP told me how to do it. That guy knows every pump inside and out. The pump I had was like 25 years old. I just told him the model number of the washer which was very rare and he knew exactly what pump it had. I was in the same position as you in that I needed that pump because of the way it was setup to turn the blower on the burner.

Here’s what I would try. I would fix your unloader. You can get custom made springs made if need be but it’s like a $35 minimum order. I would then max it out and use a second unloader. Sounds like a few have done that with success. Another option is a new belt drive pump. Get like a 4 belt pulley so you have two for your engine, one for your burner, and one for the alternator. It’ll take some fab work though. That was my next plan for mine but I got sick of messing with it and finally just bought a new hot water machine. I still have the old. I might try and get it going for my buddy and his farm equipment.