Figured a uniform would be nice to look more presentable/professional for next year. These are priced right at 24 bucks a piece so probably ordering 10. Polyester and sublimated they say, so I’ll give it a shot and let y’all know if the quality is there. 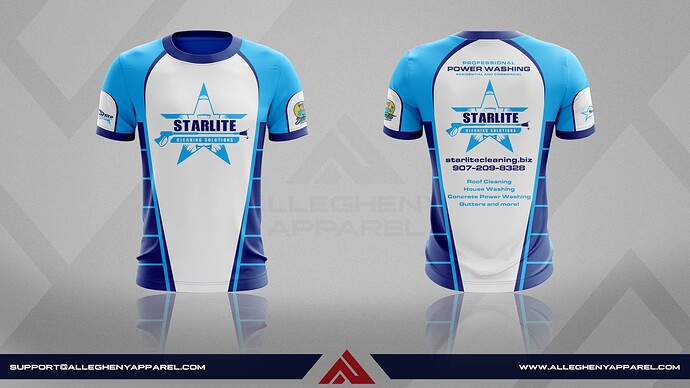 Looks nice, I will say white will get stained pretty quick after a couple stair edging jobs.

Agree with Brock, get rid of the white. Not like it’s hot where you are. 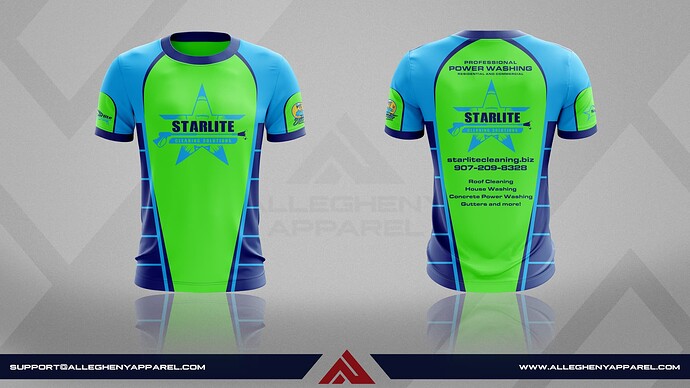 Took your guys advice. Think ive decided on this.

Why you doing that? They all look weird. You won’t catch IBS or I wearing something like that.

Maybe yall dont have the, look at me physique that @Dallsheep has!
Me neither

Not knocking what your posting, but my question is this, who is going to take the time to read all of that on a shirt?

My buddy’s pool shirts just have his business name on them, that is it. I could see a logo and a number, but more than that they would have to ask you to stand still. If you aren’t a 4x, I guess the print would be small.

Do you have a link for the site you are getting them from? $24 a shirt sounds cheap. I can’t see the site at the bottom of the screen shot

2xl here. I guess I’ll try it out and worst comes to worst I’m out 1/3rd of a job or so for 10 shirts. I get you with the lettering. I’m assuming the info on truck will grab more attention but for 250 bucks I’m willing to try this out in conjunction with other tactics this upcoming summer.

allegheny apparel is what they are called.

Let me order these and be the guinea pig for y’all first. I would rather be the tip of the spear losing money if they are janky than a handful of people doing it too. Will post back here and let you know.

I know you guys pretty much do simple signs and word of mouth and that keeps you plenty busy. I am hoping to have a wrapped box truck and uniforms to separate myself from competition in town. Probably a dumb idea but worth trying and I believe it’s a tax write-off at the very least Would you take IOUs?

If you aren’t a 4x, I guess the print would be small.

For us there is a lot to be said fpr “sending uniformed professionals to your home”…it does men something to a lot of folks. Does anyone read the shirts? Prob not

That is definitely a good price…watching for sure.

There a lot of companies that wear professional looking work wear, including us, that don’t look like fishermen. But each to their own.

Some of us have to be aware of the fact that we’re sending different people out to do the job than the client spoke to on the phone. When you took the call or sold the job in person, it’s a much different story too.

I’d rather bleach-proof shorts and a polyester polo with a logo myself…it just makes a lot of people more comfortable to see a guy coming up in a wrapped truck and some sort of uniform. We have competitors that show up in bleached up cutoffs and sleeveless shirts in a truck that might have the company name on it…as a consumer I’d wonder if there was decent equipment and insurance being paid for from a company that wouldn’t get a logo on a shirt, but that’s just me.

I guess I have the info on the shirt for when I’m in public places. We have like…3 grocery stores and one hardware store so there’s a lot of people who will be standing in line while I’m there. I don’t really intend to be trying to get people checking me out from the road while I’m on the roof.