Hey guys so I’m just thinking towards the future. I would like to run a two man crew and have them split the house( like one person soap and rise two sides the other person soaps the rinses the other two) what’s the best way to set this kind of system up? I’m assuming the homeowner won’t have enough GPM to run two let’s say 4gpm machines. So would you just plumb both machines to a 275 tote and just have the homes water supply refill the buffer tank. Or should I go a different route and have 12v or an air pump with a pro-portioner for soaping and than someone with a pressure washer come behind them and rinse? I’m not sure what will be faster/ more productive. I think having two pressure washers that are DS soap and rinsing might be more effective it again I’m not 100% on how I would plumb this system. What do you guys think

Two 4 gpm’s will pull fine off a buffer with a single supply hose. I run an 8 and a 4 off a buffer currently, and am waiting for another 8 gpm to come in this week. Hired a guy recently, and have had him washing the driveways with my 8 gpm while I’ve been suffering through the house wash with my 4 gpm. Can’t stand going back to a 4 for house washing, so I’m buying another 8 gpm pump to swap onto an old GX670.

By the way, if you’re just planning for future setups, and you generally don’t run off of wells, the most efficient setup for a two man crew would be two 8 gpm machines and either a bigger buffer tank, or 2 supply lines to the buffer, or even rent a hydrant meter long term and run a small buffer.

How big of a buffer tank? A full 275 is a lot of weight to pull around isn’t it. I don’t currently use a buffer tank but I would imagine. Two 8 GPM at the same time will that be too much? That’s 16GPM total in 30 minutes that’s 480 gallons with an average home supply line will that be able to keep buffer tank full?

You’re going to have to change and adapt your system to fit the strengths of whoever you hire in my opinion. sometimes I have both guys soaping and rinsing, sometimes I have one guy soaping and rinsing and one guy just rinsing. Kind of depends on who it is honestly. I have one guy that is phenomenal at flat work because he is patient and able to do monotonous work for hours on end. I have another guy who has the patience of a golden retriever and starts bouncing off the walls after about an hour of running a surface cleaner so he does a terrible job.

How many gallons do you start out with in your buffer tank ?

I run a gx630 with a buffer tank and my guy runs a push around hooked up to the house.

What’s a push around?

What’s a push around? 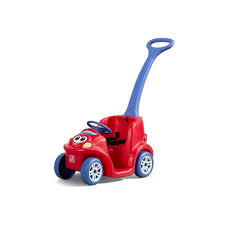 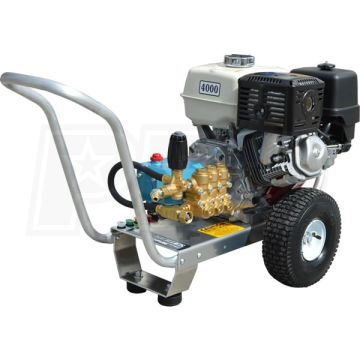 My Isuzu runs a 125 gallon buffer with a 5gpm and a 4gpm. Once a week we may have to stop for a few minutes to let it catch up.

One guy does back and side… other guy does front and side. Coordinate it so there doing back and front and same time then move to sides so there not spraying each other with SH.

I’ve got a 275 gallon tote hidden in the Sprinter. I’m all over the place on how much is in it when I pull up. Basically whatever was left in it from the last job. Longer drives in between, I empty to about half, but I have 100’ of perforated corrugated pipe stuffed inside, so there’s no shaking n bucking from the tank. First thing I do is hook the supply hose up and let it fill while taping and bagging stuff, checking missed voicemails, etc. It’s usually close to full when I start, but anything over 150 usually gets the job done without needing to wait for it to catch up, unless the spigot output is weak, which does happen occasionally. I’ve got a 515 gallon tank I need to stick on a trailer for the occasional job with no water access. After I switch my other pump out to an 8, I may build a Harbor freight unit with one of the spare 5.5’s I’ve got laying around, mostly for neighborhood entrance signs and fences where there’s no water access, and for houses on wells. Only problem with 8’s is they will drain a tank quick when you have no supply.

I have a 4 gom and 5.5 feeding off a 125 gallon tank. I ran low a couple times this year on city water. I have a extra hose and a 2nd float valve so I can hook up to a second spigot. I would love to get an 8 gpm but I can’t go any bigger on my buffer because of my trailer.

When i had my trailer i had 2 4 gpm (direct drives) plumbed to a 275 gallon tote. I always had about 25 gallons to start with. Basically you just show up to the house, you or your helper take your water hose, connect it to spigot and start filling up tank while you do the walk around with client (if they are there) and your helper is pulling out hoses, setting ladder, getting everything ready. By that time tank should be decently filled up to atleast start throwing soap, if you used up water then you just wait till if fills up to a certain point and rinse what you soaped and keep doing that.

Thing is, you’ll go to one house and 30 mins or less and tank is full… but then you’ll go to another house and water is filling up real slow… you just gotta adapt to the circumstances. There is no silver bullet in this business unless you are like some of the hardcore/veterans here who connect to fire hydrants… but thats a whole diffrent beast all together