Of this is the trailer size you have to work with, what would you do different? Yes, I’ve got a little trailer like it but no heater and the axle is centered in the middle of the bed. Just putting a 420cc gear drive 5.5 and a vtwin 9.5 belt drive and fuel cell, a 100g tank and 2 reels. I don’t plan on carrying any water except to keep pumps primed. Would it be best with the tank over the wheels, or machines over the wheels? 2nd guessing before welding in stuff. Plus this site is slow. I would like 2 machines on it, 1 of course is for backup. 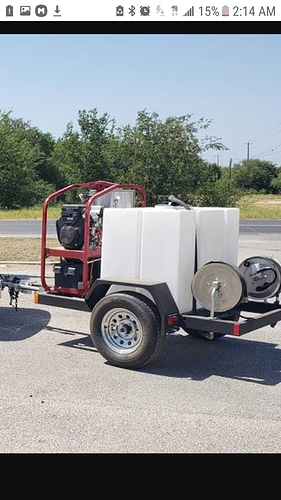 If your certain you won’t carry water, the tank doesn’t need to be over the axle.

You can do a lot with a small trailer 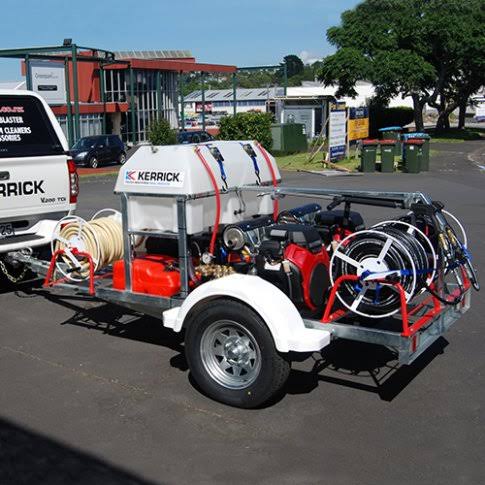 Other then needing some big boy reels, I am digging your trailer!! Nice set up!

This is what i striving after but i can put machines in front if needed, basicallly swapping placer with where tank is at on a platform, fuelcell underneath. The tank is 100g, and will be a buffer and eventually be around 75gal before hudson valve kicks in. So would it actually be wiser to place tank over the axles? 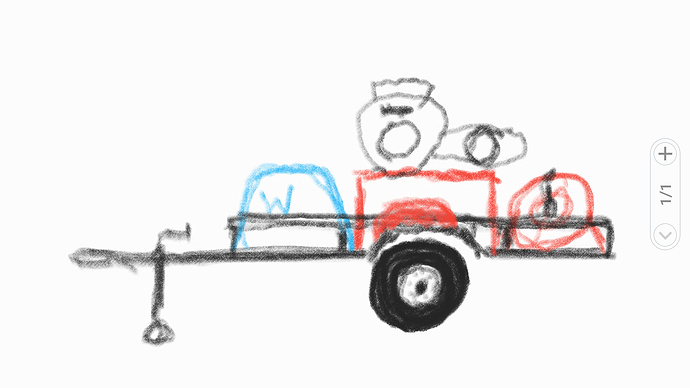 @Crystal-Clean it’s not my trailer it’s a demonstration of what can be done with a small trailer. A local company manufactures the reels out of thick walled steel, 1 piece hoop design with 4 welds at the base. This will outlast most crappy thin sheetmetal designs.

I don’t know what that trailer is rated to hold, so I don’t want to reccommend going vertical and overweighing your trailer. With the size limits, vertical is a must I would think.

Definitely going vertical, I’m really stuck on which to put over axles, "tank " which only will be full as buffer tank and emptied prior to leaving job or “the machines.” Im going to go see if both will even fit in postion that it can be utiLized 100%.
So, again, not carrying water except to keep pumps primed, but as a buffer it will get heavy on the job.

I don’t know your laws, but in my state it has to have a placard. That weight is base, then subtract the weight of the trailer, which equals what you can put on it. I would suggest, but talk to others, getting good tires for your trailer, maybe something a little beefier like 10 ply… The reason I say this is I see broken trailers all the time. They drive overloaded trailers with side by sides and utvs dirtbikes to a poker run. People come from all over about once a month, never understood it.