There are some moss and lichen that can never come off with soft wash.
I even tried straight SH, but the moss just stuck at the shingle edge. looks dead, but two months later, it’s still there. dry and hard, but doesn’t come off.
any thought? 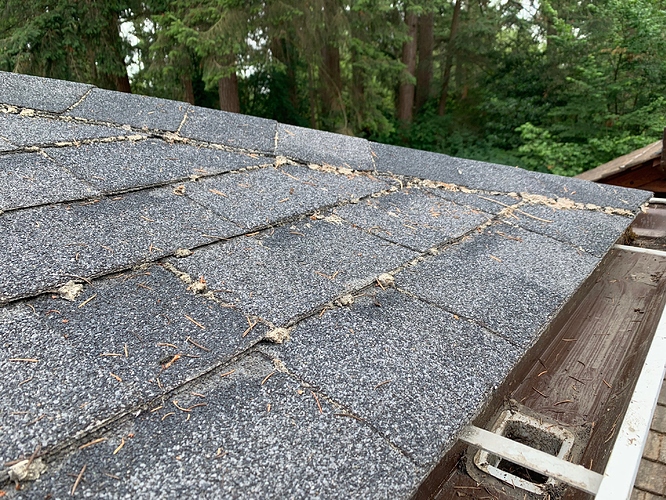 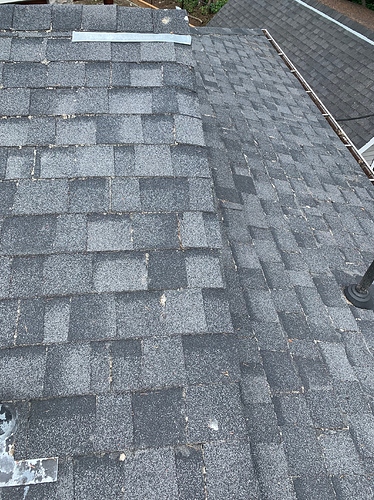 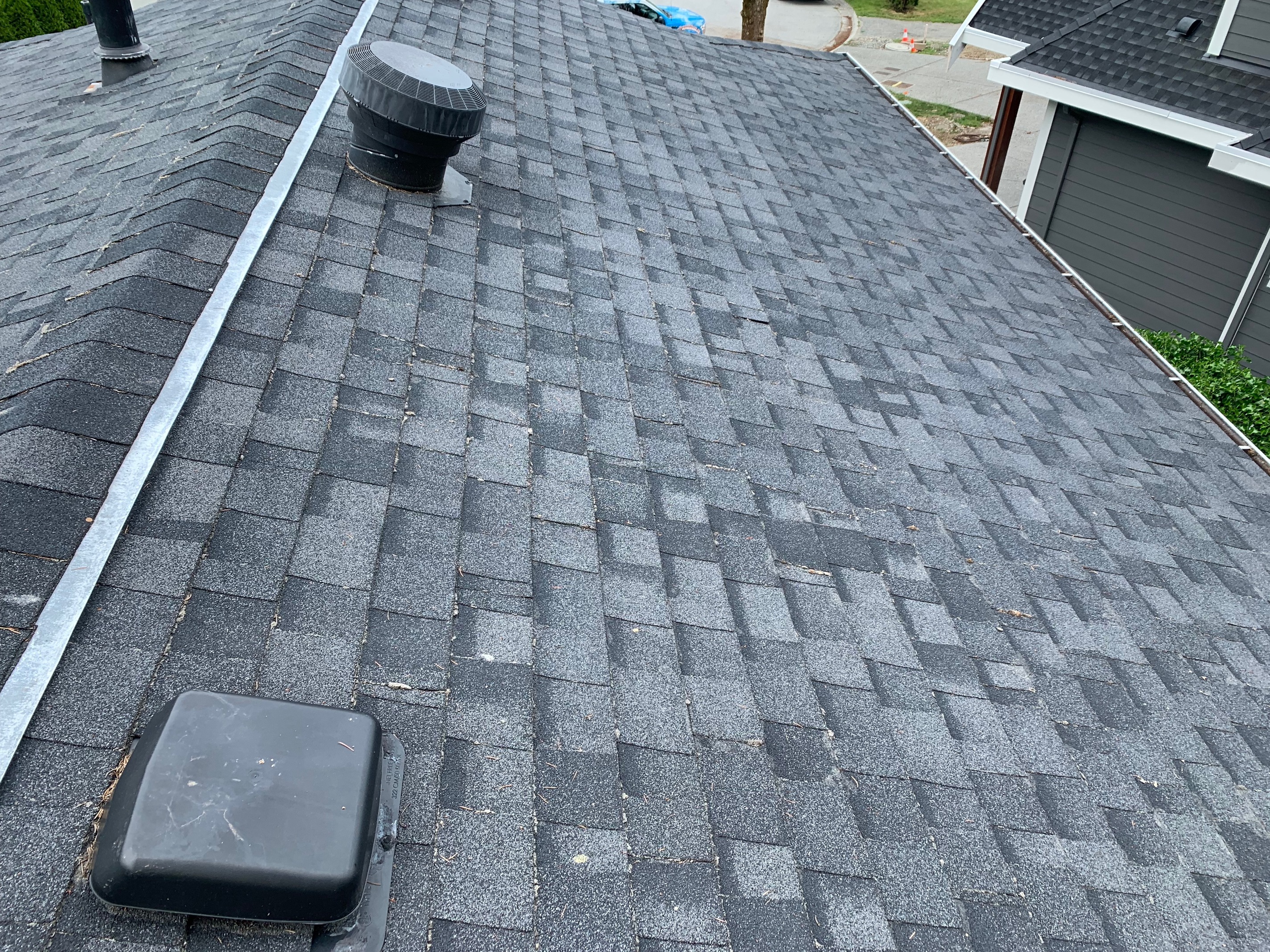 First, that’s nothing up in the pacific nw. That’s probably lichen,(which actually does hurt the roof), down here it grows along the lower edge of the shingle, like it’s done there. Will probably take 5-6 months to disintergrate completely. It actually grows roots into the shingles. Moss will wash off in no time unless really thick and if it is, should brush the big clumps off before you spray. Moss, even decent size clumps, you can treat and it’ll wash off with a garden hose in 10 minutes.

This was what I was working with today. 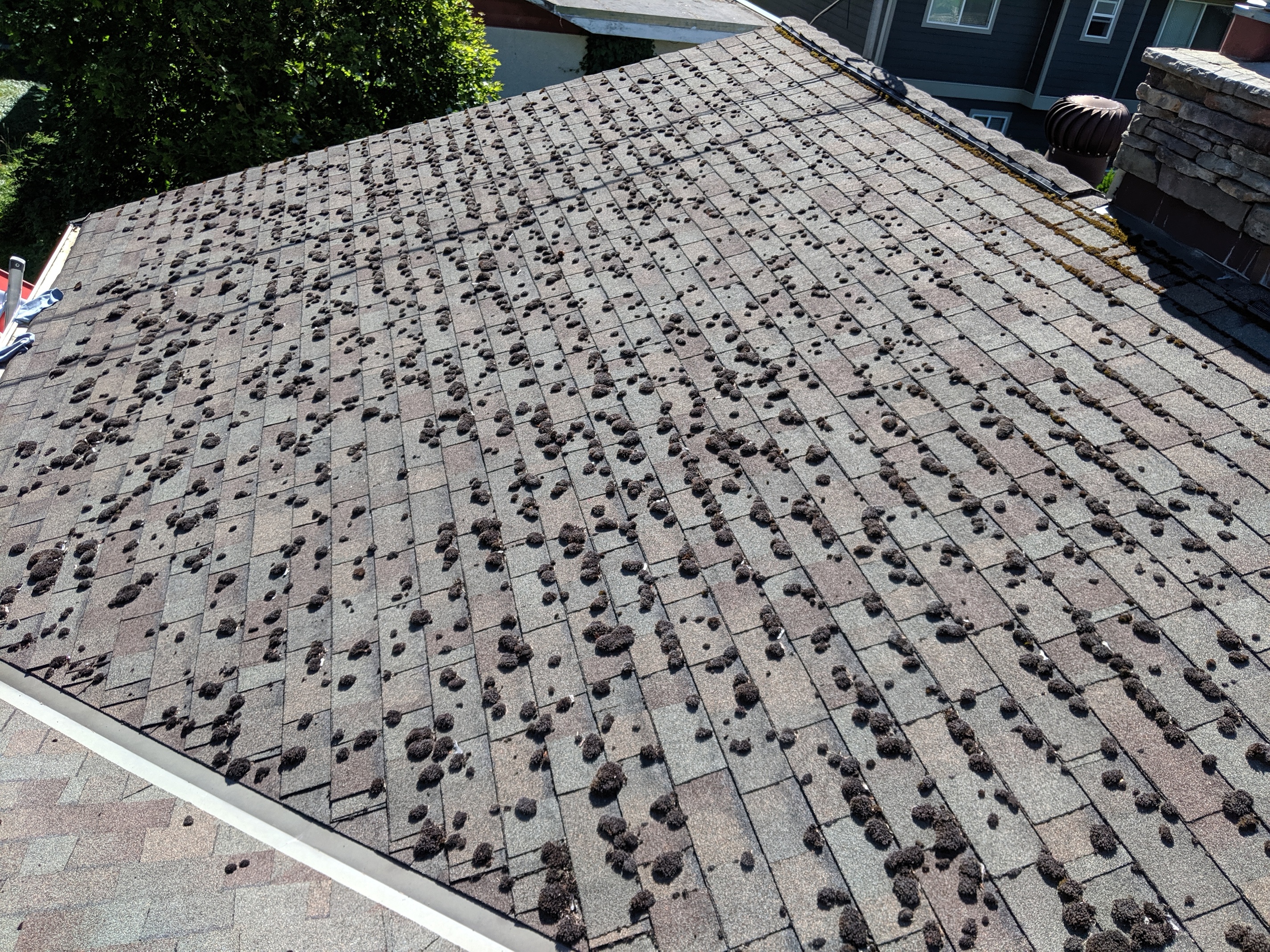 How’d you tackle it?

I have a super soft car brush on my painters pole, I give it a push from the top down to the gutter. Anything loose goes down, anything that had some grabbers status in place.
Then I put down 4% to burn off anything still standing and left it for the day. The guy was really digging how everything was white and dead on the roof and wanted his buddy to see it. I was ok with that since it was hitting stupid hit temps at that point, and said I would be back on Sunday to rinse it.
The roof caps had a ton of new growth in them so I don’t mind it eating away on it for a couple days. Plus, they have a ton of flowers around the house, so letting it break down before finishing was ok too.
I did it with hand pump up since I don’t have my roof system yet, but the guy thought I was just being careful and tipped me another $50 for it. All said and done I spent probably 3 hours spraying and will rinse it for an hour later on, came out with $700.
He says he has a few friends that need their roofs done, next one will buy my pump and hose.

Hello Rick, I do think it’s moss. I never tried to wash it off. But, whenever I go back to the roof jobs I have done before, I can see moss still on the roof. 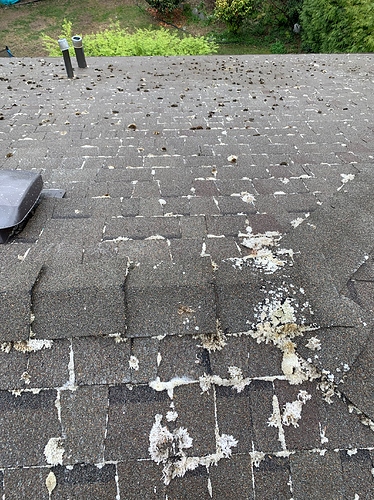 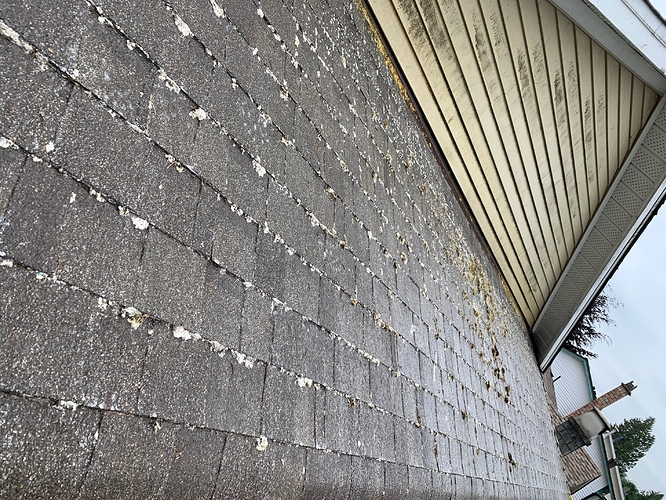 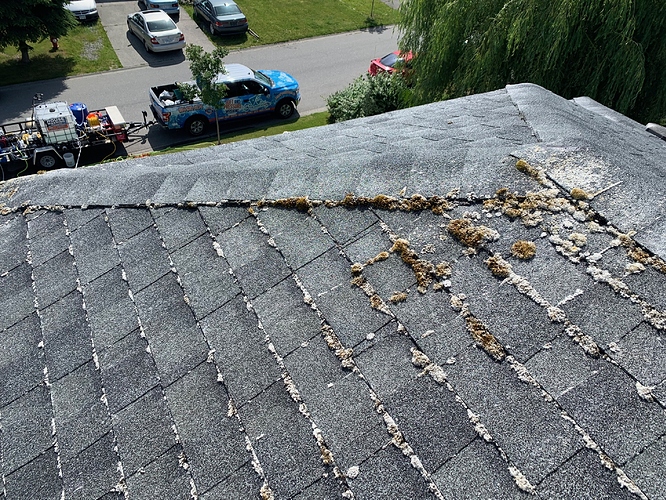 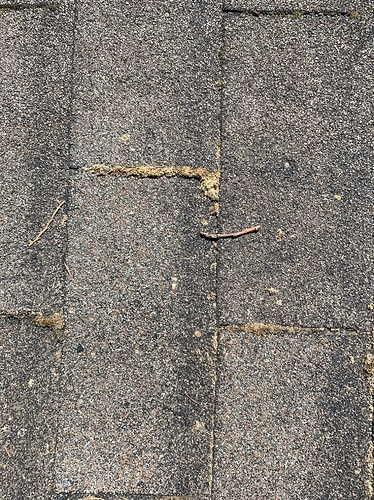 Like Rick said, just hit it with the garden hose and it would get most of it.
I typically rinse it standing at the peak, downward at a 45° angle and just trace the shingles with my second story tip. Well, my crappy M5 wannabe that has the fan and stream setting that is. You don’t want to shoot water under anything.
The dead White moss will flow off pretty easy at that point. I follow the shingle lines ocd style and watch for the vertical shingle growth so you hit it.
I also spray the roof a few days ahead of time so rinsing off isn’t worrisome, pretty much dissipated at that time. Can do it in a day, but in this weather I would rather just spray a few and get it over with, then have a bit of a break on the rinse day being easy.

These are some of the growth areas on this one that are just chilling. Will all be of in an easy rinse. Try it with yours, that stuff is zombie moss with nowhere to go, show it to the gutter.

Try just brushing it with fairly soft push broom or after it’s been sitting for 10 min can rinse 95% of it off with garden hose. Usually when that bad I’ll put one coat down, let it sit for a few and then another coat. Half of it will break lose from just the roof pump.

Or if you don’t want to brush it off into the gutters, lot of people here don’t have gutter guards, then just break big clumps loose with broom and use blower. If it’s just a little I’ve just hit it with mix and leave it unless big clumps. Down here though, we get more lichen growing along bottom edges where the algae stains are bad than we do moss.

Your life will change with a roof pump. Your 3 hours spraying will go to 30 min.

I am looking forward to it for sure. Found a local dealer that carries Delavan pumps which helps, . Just planning out my setup since house washing has died here for now, gonna go full roof marketing.
The only thing I liked about the pump up was precise control and I could do it solo without worry, but I will figure it out.

Here’s how it turned out. 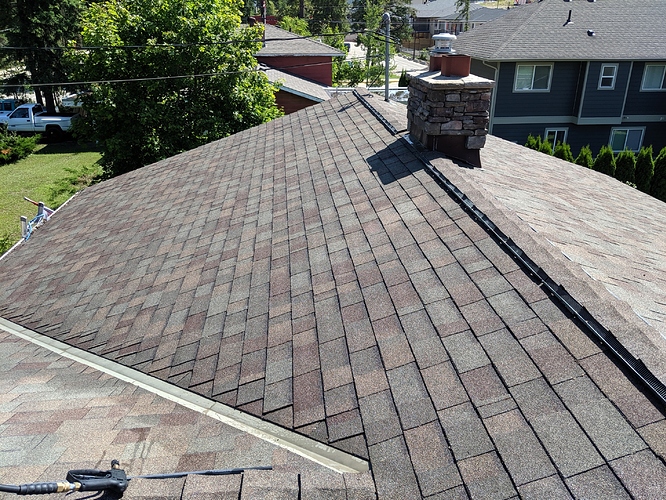 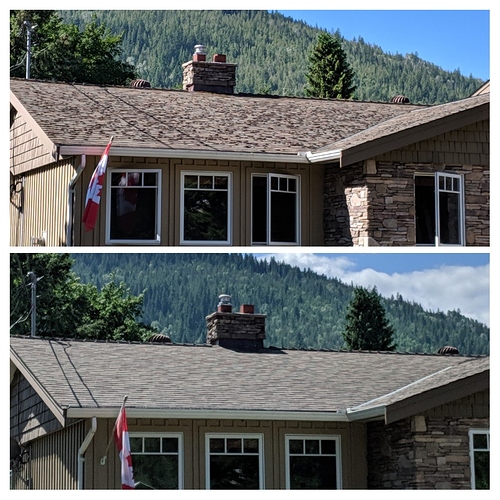 Did you end up using a broom?

Just the sweeping I do with the soft brush. If it had any grip to it I just leave it and let the solution kill it.
Only pain on this job was the gutter guards, so it takes some finesse to have the dead stuff float onto the gutter rather than just stream over the edge into the flowers.