I have a 5.5 GPM 12 volt system and a homemade proportioner setup on my trailer using the Pentair pool type control valves. I bought my whole trailer setup very lightly used and asked the guy what each of the settings was pulling from the SH (35 gallon) and soap (7 gallon) tanks for each number on the control valves but he said he wasn’t sure. He just told me what numbers on the valves he used for each application. The soap tank had about 6 gallons in it when I bought it and it lasted for 6 different small sized concrete jobs (less than 2000sqft) with pre and post treatments and two house washes (2500sqft each). I dumped 5 gallons of Elemonator in my soap tank this past weekend and did my first roof yesterday (small 1100sqft house). During the roof job I turned it up a little and went through almost 2 gallons of soap

. I know there’s better products for a roof but it was last minute and that’s what I used. Does it sound like I’m going through way too much soap, or is this about right? 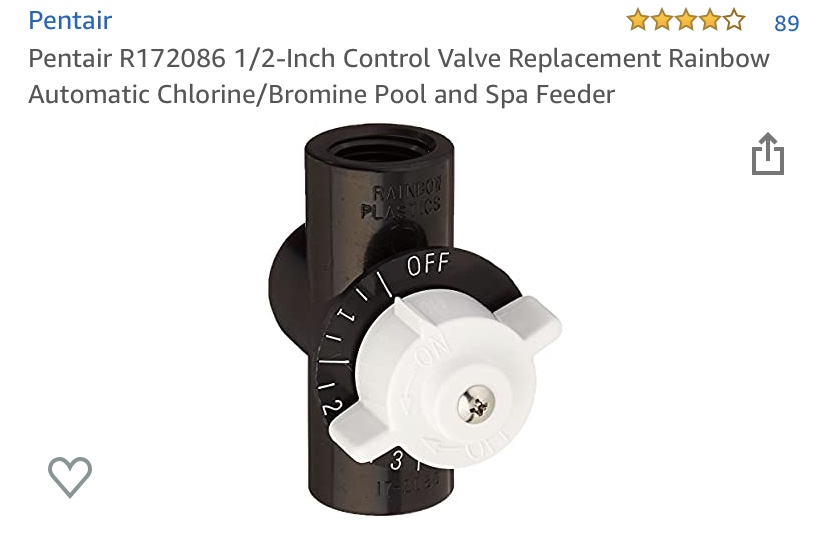 That’s way too much soap. You need to dilute it down. If I did a roof that size I would’ve used like 5 ounces of Slo Mo. A little Slo Mo goes a long way though. If you used Cling On and batch mixed you probably would’ve used about 25 ounces. So, you could probably mix like 3 gallons water to 1 gallon Elemonator or Cling On. I would get it set to where the number 2 works for house washing and then you can go up from there. That way you can turn it down for brick and up for roofs. You just have to make sure the highest number works for roofs though.

I don’t have a proportioner yet but have the parts to build one. Keep us posted on everything. Would be nice to get some numbers for a good starting point.

You have any photos of the inside of the pentair valve? Interested to see how they meter compared to a GF valve.

No but I can grab a spare one and take a pic this evening.

I’ll def mix some water in there tomorrow. I’m bidding a job tomorrow with about 6000sqft of flat work and a screen enclosure. When I get home from that I’ll throw in some water. I’ll keep y’all posted. It’s dinner and get the kiddo ready for summer camp time now!

Interested to see how they meter compared to a GF valve.

The aren’t even comparable to you high falutin metering valves man. I’m diggin yours alot, Haven’t got um yet, I use the same as @JGil911.

Yeah for the price of the pentair I can’t imagine them being much more than a ball valve type design.

That’s what they are. Just a ball valve. I ran across some good needle valves for the same price as the pentair ball valves but they take 6.5 turns to open and close. Don’t really need that fine tune metering and would constantly having to close and recount the turns. I think I might just drop the dough on the good ones but it’s tough spending $120 on a plastic valve and especially when you need 3 of them.

drop the dough on the good ones

but it’s tough spending $120 on a plastic valve and especially when you need 3 of them.

I concur, Be awful nice of a Certain some fellar not from this country to show it in a real picture/ real world, Wouldn’t it @marinegrunt ? Thankfully I only require 2.

When you can basically go out in your backyard and dive to put lobster on the table you can afford those high dollar valves. He probably paid 5 times the price we get them for though…lol. That’s probably why he hasn’t taken a picture yet. He’s out diving for lobster.

Did you just order some?

Seems the Marines ain’t to critical of reading comprehension…lol

Seems the Marines ain’t to critical of reading comprehension

Seems Chair Force elders type one word, forget what they were going to say, and just hit enter. Before you edited your post the only word that was there was “spent”…lol You made it sound like you just bought them. Way to dig yourself out of the rabbit hole Mr. Garry. Blame it on the crayon eating Marine.

And we don’t need comprehension. We just blow stuff up and kill terrorists.

, Yall should get married, I shall change your last name to.

Yall should get married

No way am I spoon feeding him blended up food and changing his soiled depends.

Actually, I’d hook him up. Garry is one of the good ones. You have to do the wiping though @Hotshot