Has anyone tried these hoses yet? Went to get another 100’ of flexzilla and this was sitting beside it feels like the same material if anything the Stanley feels a little “softer” more flexible. So of course I grabbed one of each. Just curious if anyone else had tried them out 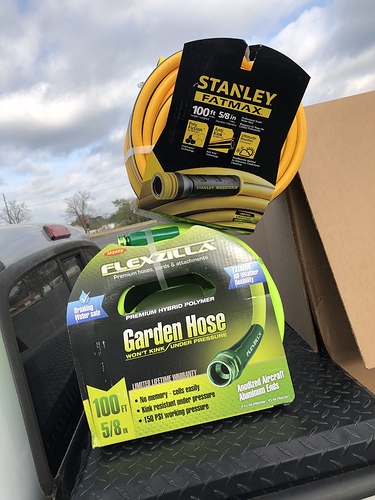 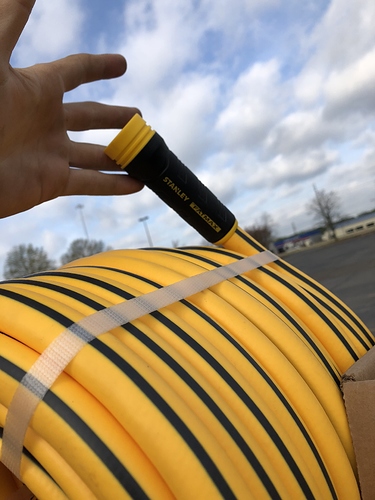 I’ve been looking into this hose as well. The Stanley is made by Bond Manufacturing in Antioch, CA and it’s guaranteed for life. I’m sure they are making a run at Flexzilla which is made my Legacy MFG in Marion, Iowa and I believe has a two year warranty. I’m planning on trying the Fat Max, so I’ll be curious to hear your thoughts. Keep us updated.

flexzilla is great hose I have it. I looked at Stanley hose as well but went with flexzilla

I don’t remember the exact price difference but it’s between 15-20$ Stanley being the cheaper option., after two days my vote is the Stanley. It acts exactly like flexzilla. The flexzilla definitely doesn’t have enough/if any advantages to justify the higher price. I’ll be purchasing Stanley from here on out.

I think ur pretty close around $10-$20 differents

What about this one? I saw this today at one of the big box stores. Anyone tried it? I’ve never put my eyes on the flexzilla or the Stanley, but this looks similar. 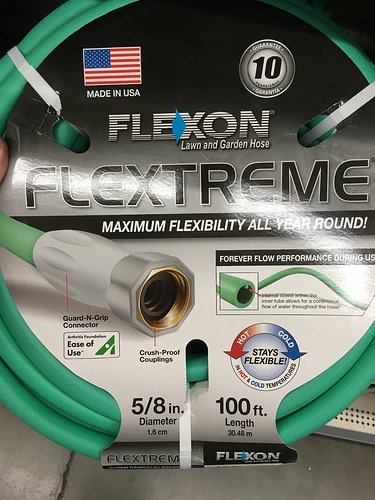 I have about 200 foot of it I’ll sell ya! Kinks like mother!

That little picture in the middle also explains why it’s sucks to mend! I had to use side cutters and clip that little grove off when I went to replace an end.

Well then I guess that is a big NO on that one! Haha.

@Trp5925 can I ask where you found the Stanley?

Big question of this post is can you buy it in a bulk roll like flexzilla? I’m going to be buying 250ft for my coxreel soon to get rid of old hose, I won’t want 2 or 3 joints at 100 ft. 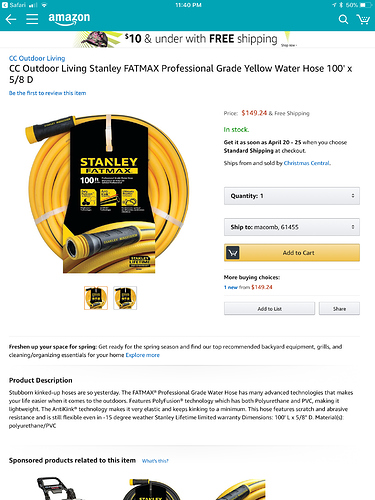 Edit I screenshot The wrong price for zilla hose. 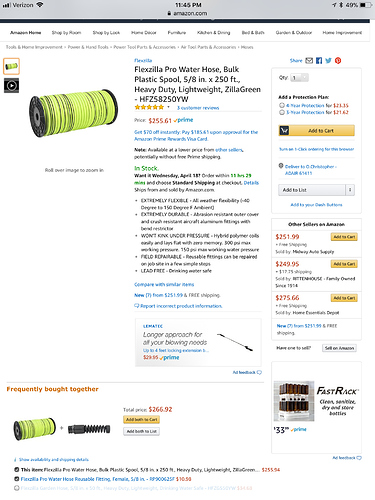 I tried it in the 3/4" and it may be hands down the kinkiest hose Ive ever fought with. Some permanent kinks molded into hose since new that never really straightened out either.Garbage

Fatmax hose will kink if the wind blows. I use the brown rubber hose from Wal-Mart. Fill up the shopping cart when it’s on sale

Normally running only 50 ft of hose to supply buffer tank… what would be the difference between 3/4” and 5/8” hose? Would like to try the flexzilla but all I can find locally in 5/8

I’ll run back by the tractor supply today and grab some pics of the prices but I know I didn’t pay anywhere near $100 for the fat max. Stay tuned

3/4 delivers more water but you lose a lot of room on the reel. Being a wider hose, it also collapses and kinks easier. I prefer 5/8 but I generally have more water than I needed so it isn’t an issue using smaller supply hose.

I’ll run back by the tractor supply today and grab some pics of the prices but I know I didn’t pay anywhere near $100 for the fat max. Stay tuned 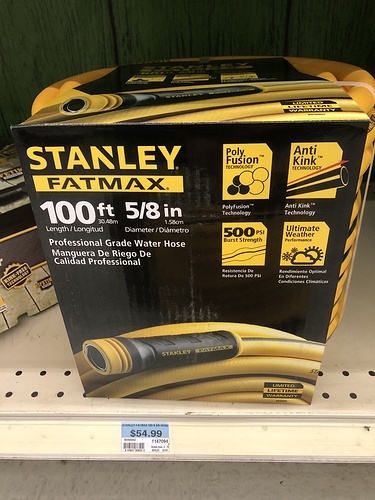 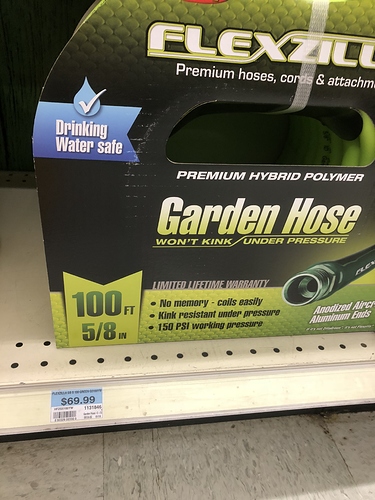