Working on my Suttner ST-2305 gun and am trying to install the rebuild kit I got for it. Directions are broken English with pictures so I’m kinda getting the gist of them, but I am at the point where I am using a plastic tool to try and remove an o-ring and I’m having no luck. Has anyone else experienced this and do you have any tips / suggestions on how to move forward with this? 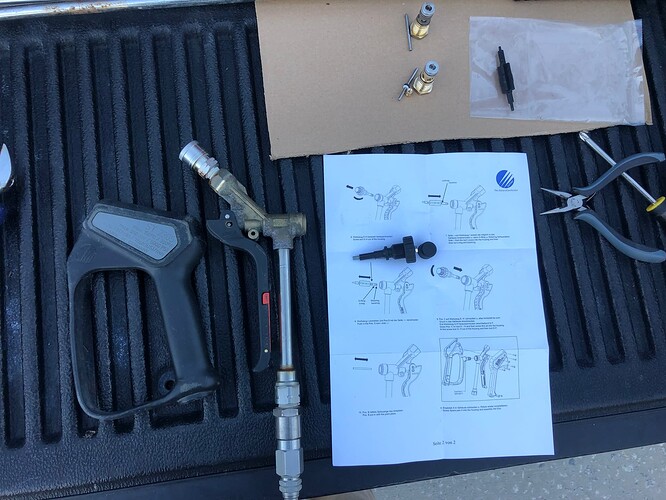 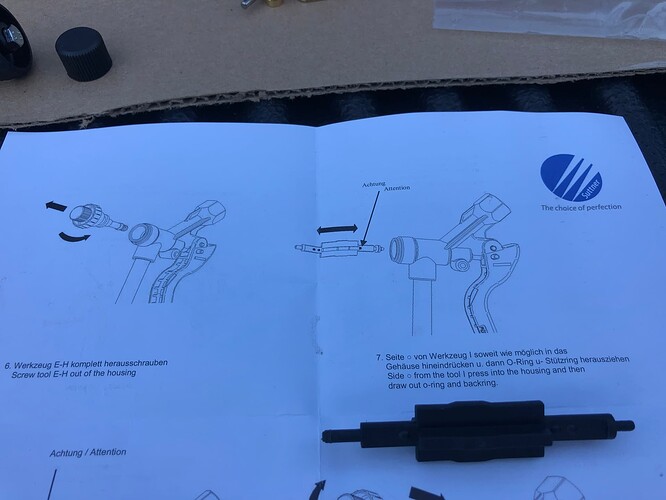 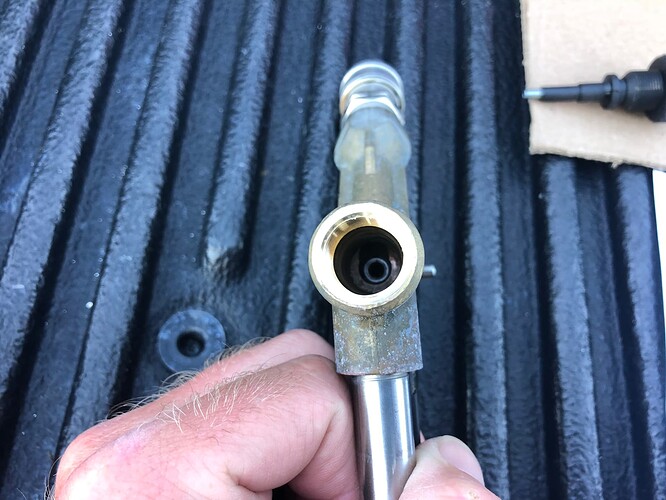 I’ve owned a 2315, a 2605, a 1500 & a 2305. The only one that ever failed was the 2305 & it had just a few hours of use. It would just shoot out a pee stream while off the trigger. The rest have seen plenty of abuse & are still in the tool box ready to rock & roll with no issues. The 2315 is the gold standard for a reason (you’ll understand if you get one) but the 1500 is great if you use a ball valve & have a mile of curbs to clean. The ‘wax carver’ kit from PressureTek is great for removing O rings but I just used a sewing needle with good results before I bought it.

Over the years I’ve tried a dozen times to use that rebuild kit. I’ve never figured it out. Usually it’s just the spring that breaks and you don’t need to do the whole thing and use that funny gizmo. Just get a 2315 and when it’s worth it you’ve got your money’s worth.

I have never done your specific task, but the o-ring does not appear to be held in place by anything. In my mechanic days, I would have reached for a 90° dental pick or small screwdriver in your situation. You could also try the head of a nail which will help grab the o-ring from behind and pull it out. If you have snap ring pliers with long enough jaws, they might work too.

Four years using the same 2315, it drips a little but no issues.

I decided to rebuild the 2305 because it’s been great for the year I’ve had it. It only started to slightly dribble water within the past two weeks. But, I wash 12 months out of the year so when it’s 40 degrees out in January I don’t want to wear any more water than I have to.

Got the innards all pulled apart finally. Only piece I couldn’t get out was the small white-colored busing under the small o-ring. When I first posted, I couldn’t even get to that point as I was struggling on getting the seat out. That’s probably not the correct term for it, but, if you’ve ever replaced a seat or a jet in a small engine carburetor, it’s very similar to that. My issue was that I wasn’t comfortable cranking down real hard on the plastic twist knob tool that came in the kit; after all, it’s plastic screwed into brass. But, I overcame my fear and twisted the hell outta it and it gave. The fancy o-ring picker tool worked for the o-ring, but the white colored busing was a no-go, so I left it and reassembled with all the other new parts in the kit. Didn’t test it out yet, but probably on Monday or Tuesday at the next job I’ll know how it turns out.

I use a GP YG5000 gun. Never had any issues with these guns. I wear out the sockets and swivels only. I also use a seal pick to get the o rings out 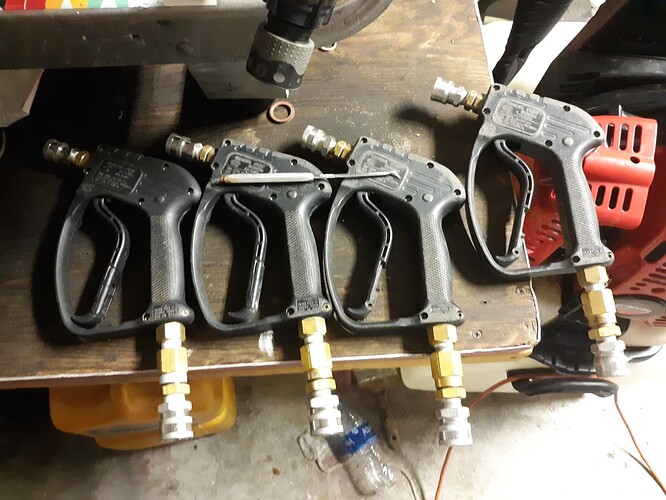 True statement. I get my hoses from NT. When they blow i put the swivel connector on it

Order your hose with swivels. When hoses blow out it’s time to throw them away. Safety before profits or anything else. I’ve had two guys in the hospital from blown hoses and I’ve been busted up when one burst over my shoulder.

Listen to @Innocentbystander on this one. Once a hose has been compromised you can never really trust it again. Throw them away and get new ones.

Same, I’ve tried to get them repaired but they blow in a different spot soon after.

Mine last about a year, grey 1 wire.

I typically get about 8 months out of a hose before they start to show signs of failing. Biggest thing is don’t abuse them and I always keep a few wraps around the reel with a spring clamp to keep it from birds-nesting and to protect the crimp at the reel end. I also unroll all the hose every time.

That being said, I just lost one last week that is only a few months old. It wasn’t the same brand that I normally run but at the time there was none in stock so I had to grab this section.

I hear ya. Looks like I’m gonna have to wait a while to get new hose. Same with my surface cleaner. Its a 21in canpump I got second hand for $150 and it just won’t die. I’d love a SC without castors on it but this thing just keeps working. Blasted reliable equipment

Where are you ordering hoses with swivels on them from? The usual vendors I order from do not offer that as an option, lately that’s been Bob.

United Hose, JGB all make hoses however you want them. I currently get my hose from my Landa dealer. I think it is Continental. I really haven’t ever seen a pressure hose that didn’t have a swivel on at least one end.

Every hose on Bob’s site has a swivel on them.

I got a half dozen of these but only got about 4 or 5 months out of them.