Help guys got to wash a house tomorrow with a lot of spider droppings what removes this from white vinyl siding. my house wash will not touch the stuff.
Thanks

Help guys got to wash a house tomorrow with a lot of spider droppings what removes this from white vinyl siding. my house wash will not touch the stuff.
Thanks

What kind of spiders? Are the droppings down low and above mulch beds?

Do they look like small black poppy seeds that are basically glued to the siding?

If so, I would just educate the client on what they are and the removal process could be damaging to the siding.

If it is in fact Shotgun Fungus, just educate and move on.

Spider droppings? Like spider poop? Lol. Not sure if I’ve ever seen spider poop. Didn’t know it was big enough to see with the naked eye

This place has more spiders than i have ever seen. it is not shotgun fungus as i have seen that and this is not that. Not sure what kind of spiders they are. I guess i should have taken some closeup pictures. This stuff is brown small stains but bigger than shotgun fungus all over a cove on the house it is all over the walls concrete driveway below.

So what is this stuff i tried everything heat, f13, scrubbing nothing touches the stuff siding is about 6 years old. We washed the house and told the customer we were not going to be able to remove it. The house is out in the country. The customer said that was fine he actually tried to clean this stuff off himself and he was wondering what it was I told him there were a lot of guys that could maybe give me an answer and i would let him know. He does have mulch around the house but not where this stuff is. 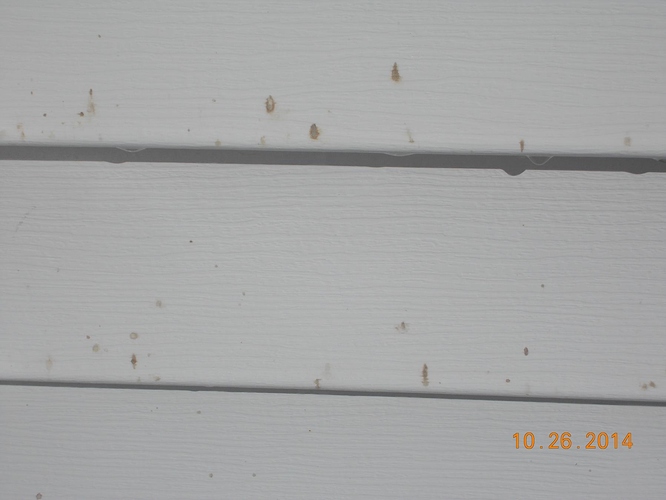 is there a deck nearby that someone tried to stain?

[MENTION=3162]JCinNJ[/MENTION]
No sir no decks at this place

Here is a picture of the area in question most of this is in the corner between the 2 garage doors but some of the same stuff is above the big garage door also. 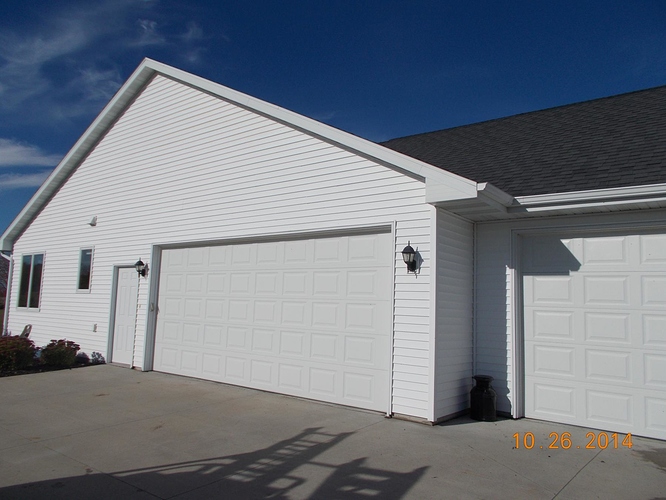 some sort of material defect, something was splashed on the siding, zombie spider poop that is immune to SH???

The most spider infested home ive ever seen. Every black dot rolling off the house is a spider egg. These suckers were ready to bloom apparently. They were hatching as I washed. In every crack on every side of the vinyl. They had a bug guy there just shaking his head. He had never seen anything like it. https://youtu.be/ldR1FITTGLk
In the pic these stains literally covered the entire house with only inches between. 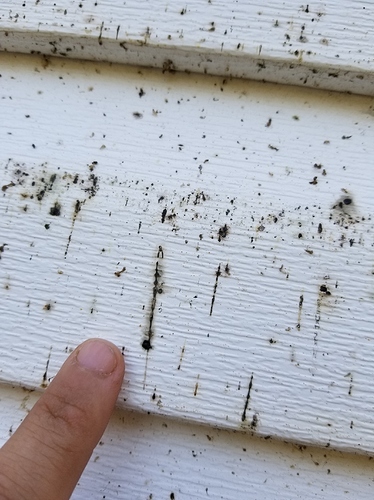