So this happened earlier 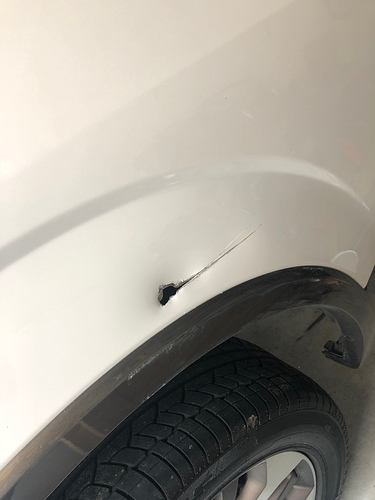 Any ideas of something I could use to cover it so water doesn’t get in while I get it fixed? Tape perhaps? but any specific kind of type?

Bondo patch kit will have everything you need to patch it in less than an hour. Let a body shop sand it and paint it. I bet it costs you less than $200 and half a day to fix.

Thanks!!! So patch it with bondo, then take it to body shop for them to finish it up? I won’t get around to it until tomorrow though. It might rain later, would it be really bad if a little water gets in there? (kinda why i wanted to put something over it, cause of the rain later today)

Spray Wd-40 or put a thin coat of Vaseline on it if you’re worried about Rust, but if you use the patch kit it’s going to have you sand down the area anyway and the surface Rust will go with it.

If you spray an oil based anything or put adhesive on it you’ll have to use a solvent to get it off. You’re just adding an extra step.

I gotcha. Thanks again brotha!

This is smaller than yours, but it’s been on my mind since I bought the Tundra. It came with a hole in a fender like a nail had been hammered through it from above. Shouldn’t take much longer for yours. The patch kit comes with a mesh you can put behind yours, but that’s the only real difference. It cost $40 at O’Reilly’s for exact match paint, primer, and clear coat. I have the sand paper and bondo. I was convinced I bought the right color rather than matching the color code in the door so I have to get the right color before I sand it one more time, clear coat it, and wet sand it. Took about 2 hours total. Maybe another 2 hours left. Anyway, just thought I’d show you this is a pretty simple fix. 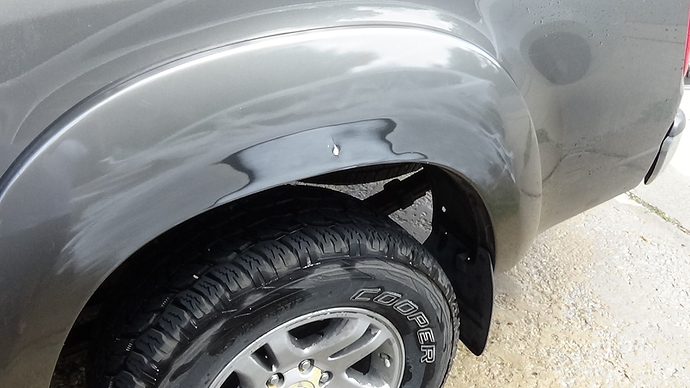 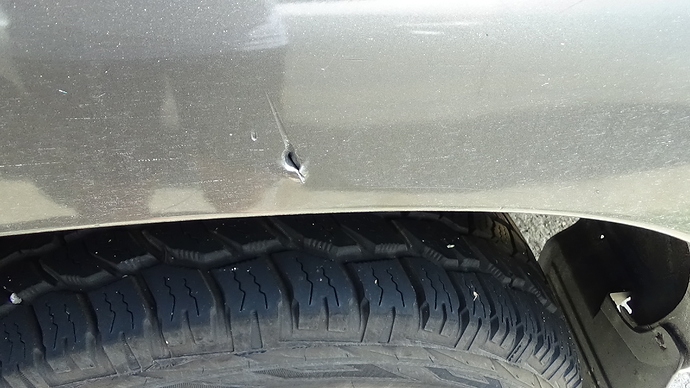 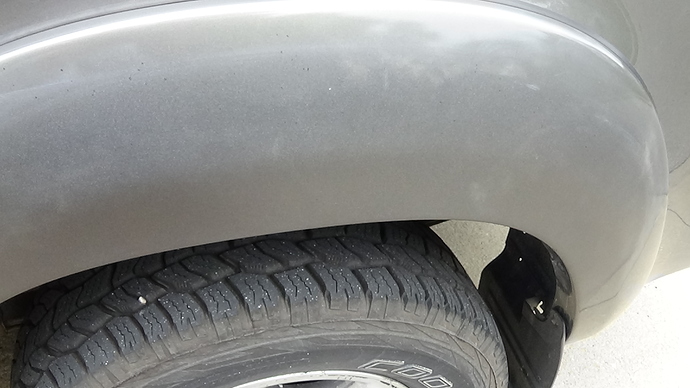 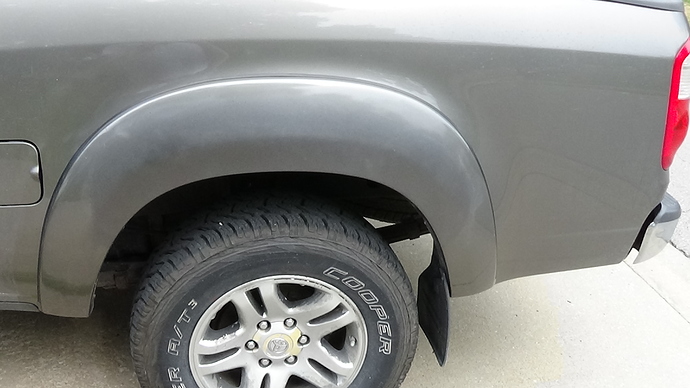 Here’s how I learned.

Nice! that looks really good! I’ll be giving it a whirl later today or tomorrow. I’ll post pics of how it goes!

I wouldnt use anything that would make the repair more work. Some water isnt going to hurt anyway. Tape at the most in my opinion