Doing my first ever smoker competition. Kinda look like the weak link with a little electric smoker… It’s still fun! 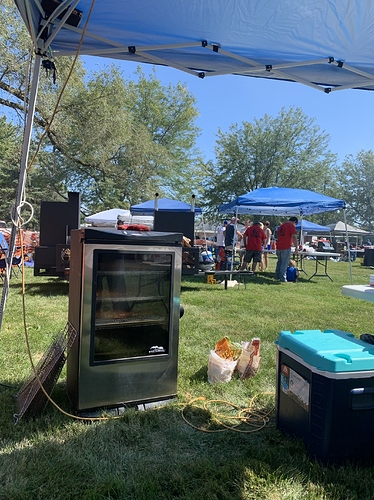 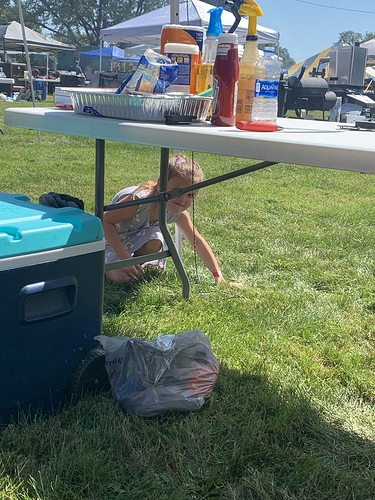 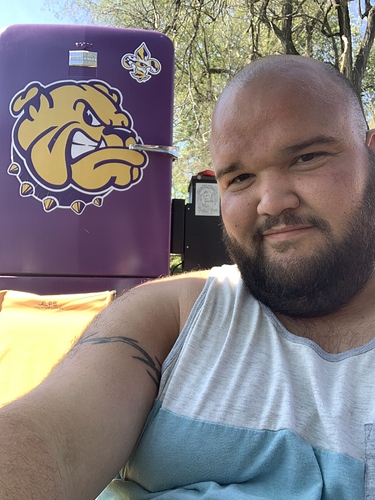 They’re a lot of fun. My buddy and I use to enter a few here and there. We did the big ones like the IL State BBQ championship up in Shannon, IL put on by the KCBS. It was a big one and even had Johnny Trigg and a lot of other main teams. I’ll tell you what though. You would think the other teams would be all closed lipped but they are some of the nicest and most helpful people you’ll meet. The IL Championship was one of our fist ones we ever did so we didn’t have a good idea of how things worked. We had Smoky D’s BBQ parked next to us and would’ve been lost without them. Although, once it was time to get the containers ready they were all business and had tunnel vision. You’re talking tens of thousands in prize money though. The “title” is more important to them than the cash though. We had done some smaller city tournaments in the past but the rules weren’t as strict as a KCBS sanctioned event.

Bbq people are some of the nicest people you will ever meet. That’s why I love competing

It’s been a blast! Setting up and tearing down stunk and will stink lol

We’re supplying a few competitors with power. The camaraderie is amazing! We have been eating all day lol

Those smoking rigs that the big time teams have are impressive aren’t they? Sleeping quarters up front and a kitchen in back that houses their $25,000 smoker. All digital with the auger that feeds the wood pellets as needed. Some of those rigs are probably worth $150k+. We just used an old enclosed trailer with our equipment packed in. It had a fold down door so we just wheeled our big smoker out of the back. We laid out sleeping bags and slept inside. It was just me and another guy so we’d rotate in shifts throughout the night. Come Sunday night we were always so worn out. What a blast though. 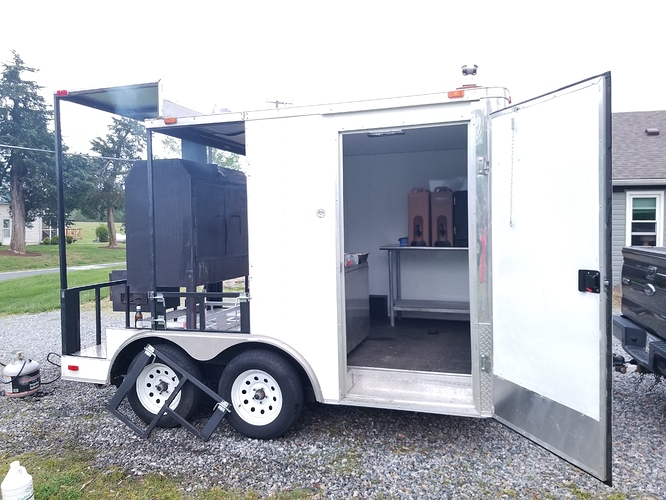 My ribs are fantastic! My team mate made smoked Mack and cheese that’s a big hit.

Hope I win! Even one of the professional guys tried my ribs and said it was a contender 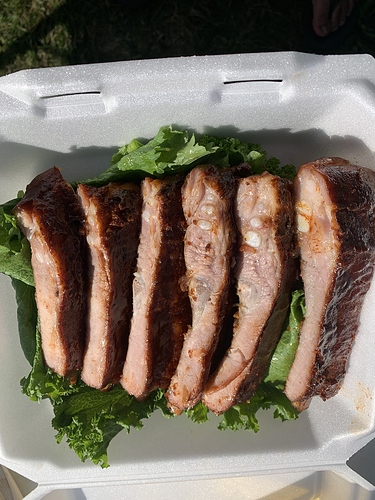 That’s still an awesome setup. No reason to have one of those $150K+ setups unless you do tournaments full-time, own a restaurant, and do catering too. You know how it is. Those people travel the country and hit one tournament after another so they pretty much live out of their kitchen/trailer during the summers. Your setup will do everything you need it to do. Most have those stainless steel setups with all the bells and whistles where they don’t even have to do anything while the butts and briskets are smoking for their 10-16 hours. Set it and forget it and listen for the beeps.

While your smoker is cooling off after you’ve taken the meat off you should throw some pretzels and cheezits in there. They soak up the flavor and make great snacks for a busy work day. They will make you crave BBQ though lol

That sounds good! I’ll try that next time! 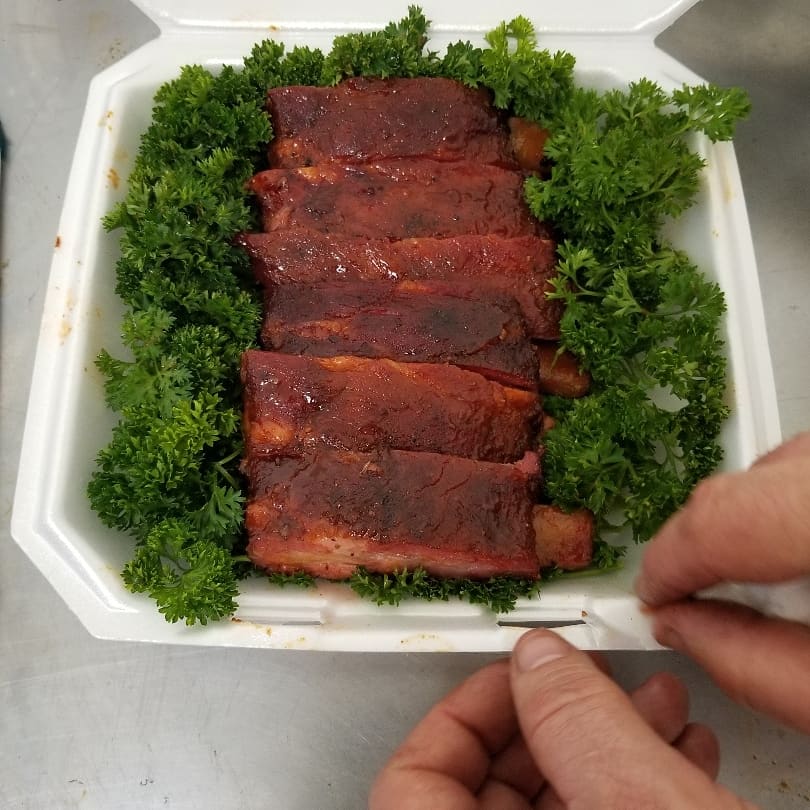 Those are the ribs that won this spring

Uggh, I was so excited when I saw the thread title. I thought it was about cigars…

I like the Central Texas style of bbq. Oak smoke, coarse kosher salt, coarse black pepper, and time. I run an small offset stick burner and can’t imagine using anything else. But I will eat damn near anything you put in front of me. All the pics look great and hope everything turned out great. Cheers

Nice color on them ribs

Well my ribs didn’t get in the top 3

Everyone else loved them. The guy who one said ours tasted just alike. 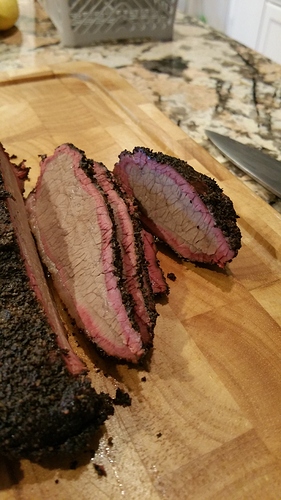