Should I buy this truck to get me started?

So I am still in the begining stages of getting my business off the ground. The current road block I am facing is how to get from point a to point b with my machine as I only have two compact vehicles to my name.

Preface: im broke. Everything I have done so far has been with the idea of doing it as cheap as possible, just to get some profit and use that to invest back in the company.

After contemplating pulling out the passenger seat in my old ■■■ chevy convertable and making a ramp to load up my pressure washer, i decided it would not look professional, and if i really want to take this seriously i am going to need a work truck/van. I have been browsing craigslist for some time and came across the following truck for sale: 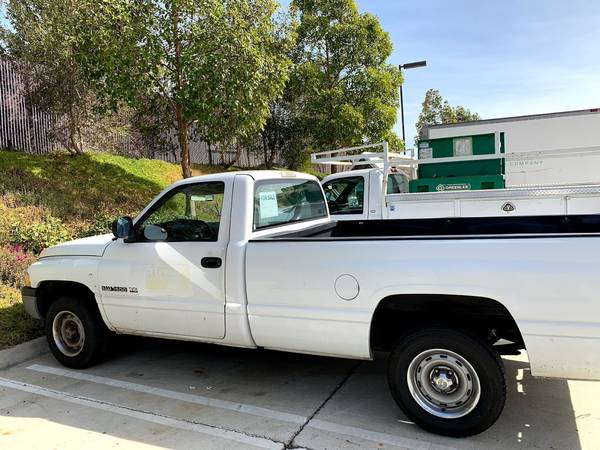 What do you guys think? I would be happy if it lasted another 50k miles and the kelley blue book says its worth about $1,500. I just dont want to sink $1400 into a car just to have it cost me more in repairs.

If I can get a vehicle, then i could move on to finishing the washer setup, cleaning a few things, get insurance then start getting some jobs.

All opinions are welcome and much appreciated!

Without seeing it, nobody can tell you.

The front seat thing? Not an option. Good move!

Go for it, it’s a dodge…but if you can use it for a few months before the tranny goes out then do it.

That’s bad advice right there. If you’re broke, you still need to get someone who know their stuff to check it over.

Buying a lemon will bankrupt you and cause you endless amounts of stress.

I plan on taking it to a mechanic for sure and giving it a look over. Will cost me about $150 but I think they could give me a heads up if something was off.

If you don’t know enough about them, or have any friends that can help you out - it’s worth the money to get a check over.

You really can’t go ahead and say buy a truck from a picture, or the fact that you had an old truck that went ok. Just saying…

Haha nice! Sounds like you came from humble beginnings.

I literally just want something that will roll around and i can fit my washer into. Having a 3rd car as backup if one of my others gave out will be nice as well.

He’s not asking if it’s mechanically sound…cause who could answer that from a picture. Glad you figured that out though

He’s asking if it looks professional, presentable enough as a business truck…

So my answer is yes, for the price. White, which looks like “business”…little to no rust, decent size bed.

You should make that back in a few weeks…since you’re just starting. I have three rams! Love them, no issues.

Here is another picture of it’s “not-so-pretty” side. 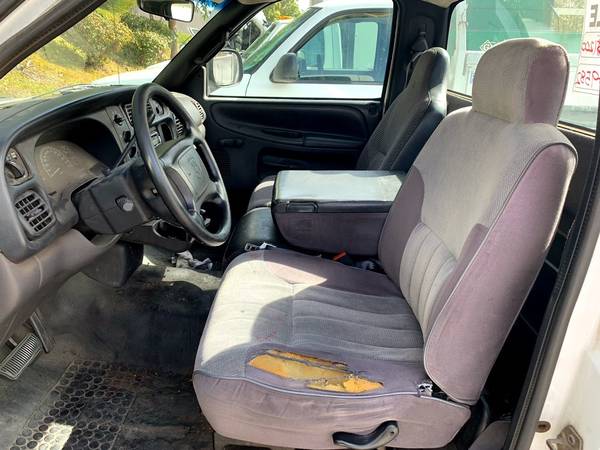 No one sees that but you!

You can buy a nice set of seat covers pretty cheap

Yes sir, I’ve always driven crap cars so my wife could drive new. After a few years I finally have a few nice trucks for the business, but it’s not about what you start with… don’t let people’s opinion affect you.

Where are you located

Glad you figured that out though

Ha. I’m not going to be patronised by a fella who doesn’t know the difference between “their” and “there” or “you’re” and “your”.

He didn’t ask if it was presentable enough to run a business. He’s already said the “chair” thing wasn’t professional, so he’s looking at this vehicle as he knows it’s professional already.

Don’t see why you had to make it personal.

In nervous because we dont have the humidity that other places do, so i feel like maybe i wont get as many jobs as i see others getting on here?

Plus, I think there is a lot of competition here with many well established pressure washing companies.

I guess I mainly wanted to see if people thought it would be a good investment or not. Maybe from prior dodge experience, or just the value of the car in general along with my current life situation.

I know it would be impossible to tell much just from a short description and a picture, but its worth a shot.

Personal? I guess you don’t get my sarcasm lol sorry,.,

By the way “fella” isn’t an actual word…

Your missing a few commas in your sentence as well.