I have a lead on a large house-wash out in the country. Do not know the condition of their well. There’s a good sized pond around 400’ from the house. My gears are turning…

There have been several occasions where I’ve had a job near a body of water, where their well pressure was poor, and I thought how great it would be to just pull as much as I need from the pond, stream, or lake nearby.

How would you set something like that up? Semi-trash pump to the buffer, with strainers inline? What else would be involved? 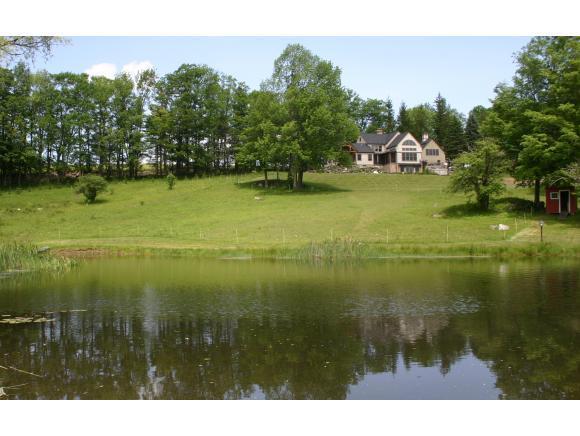 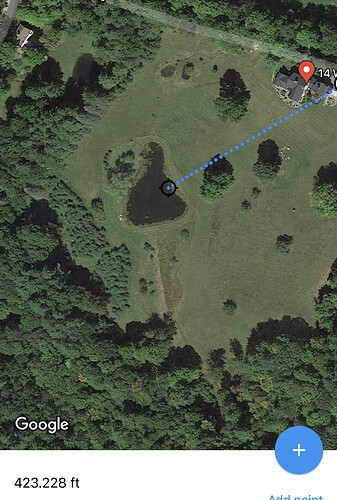 Depending on where you’re at and the type of body of water, irrigation rights might have to be in place for the homeowner in order to draw water.

In the case of a private pond like what you’ve shown, I would think you’d want to establish depth, the deeper the better, and then either float the intake, or get a neutral buoyancy maybe 2 feet down and at least 2 feet above the bottom so you aren’t ingesting floating debris or sucking soil off the bottom. This intake would obviously be filtered, but a trash pump will draw quite a lot, so it’s only going to be a coarse filter only.

Post-trash pump, I would want a settling tank to allow the sediment and other debris you did draw to settle out, then another pump with a fine filter to pump into the buffer tank after that. And you would have to accept that you are going to get some debris in the pump on your pressure washer. Also, it seems like the setup would take you longer than the wash.

Interesting thought. Way back in my volunteer FD days we would occasionally train using “hard suction” to pull water from a pond… hose had a float on the end to keep it from settling to the bottom of the pond like this: FLOATING STRAINER 5" & 6"

Theoretically, it should work fine… tie some floats, maybe a couple of 2-liter bottles to the end of the hose so it stays a foot or so below the surface… that should keep the heavy contaminants from being ingested.

I wonder if using water with algae, etc in it would matter - surely the SH you use in the wash would neutralize them?

Id definitely have something to float the intake above the sediment level , We drafted from collecting ponds when I worked in the limestone quarries, the 4" suction line was immersed about a foot deep floating on poly barrels . Then we got very little sediment contamination.

DO NOT DO THAT. You will regret it call pool water company drop 275 totes have them fill them the day before

DO NOT DO THAT

Do what ? Water collection?

Glad you posted this, just looked at a site with no hose bib but a pump house about 100 meters away. I was thinking trash pump to tote, filtered pre and post tote. I just don’t like the idea of stopping to mess with the trash pump to get more water while cleaning.

You cant clean with dirty water

Oh I didn’t say it was the brightest of ideas, just saying it could be done @Firefighter4hire

It can be done just not very well.

Ok, so realistically, the simplest thing for me to do is probably split this job over two days, with a few day in between to let the well recover.

It would be really cool to figure out a straightforward method of utilizing bodies of water on-site, though. I had a camp I looked at last year, that was next to this sparkling clear stream. The owners were convinced their well wouldn’t have been up to the task of even a little bit of power washing.

Do you not have a pool water company where you are. If not you are definitely in the wrong business

But the IBC tote idea - you could snag a spare IBC, fit it with a hudson, drop it off the day before and leave it filling.

Doesn’t sound like a great idea, but maybe no worse than a house wash with pondwater.

@MagicMan I don’t like chocolate. But think about it if you live in a area where there is a need and nobody doing it. Thats just business

I wonder if you could use the pond for shaping and partial rinsing and then do a final rinse with clean water? You could also try and plan it for a day where rain is in the forecast that evening. That will help to continue rinsing.

We design some machines for marine use and some of them just throw their supply hoses overboard into the sea for their water. The ends of the hose have a rugged filter and there is no worry about hitting the bottom out there lol obviously a lot different, but this made me think of that.