Does anyone know where Powerline buys theirt railers or do they manufacture themselves?

By the lack of response I would imagine that many, like me, haven’t heard of Powerline Industries. Why don’t you add a link?

You can show any trailer builder what you want and they can weld it up for you. They would just spec it out as needed. For instance they wouldn’t bolt up a single axle on a 14’ equipment trailer or use 1/4" plate on it if it’s a steel deck. They also wouldn’t space the cross members at 24" centers if you going to carry anything heavy on it.

Don’t ever enter a raffle with powerline lol. Find a better vendor 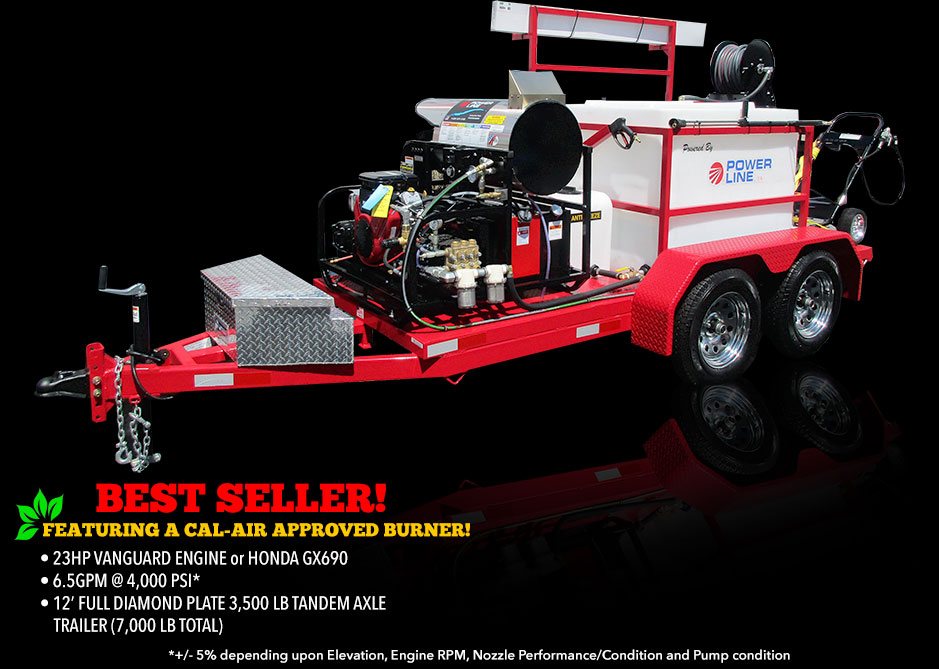 Anyone have experience with a Toyota PW? First I’ve seen of that. They (Power Line) are proud of their trailers, though aren’t they? Before I set up another trailer I need to do more research here and visit with my mentors Rick and William. One uses a trailer and one uses trucks. I might even elicit some advice from ol’ Rowdy. I’ll probably head in that direction (another unit) after Christmas in time to be ready for next year’s Spring and early Summer madness.

Anyone have experience with a Toyota PW?

I don’t have any experience with a Toyota pressure washer but the Daihatsu Motor Company was a partner with Briggs in making the Vanguard engines for a number of years. Although, last year Briggs moved all manufacturing from Japan back to the US to be assembled here. I’m not sure if they completely cut ties with Toyota or if they still work together on it.

I would bet they do Toyota has a huge factory in Kentucky. That doesn’t seam like a terrible price if you want a turn key unit. I almost bought one but to many people say the customer service is bad. That’s also part of the reason I built the tank

You mean to tell me my new vanguard is a Toyota under cloak and dagger @Firefighter4hire? I’ll take it.

Well like a red headed step child Toyota but yes.

I know his name is a cuss word around here, but he is very knowledgeable. I just got off the phone with Jerry McMillen and I was asking him about his builds. He says nowadays the only engines he uses are Vanguard and Kohler. His opinion is Honda’s have too many problems with ignition modules, coils, and the nylon timing gears they are not near as reliable as they used to be. Maybe you did make the better choice…I guess you never know these days. Time will tell

Maybe you did make the better choice

Never my luck my friend, but thank you for the pep talk,I hope she lasts a hot minute.like you said,time will tell I gather