Pool guys scarred up my concrete

I’m having a pool built and I know from here that you should not pressure wash concrete that is less than three years old. When the pool company was applying the plaster, any plaster that landed on the one month old concrete was washed off with their pressure washer. As a result, the top coat in many places is missing. Is this just a cosmetic issue or something worse?

Wow. That’s frustrating. Do you have pics?

I would assume it doesn’t look that great anymore. So they’ve affected the aesthetics. And they’ve damaged the concrete.

I can send pictures later today. The owner mentioned having someone pressure wash the rest of it to make it even.

pressure wash the rest of it to make it even.

that has never worked for any scenario…concrete, oxidation, none of it

So he’ll uniformly ruin your concrete for you? What an offer…

Some of it is hard to see because of the dog prints, but it’s basically marks like this all the way around 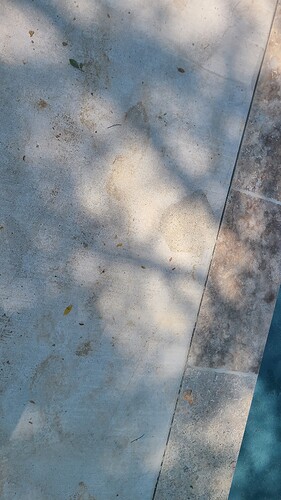 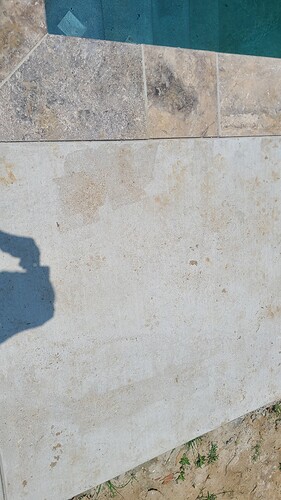 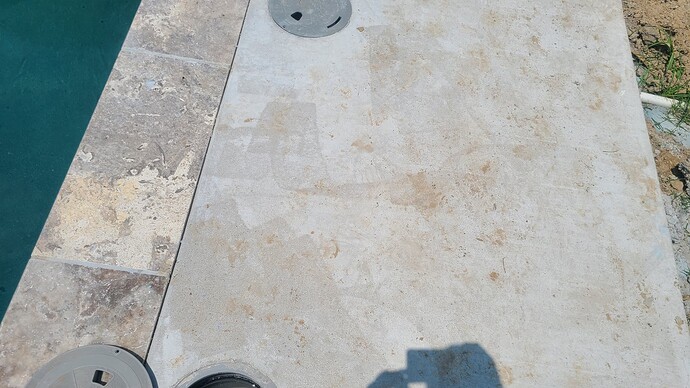 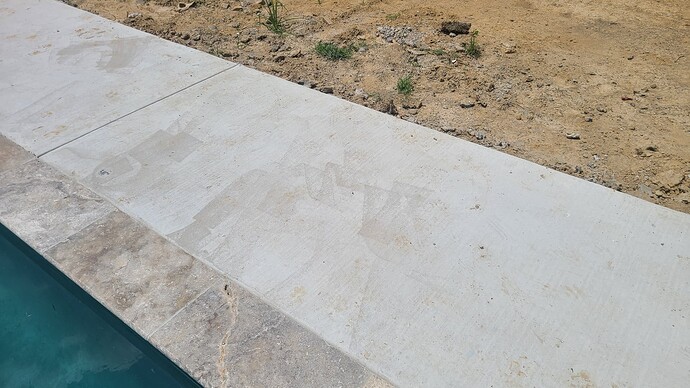 They need to skim coat the entire surface

I was going to say…we could pretty much all picture exactly what it looks like, but there’s no “evening it out” unless it’s the absolute only option, and even then it’s maybe a 10% solution to the problem…

Tell them to cover the cost of installing kool decking, or something that is similar.

Well, the F9 forum talks about a circle technique and a couple of their chems, might want to ask Craig about that.

I got some I’ll give you. It doesn’t work, but there you go.

You can clean concrete that’s weeks old if you know what you’re doing, but I’d be pissed it were my pool. They’re not cheap these days. why they wouldn’t cover before application is beyond me.
I’d be very proactive on this. They can come try to even out, but I’d be adamant about it being fixed or one of the other suggestions done. Both the skim coat and the cool decking are going to be more maintenance issues longer term than nicely finished concrete.

So you hired some hacks, or hired a company that hired substandard employees. Sue the people who did it and have them replace. That would be like me staining a deck. getting stain on the customers concrete, using my turbo nozzle to wash it off, and acting like all the marks in the concrete are just to be expected.

Man, I have got to relocate, I could do half of what I do now and people would think I was the best contractor ever compared to these morons.