Thankfully this was for a friend so she really wasn’t concerned about the result. 12oz in a gallon of hot water, rolled it on dry with high nap, let sit for about 15 minutes. Didn’t do much except bleach the concrete lighter. 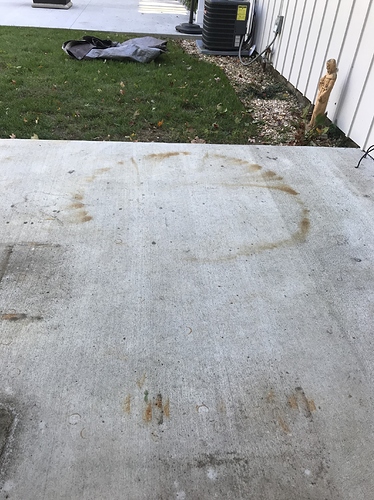 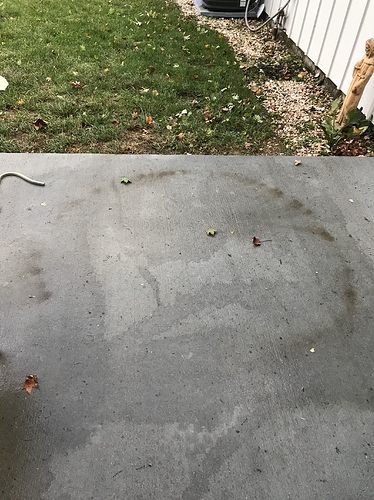 My experience with oxalic is its great for sprinkle rust. Not so great for other stuff. So I only guarantee irrigation rust removal. And promise nothing on the rest . 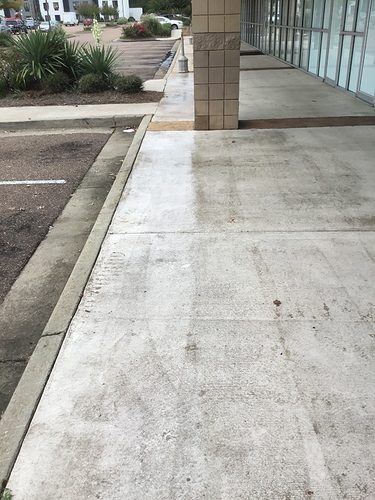 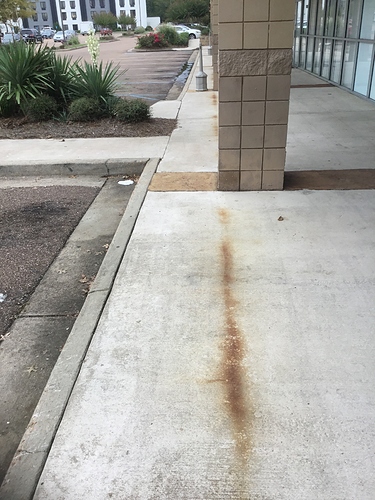 Did you have to treat the entire slab or just the rust area. I used rust remover plus with some success but It brightens the concrete so much I have to do the entire area. Which adds up in chem costs.

I was able to feather it in on that one. There’s been a couple that I did the whole section. I like F9 BARC because you just spray and leave it after the surface is completely dry

Hey guys, old timer but new here. Whenever rust doesn’t come off with oxylic it could be that the iron in the concrete is burned. Usually by acid from batteries. Heavy iron from sprinklers might take several coats of ox.

This was a fire ring put on short blocks. Rust just ran down the legs into the concrete.