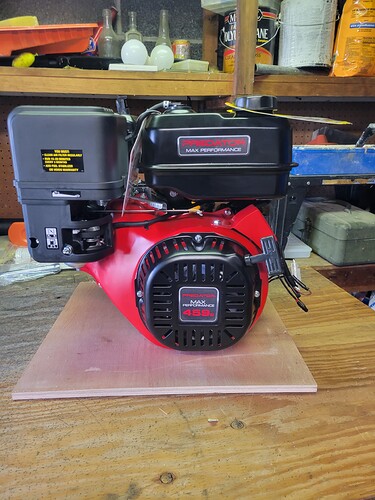 Does plywood make a good base for those?

That’s the base it came boxed in. I wouldn’t recommend it. Skid plate is ideal.

I was being a smart alec and it bit me in the butt, lol 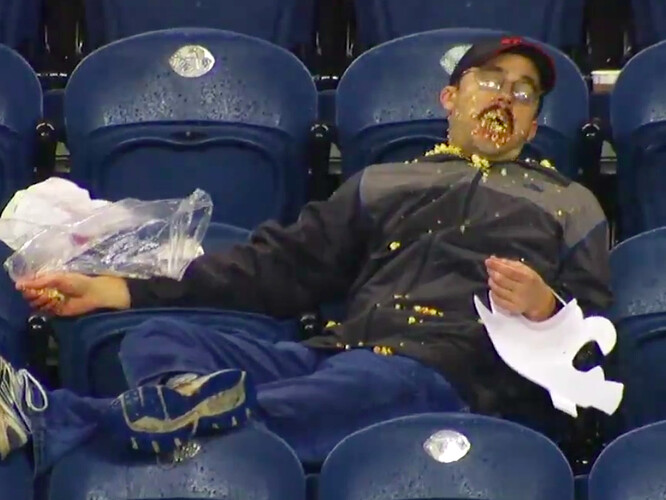 If it’s anything like the brand new 14hp Kohler I bought last year, all you need is some double walled cardboard to last the life of the engine. Save the plywood for something useful.

You had a problem with a Kohler? That’s all we’ll buy.

Yes, from day one. Parts on back order all year. Total waste. No worries. I fixed it with a 10 year old Honda off of Craigslist. The Kohler has a fueling issue. It won’t stay running under a load. I can’t believe you aren’t running Hondas.

Nope, issue free on the Kohlers. I know a lot of people swear by the GX690, but the Kohler is just a better engine IMO (or we’d better believe that, since we pay a bit more than we could get a GX690 for I think)…at least we’re pretty happy with them. Not sure of the HP (probably 22-25), we get them built from Russ @ Southside, on a 8gpm x 3500psi.

Kohler might make a decent bathroom faucet, I don’t know. I wouldn’t buy one at this point to find out. But for running a business, I’d buy a Predator or even a Vegetator over a Kohler. That way at least you’d have a warranty & wouldn’t have to spend the year waiting on backordered parts that will never ship. The Kohler carb that’s been on backorder all year was around $90. I spent $40 something on a maintenance kit for the Honda that came with a replacement carb, fuel filter, recoil housing, fuel cap, fuel line, low oil sensor, kill switch, coil, spark plug & a some other odds and ends. I bought a second used Honda as a spare. These things rock. Honda pees all over Kohler. I spent 3 years in vocational school in the 90’s & took small engine repair all 3 years. Kohler was highly sought after back then but if they can’t provide simple replacement parts, it’s easier to buy a used Honda that fires up & runs like it’s supposed to than to waste money on junk. Hopefully you won’t need any parts.

LOL, that’s funny because we needed a carb for one of ours back in September, and we got 2 (may have been a 3rd one shipped at some point). Russ was trying to figure out why we got multiples…maybe we got yours

It wasn’t mine, you’re running them big boy rigs. I’ll eventually put a Harley carb on it, strap it to a go kart frame & get rid of it on Craigslist where it belongs. In the meantime, it’s wasting space in the garage. You can have Kohler. I need reliable equipment, so it’s all Honda over here.

Cool, if nobody wants 'em, I won’t have any trouble getting them (sadly, in the middle of a month wait for engines to come in to get a new one right now, lol). Other than the one carb issue, we had exactly zero issues with the PWs themselves over the last year (3-8gpms and a 5.5 all year), so I’ll take that. We do run a pretty intensive oil change schedule on them though.

You can have 'em.

Imma get some popcorn.

Bro you think ican just use some roller skate wheels as mounts? Lol

Nah, just stick some old flip flops under there and you’ll be fine

On a serious note, my predator engine hasn’t had a single problem in the 2 years I’ve been running it. I do a lot less washing than the big dogs here, but I’m incredibly impressed with the 22hp and its longevity so far

I sold all my kohlers because they vapor lock and won’t stay running. Started with vanguards, then kolhers, Hondas for the last 10 years.

Imagine that… I replaced my Kohler with a 10 year old GX390 for $175 & I was back in business the same day. I later bought a spare for $100. Both are homeowner-owned engines off of John Deere machines with crapped out AR pumps & both crank up with one pull. I have a box full of new parts for dirt cheap that will work for either engine. Can’t go wrong with Honda.