I’m starting a commercial wash soon and I’ve decided to come here for some guidance.
This isn’t a typical metal building as it’s in a manufacturing facility. Outside is blue metal (20 years old with some oxidation). Siding has the whole shabang. Grease caked with airborne sawdust, mildew, algae…a bit of everything in different places.
I’m thinking about downstreaming a degreaser onto the grease and caked in dirt. Then a standard 1.5% house washing mix on the algae and mold covered portion. Due to the oxidation I’m wondering if maybe I should use a weaker house wash mix though.
Thoughts?

Without pics everyone will just be guessing.

Doing some test spots tomorrow. I’ll take some pictures while I’m there

This is the stuff that doesn’t seem to respond to anything…housewash downstream mix w/tsp as well as multiple detergents and degreasers. Looks like the customer tried pressure washing the stuff off themselves. 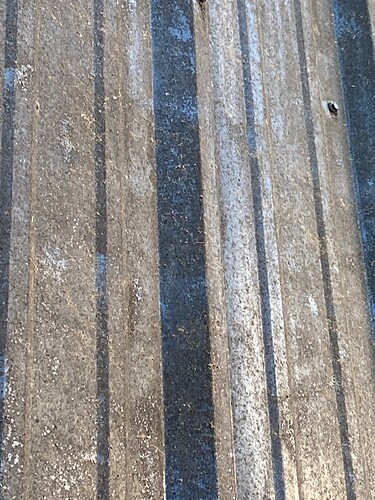 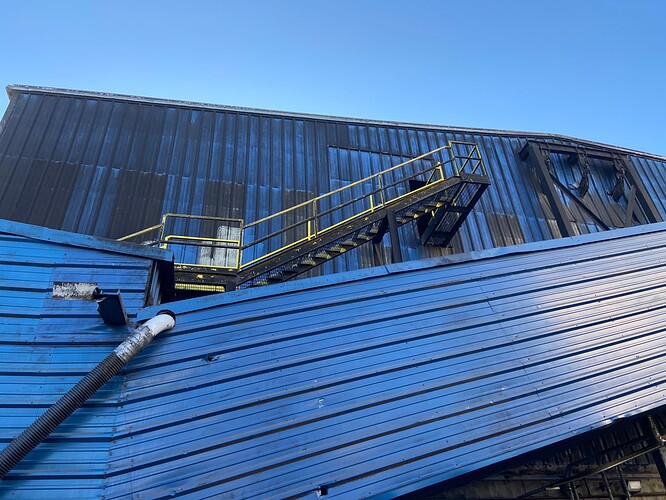 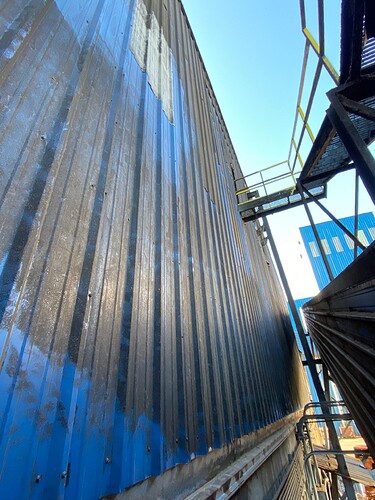 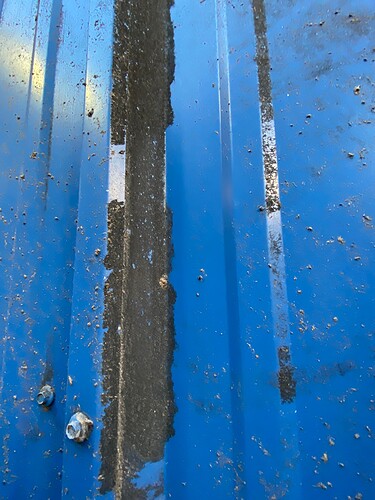 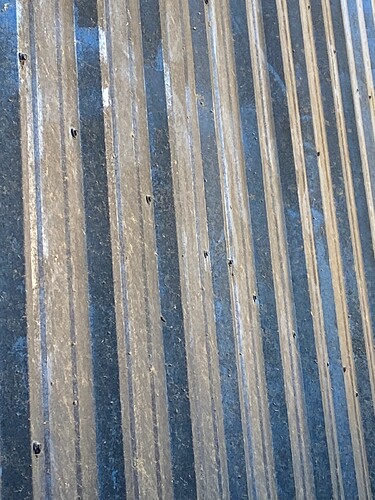 Where is this located, what part of the country? @dcbrock - that’s not that funky mold stuff you’ll have to deal with is it from the distillers?
Did you try brushing it with anything? Did you try anything like Gutter butter or any kind of gutter cleaning stuff on it. What degreasers did you try? You just have to keep trying till you find something. If a base won’t clean it then try something on the acid side, ie aluminum brightener, pontoon cleaner. Hopefully you haven’t given them a price yet till you figure it out.

No it’s not whiskey fungus……

Pacific Northwest. It’s a hog fuel building where the company dumps and loads wood chips, bark etc. This stuff is only located on one corner of the building. It’s facing south and East, so plenty of sun exposure. They do back up and park trailers here so it does get a substantial amount of exhaust from those.
I have a day or two to figure it out. I’ll be up on a 130 foot boom lift today finishing up a tower before I have to tackle this stuff. If I can’t figure out what the hell it is, I’ll probably have to name it myself. Suggestions are welcome loo

Is there a boiler inside that building, maybe soot from burning hog fuel?

Negative on the boiler. Boiler is actually in the 140 foot tower I’m finishing today…probably the cleanest surface in the facility. There is a significant amount of moisture in that location though. Structure on the right is a cooling system. 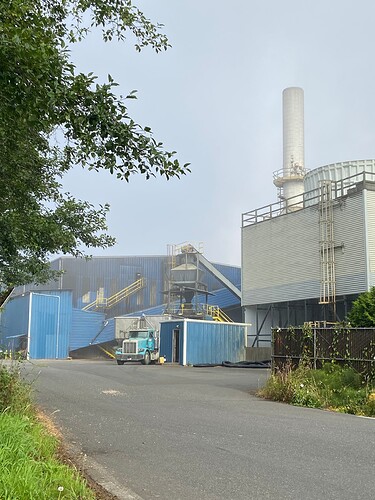