Hey guy’s so PressureTek no longer sales to California, And I’m having trouble finiding a house wash soap that’s reasonably priced… I don’t want to end up paying $35 per gallon on a 5 gallon pail after shipping… That’s just crazy.

I have family in Eugene OR slash Springfield coming down here for the holidays and my uncle is more than willing to bring me some house wash soap from OR if there’s a vendor near him… Knowing OR is humid and tons of houses being washed down there I would assume ya’ll know about a store that might carry some??

I am near Portland. I’ve been buying Elemonator from Pressuretek. There are a couple pressure washer supply companies around Portland. A Landa dealer near the airport, Carson near the Oregon-Washington I5 bridge, and I vaguely remember there being a company or two in Beaverton/Tigard/Tualatin area. I get down to Eugene occasional but it’s usually on a last minute basis. I’ll check the stores I mentioned out within the next week.

Could you have PressureTek ship it to your uncle in OR and have him bring it down for the holidays? At least you’d have Elemonator for next year and 5 gallons lasts a while.

Plus you can get Arm and Hammer with Oxy for a good price…it does a good job as well. I use it along with Elemonator since it kills the SH smell but does good for a surfactant too.

Yeah, I’m just so use to using Elemonator and I miss it… I’ll probably do that

Why can’t they ship to CA ?

They stopped doing business with California Residents, due to Prop 65? So they just cut ties all together… Been bummed over it, They were my one stop shop for me.

Now with Prop 66 on the horizon what will everyone do? It will ban breathing air that has a 1 in 100,000 chance of causing cancer over a 70 year period much like Prop 65 does for chemicals. I’m not saying 65 is bad but how will everyone breathe?

CA has a lot of good intentions with its laws but, while they point at chemicals, I’d wager some of the industrial smoke stacks output, while heavily regulated, puts out harmful pollutants too. I’m sure some of them on will be on the Prop 65 list. What happens now?

The sun causes cancer too, so will there no be signs everywhere that says it? If I’m eating at a table that is outside at a restaurant then shouldn’t they have to warn me about UV exposure? I might not know.

People from all around the world visit CA on a daily basis. Will you need signs in all languages to make sure they know. How can you inform them if they don’t speak English?

A better warning sign would read: we honestly have no idea of all the things that cause cancer or what combination of things that dont cause might then cause cancer when put together. Live here at your own risk.

I’m not mad. Just pointing out how things are done out there. I lived in San Diego for 8 years. They have been known to close off large parcels of land because a certain plant grows or a rare bird was spotted within the area. It’s a different place out there. Beautiful but different.

As a formulator, I get it.

We don’t know where our products go. If we ship it to a guy in OR and it winds up in CA, it doesn’t have the proper warnings for CA so poof, I’m fined.

The thing about CA is that ANYONE can report a violation. You aren’t rolling the dice with a bored government official that has to cover 500 square miles so surely he/she won’t stumble onto YOUR chemical…it’s everyone in the state! Seriously, people are making a fortune paying to test products they think will either be over the VOC rules or test positive for a prop-65 chemical.They take the testing results to the enforcement office and they get HALF the fine that is collected!

Ok, Checked out Carson and Landa. Carson has Hotsy equipment and in house chemicals. They seemed mostly industrial based. Hard to buy in quantity without trying them first.

Landa had a ton of equipment and a nice showroom. Very friendly guys. They had used hot skids and rentals also. Here is picture of a corner of their showroom. 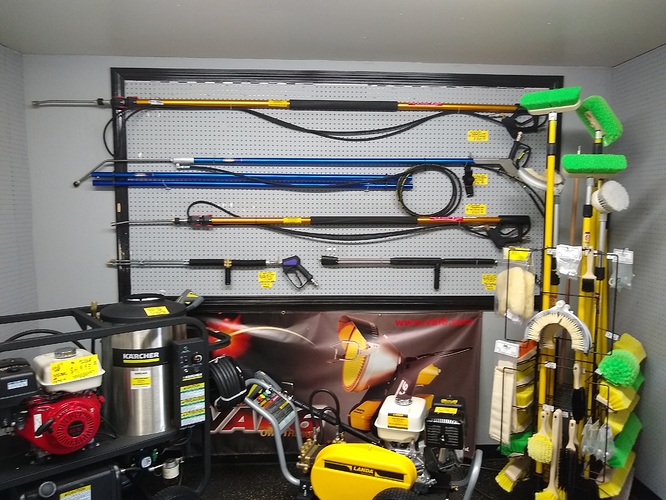 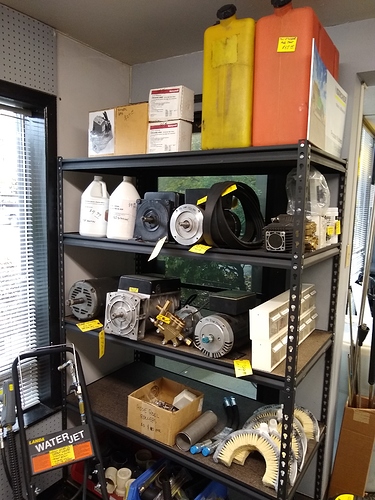 Thank Man! I really appriciate it, Yeah… I took a glance at there website and it looked like they are into industrial cleaning…

Hey bro , if you want to ship to my house and pick up that’s cool just let me know

What’s up Genaro!? Nice to see you around here… Cool man, It would be a bit of drive… Actually I may be going to Vegas Dec 1st!