I’m trying to get my back up machine working - it locked up on a job and wouldn’t start again.

I just took the pump off as it seems to have blown (milky oil).

So, I take the spark plug out - it’s bone dry, but the GX390 pulls easily like this.

Put it back in and it locks up.

There is fresh fuel in the tank, the bowl has been cleaned etc.

I read a few posts which said hydrolocked - but the cylinder is bone dry. (Wondering why it’s dry, but can’t be hydro anyway).

Also the valve clearance - but does that just go pop or get worse slowly?

It was running perfectly and started first pull before this. 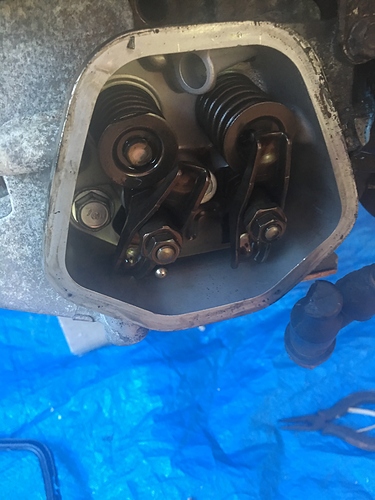 How the hell does that happen?

On the day, I was using it for chemical application and it was running sweet.

Stopped it and it wouldn’t start. I pulled until I broke the handle off (I know).

I looked at the pump sight glass and the oil was milky - so I thought the pump had seized. Didn’t know they couldn’t. So I swapped to my other machine and finished the job.

It’s clear the valve timing is shot and perhaps that in turn, blew the pump. I don’t know.

I’ve got no feeler gauges, but I put them roughly equal and gave it a pull. It started first pull, but rough as hell.

At least I know what it is. I’ll pick up some gauges tomorrow and that should fix it!

Common issue w the Honda engines, either bent push rod or valves way out of adjustment!! Pull the pushrod out and roll it on a flat surface. If it’s not bent, just align the rocker back up on the pushrod and valve and adjust your valve lash.
No issue with timing, that’s gear drive inside and can’t move with the engine assembled.

No way this damaged the pump, is change the pump oil and run it an hour or so then check on the oil again.

Thanks for the advice

Good to hear! I’d just put it all back together,set the valve lash and run! I had this happen several times on the 390’s and the 160’s over the years,
Not a big deal just keep check on the lash every other oil change, 100hrs or so. Ive had 2 rockers break in half also! By far Honda is the best, but every thing needs a lil work now and then.

Everything @ShinedUP up said it’s good stuff. No gauge, fold a business card in half and you will be pretty much spot on.

Really? I was just off to buy some - but money is money!

Always good to have a gauge at the shop.

Quite a bit less that double business card! 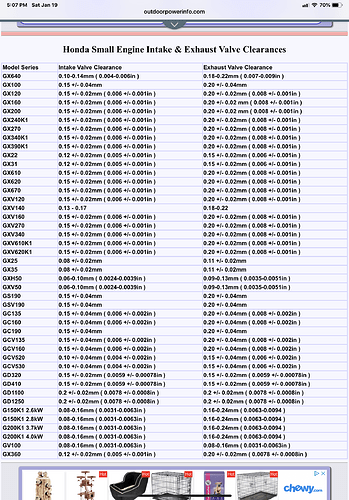 Good stuff. I had that tidbit written on a clipboard and it was probably 10 years old

I used the non-loose valve as a guide. The business card just about went in single, not folded. So I made the other the same.

Thanks for the support guys!

Maybe my cards were thin back thin

Mine are just a tick over 16 thousandths!! Definitely don’t use my cards for that!! 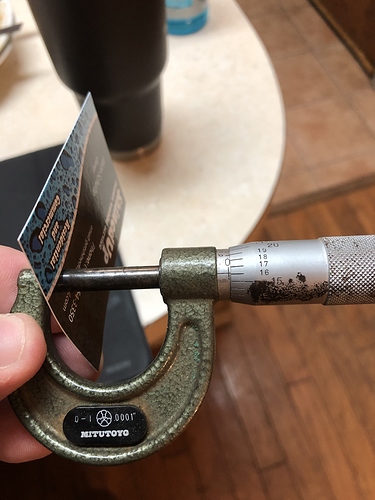 Best to use the feeler gauges. Different specs for each valve. They are a tool which is like an investment on your equipment.

How’d you make out with your order from Dultmeier?

Hey - thanks for asking

The products are great, but the service was terrible. I wouldn’t use them again and certainly wouldn’t recommend them to anyone.

A feeler gauge is a must-have tool for checking valve tolerances, point gaps and other critical measurements. Get quick and accurate measurements from 31 different steel blades etched with SAE and metric sizes. The compact steel frame fits into any...