I am not asking how to clean it up, I have enough degreaser, I am asking how do you keep it from splattering onto the deck?

I just have a plain old 28 without a hood that I got on a clearance deal.

I don’t want to install a pad/rug, most of them just mar the surfaces or cause mat stains. Anything else I am not thinking of? I saw some side extensions on amazon, but they looked, well, like cheap chinese crap. Never used them don’t know if they work. Was making burgers and hashbrowns and it was windy.

I’m sitting on the porch swing while I take this pic lol. Get you grill off the deck 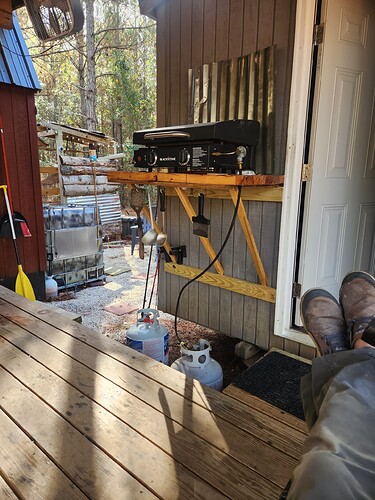 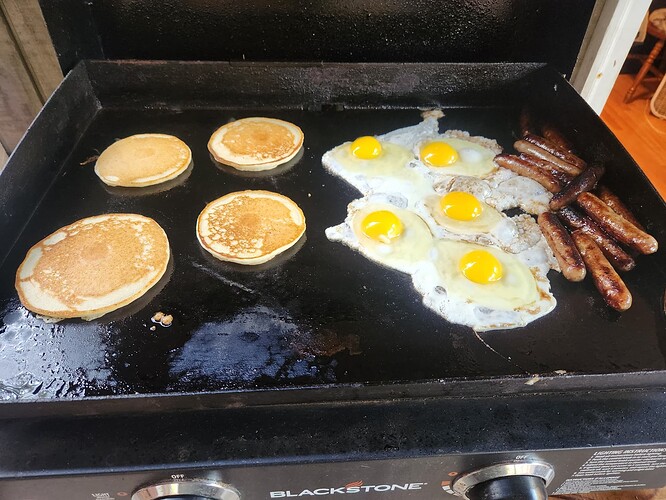 well, you do metal work, do you think if I could borrow someone’s brake, I could make something like this with aluminum coil? I have a box in my basement that matches my decks bandboard wrap.

I have that exact shield on the big Blackstone. I’m sure you could make something similar. I have an addition on the deck at home and the cabin that the grill sits on. Not to stop splatter, just to free up walking space.

Im seriously thinking of getting one of those in 36" with the lid , been doing research on them , its either a blackstone or an Oklahoma Joes. Cant make up my mind.

I never heard of the Oklahoma Joe, but I have 6 Blackstones, including the big one with the air fryers. They are awesome.

I don’t want to trade services for a cheap shield. It looks like it also has the wind protection, which I need here.

Sdeals had some listed a couple of days ago. 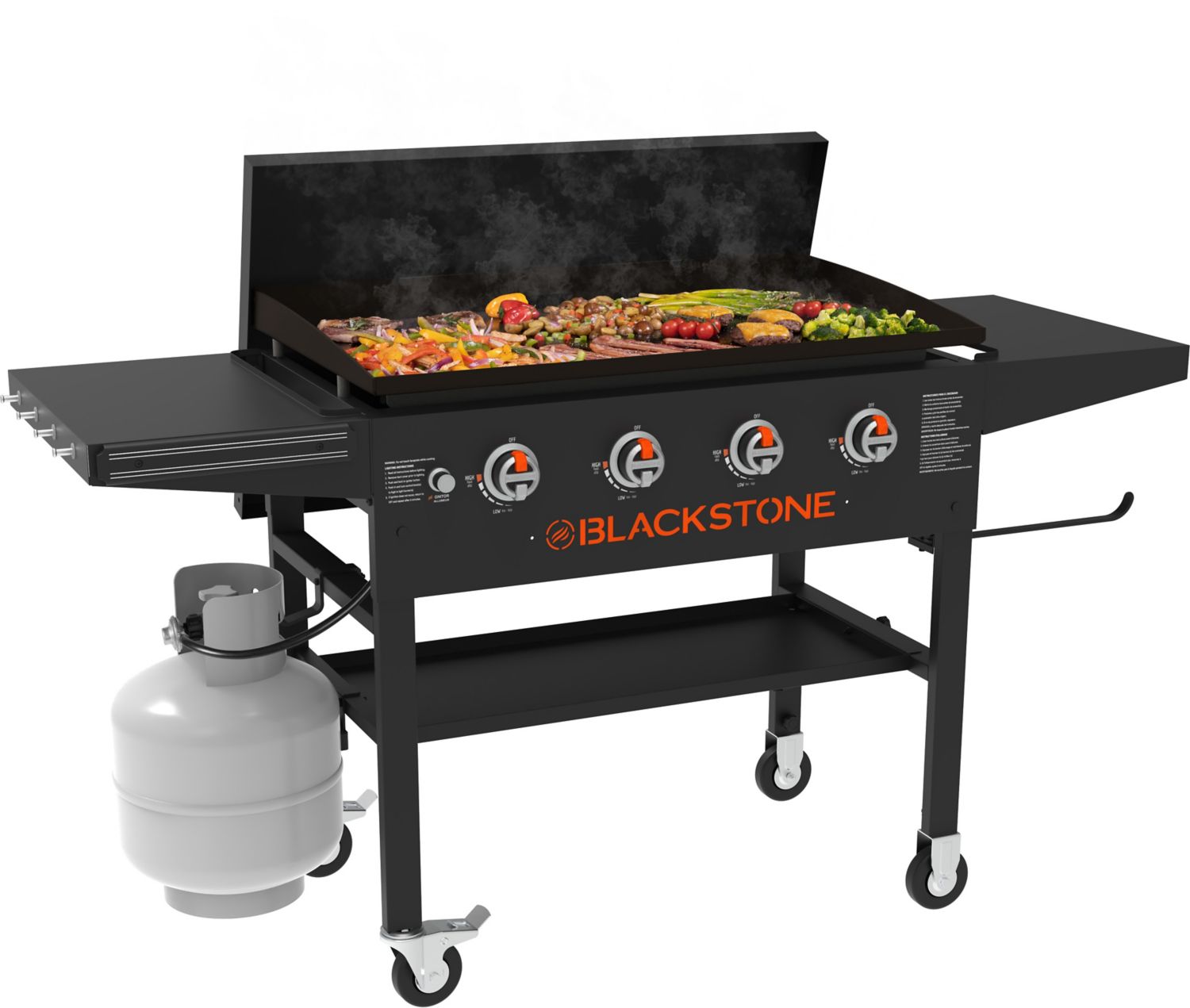 Shipping would kill that deal

I like the shield. I could make one but not as cheap as they can and theirs is sturdy.

That’s not a bad deal from TSC but that shield is different than the one that’s on mine and IBS’. Ours just folds forward like a regular grill whereas that one shown in pic, at least, you have to lift off

I want the one without the air fryer to I believe. Im sure Fancy schmancy IBS has one. There is tons of research on YouTube.

Blackstone gave us one of everything in their inventory a couple of years back. The air fryer drawers are a great place to store scrub pads and spatulas. We actually ended up giving it to the VFW because it was a little over kill for the cabin or either one of our houses. Blackstone makes awesome stuff. Regular coating of oil after each use and a pound of bacon every once in awhile and it will last forever probably

NO problem. Just keep in mind that some of the ones that are on clearance are the “adventure models”. The big difference between those and the others are that they have collapsible legs and removable (not fold down) sides and most don’t have the attached lids(they are removable if they are included) I bought a 28" adventure model without a lid because I thought I make take it places with me, and I wasn’t 100% sold on the idea that I needed a griddle. If you buy one without a hardcover you have to put something underneath a soft cover if you store it outdoors like I do. If you don’t, the rain will push the top of the cover down towards the grill and it will fill with water. You can buy removable covers for about $50 on sale, and get them in aluminum, painted metal, or stainless (this is the highest priced). You could probably make one for less if you weld. It’s just a lid with some hangars.

THe one thing I didn’t know is how much heat they throw out all over, keep it away from the side of your house unless you shield it or want “custom” vinyl siding.

Good luck and hope you find what you want at a deal.

Thanks, I went with a slightly different model, because the one I linked jumped their price up by about 10 bucks right after I posted it. The other model has hinges in the corners so it is all one piece, plus it is long and doubles as a wind guard for underneath the grill.

Just got to wait for it to warm up a little, windy and 20’s-30’s isn’t great for grilling outdoors.