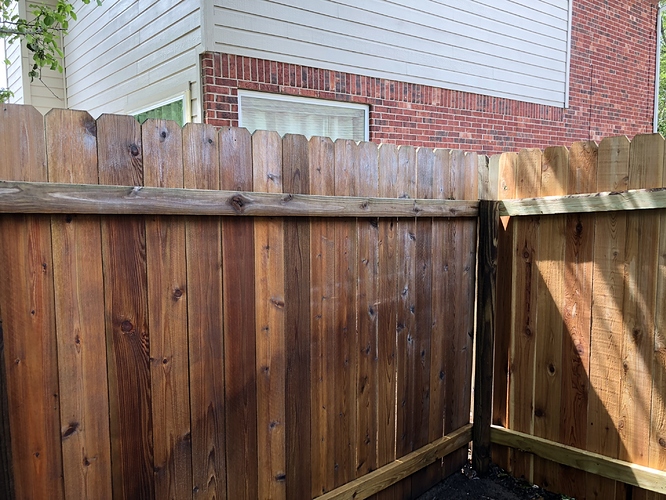 Is this going to look messed up once dry? Was pretty grey and moldy prior to service. Rinsed down with water first. Then washed with 5.5gpm and a rinse jrod 2515 tip. 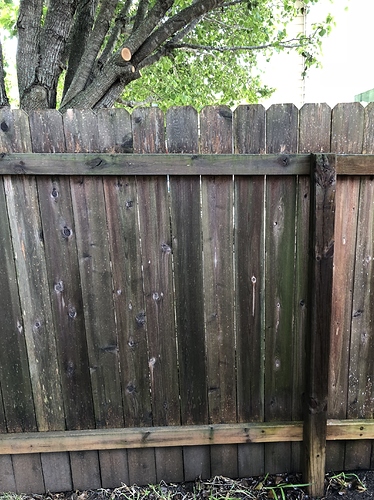 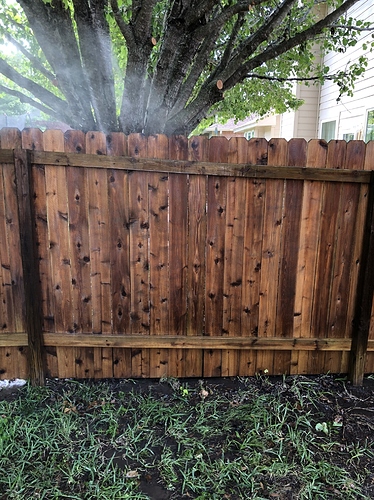 What chems did you apply?

Should I follow up with oxalic? Read a post here about doing an oxalic rinse. I pre-wet surface first

Don’t need ox on that 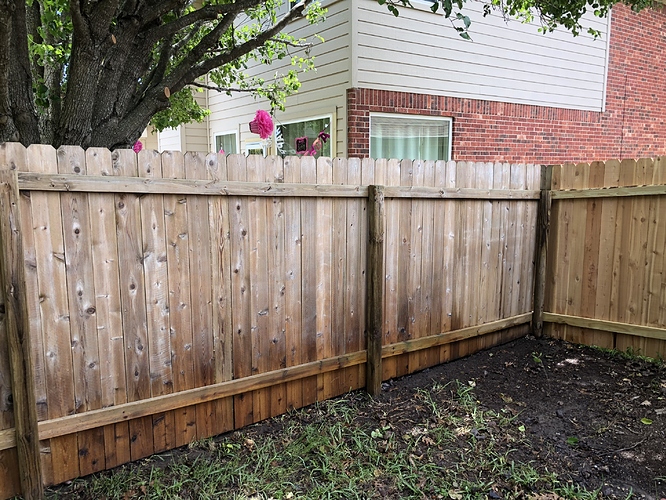 Semi dry finished product. I was really worried there that it would have dried to an unnatural white. It did fur up. Either way happy customer!

Minimum 5 characters for a reply. Drumroll; Shades on…

1.5 gal water to 1gal of SH in a pump up sure isn’t a HW mix. That’s a killer roof mix. That’s like a 4% mix. When you see the wood turn white like that, even in your first pic, See top of boards) WAY too strong a mix. I’m sure it furred it like hell. 1/2 gal and 2 gal of water would probably have been perfect for that fence. About a 2%-2.5% mix is usually enough unless really bad which that one wasn’t. When it completely dries going to look like the gray ghost, lol but a clean one. That whitish look are all the dead wood fibers. Oxalic would have helped with the coloring a little, but not the furring. And you would have needed to do pretty quick after you pressure washed it. But if they just wanted cleaned and weren’t planning on staining soon then IBS is right, wouldn’t bother with the ox.

So will stain not adhere?

So will stain not adhere?

Yes, but when you stain, furring will show up even more and will be slightly different shade as well as not last as long because the top layer you’re staining is basically dead. If it was a deck you’d need to sand it with a belt sander. It’s better it happened on a fence than a deck. Trust me, it’s happened to many of us that do wood, and now you know. A learning moment.

Yessir. Looking back my mix was for downstreaming and not pump up sprayer. Even still I soaked the 2x4s with strong mix and green (I assume algae) didn’t even budge. Learning moment indeed.

If you want to stain it, use an oil based semi-transparent stain. Do NOT use transparent if you can avoid it. Transparent with the furring will make the furred wood appear much lighter than the board underneath it. I describe it to customers that it is like a pad of paper that gets wet, as long as all the paper is stuck together it looks pretty much the same but if you peal a sheet of paper off the pad it is translucent. That’s what you are seeing with furred wood and a transparent stain. A good semi (I use Wood Defender) has enough pigment in it that it will usually make most of the furring disappear to a the casual observer. The furring will drop off over time. I do it every week because customer’s sprinklers compromise the fence and they will always fur when you clean them. 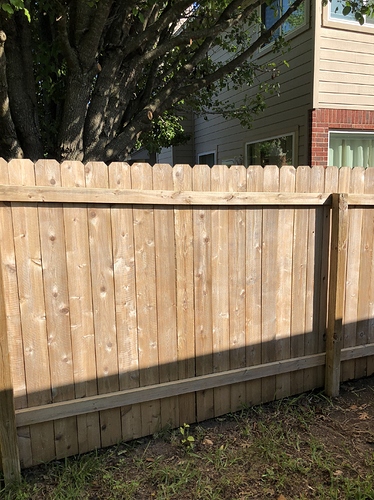 Before & after shot. Wood did fur some. Customer ultimately completely satisfied. I had to return and nail a board in from their neighbors side a week later as it was loose and I didn’t want to send it flying when I did the service also wash down under the bottom 2x4.

Looks good man! What did you use if you don’t mind me asking.

Made up my typical 3:2 SH:Water and a glug of elemonator in a pail. Used a pump up sprayer to apply to pre-wet fence then used my JRod rinse tip to rinse down. I should have used less SH so as to
Not fur up the wood. This was a week later on the after shot and the fence was furred but not crazy furby.

Very nice first job. As @Racer said you are going to fur some even after you have done hundreds of them. I ghave recently changed the way I am cleaning fences and it has really worked well and is much faster. I prewet the fence, then DS with my 4 GPM and using the JROD “cleaning tip”. I am finding I get a much better overall result because I am using less SH and less pressure than either method alone. We cleaned over 6K sq ft or fence on Friday in less than 2 hours.