I recently quoted two driveways & a really messed up sidewalk around the corner (corner lot) for 300.00 and they said it was too high. Then,
I quoted a medium circular driveway, smaller driveway around the corner sidewalk on a corner lot, & the back pool patio area all for 400.00 and they said “we’ll think about it” which means no.
Before that I went below my minimum of 200.00 & quoted 150.00 for a small driveway & front sidewalk and the clown used someone else.
Yesterday I quoted a roof 1850 sq. ft 2nd story with two first story balconies-along with this two story stucco house wash (same house) and offered to throw in the front driveway all for 600.00 & the guy ghosted me.
Then I got an inquiry about a really small driveway. Really close to my location and to me would only take an hour @5GPM. I texted that my minimum was 200.00 normally but I’d knock it out for 100.00 & a good review and they ghosted me.
And then before this last week I quoted a front yard that was poured and very dirty maybe more than a 1000 or so sq. ft. of dirty concrete for my minimum of 200.00 & they said "we’ll think about it’ which means no.
The only one that was honest & told me what she thought was the one with two driveway for 300.00 she said she thought the price was too high.
But that’s what they all think They all want cheap cockroaches or landscapers with ryobis to do their pressure washing. And this is not a cheap area to live on the contrary. Really absurd. A lot of cheap price shoppers on FB.

If you’ve had good luck at that pricing while advertising elsewhere then no need to lower your pricing as long as you’re still getting business elsewhere. If you aren’t getting the flat work business and keep only gaining the house washes try doing the sidewalk on a corner lot near the entrance of a neighborhood - offer the homeowner the service discounted or even free if you can stick a sign in their lawn. Or if the neighborhood has a playground/common area see about trying to clean the sidewalks along there. Make sure it’s a neighborhood that has lots of foot traffic where people walk their dogs, evening walkers, etc.
I also try to wash the sidewalk leading to the driveway when I do just a house wash. I want the customer to notice the difference between the clean concrete and the dirty concrete. And it gives you the opportunity to showcase how well you can do it compared to some guy with a white tip and a wand. 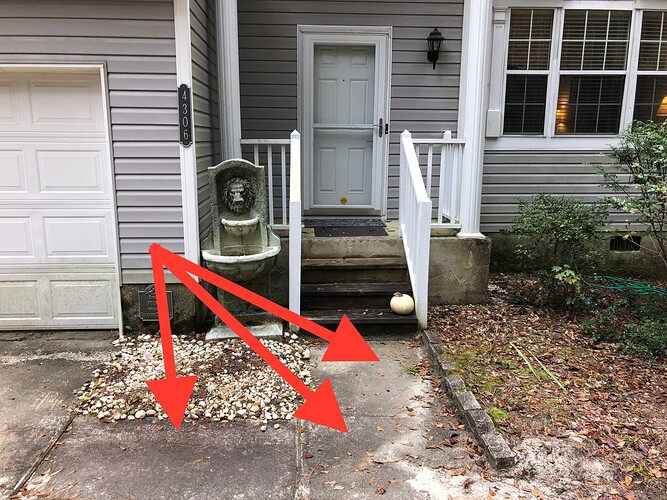 I made about 2 dollars off of FB & they both came from friends I invited to like my biz page. I boosted a post early on & got barraged by flaky tire kickers all hours of the night. Ain’t happenin again! I’d suggest building your reputation, start an awesome website if you don’t have one already, put signage all over your rig, earn some killer Google reviews, schedule your cookie-cutter neighborhood jobs for Saturdays so the neighbors have to walk their Schnauzers around your rig, put signs up while you’re working, do 5 arounds, throw something in for free, take awesome care of you customers, charge $199 instead of $200 & don’t let the low ballers set your prices. Most home owners are legit folks who would rather spend a few dollars on a pro than hire the cheapest show in town. You can always spend the day working for somebody else or take the day off & either situation is a total success. Just my 2 cents.

No wait, $22,999… j/k!!! In all fairness regarding to the original post, feel free to offer any advice as to how you would hope to see your employees approach the situation any differently, in a perfect world. You seem to have a good grip on what you’re after & how to go about getting it. Feel free to elaborate. We’re all here for constructive purposes.

Kinda sounds like you need to lower your prices

It’s a crazy time to be in business.

In all honesty, it will just take time. Whatever you do, DO NOT lower your prices! You’ll never really be able to raise them later. If you need to generate a base, run “specials”, do promo jobs, charity stuff, work deals with realtors or people who can help you. It takes time to build a reputation (even if you’re going for being “the cheap guy”, you have to do that for a bit to build that rep.), which obviously requires doing jobs. I can’t tell from the OP if you’re reliant on FB, or you’re just wondering why that avenue isn’t working for you. Throw a little bit (reall A LOT) of everything out there at this point. Flyers if you must, mailers if you can…they just generate work at a pretty much given statistical rate (which will just vary by your area, assuming the quality of your media is good), put out signs, whatever else you can think of.

As I’ve said before, we just entered a second adjacent market area, and have struggled to grab any foothold there in year 1. Even our stellar online reputation and following hasn’t translated into people inthat market “buying in.” We’ll keep at it, and in time we’ll be rolling there the same as we are in our primary market.

Hahaa!! I was just offering some noob advice before you cut in but that’s perfectly alright. Read it again, it was pretty good advice wasn’t it? Personally, I despise FB & anything similar to it. I have zero employees & stay busier than I care to. Feel free to give me your address? I’ll be glad to give you a quote but it’s most definitely going to be outside of your price range. On the side note, I shined up a single wide trailer for a little ole lady on a fixed income last month. I gave her an awesome price, she was happy & that’s the whole reason I got into this business. I don’t need anything more than that. I make folks happy for a living. I have more clout than I need sir but thanks.

That’s the best attitude to have about it. I wasn’t knocking anyone’s method/goals, everyone has a different target. It sounded like the OP’s goal was to grow their (presumably) new business, so I came at it from that angle.

lol…I honestly haven’t done much in this business. I took over something that someone else built. Just trying to grow it like crazy and take it to the next level now. I just focus on the business side of things mostly, so that’s what I talk about

Thanks for the quality conversation! You’ve got a solid grip on how this thing works. You don’t need me to tell you that. Just keep sharing the positive vibes every chance you get & the rest will fall into place, In the meantime, I’m signing off & wishing a happy Thanksgiving to you & all the fine folks on this forum. The list is too long to even begin…

I have almost 20K posts read so I don’t really consider myself “some noob” around here but thank you for your advice. I appreciate it…What’s aggravating is I feel like I DO have to lower my prices. But when I do that I am letting the cockroaches dictate my price.

I’m not sure if he meant the “noob” to relate to you, or to the advice…lol

Cockroaches? Those are guys trying to make a living also. If no one is buying your prices, they are too high. I’d rather my guys wash 20 houses a day at $200 each than stay on the phone wooing ten customers at 400 each and then them not calling back next year when they realized they over paid. This isn’t a skilled job. It’s spraying water on dirty stuff. It doesn’t warrant $400 an hour.

You didn’t read my first post. Where does it say 400.00/hr? It says four hundred for a large driveway, one medium two car driveway, a sidewalk around the corner which is super dirty, AND a pool patio. All for 400 bucks. Downstreaming would not do the sidewalk or driveway that I’m talking about. And at 4 GPM it would take at least 4 hours probably five to complete the job. That’s just one job. Yet the cockroaches that I’m talking about are advertising a driveway for 65 bucks.

The problem with pressure washing driveways and sidewalks is that you’re competing against high school kids with their dad’s Home Depot pressure washer. Making $40/hr is awesome money for some people, especially kids just doing it on the side. Some cleaning requires knowledge, skill, the right equipment and chemicals, but face it, any smuck with a pressure washer can get a driveway clean, it just take a lot longer. Homeowner most of the time don’t care as long as they get results. If the choice is Mr. Clean professional pressure washing for $400, or Timmy from down the street with dad’t Ryobi for $80, guess who they choose most of the time. I’ve been out washing houses all over my town for 5 years and I can’t recall one time seeing a large professional setup cleaning a driveway in a neighborhood, yet I’ve seen someone with a homeowner grade machine and wand spending hours many times. This summer I watched the guy that lives 4 houses down from me spend almost an entire day with an electric pressure washer cleaning his driveway. Pressure washing is a tough business if you’re trying to make a living doing residential driveways.

There’s only one person I’ll call a noob & that’s me! But there is definitely lots of golden advice from real deal business owners in this thread to say the least. We’re lucky to have these dudes helping out. Just my take on it: marketing makes the phone ring, sales lands the job & customer service gets the reviews & referrals. I didn’t have great luck using FB for marketing either. They just weren’t great leads. One of 3 things happens if you don’t hear back: 1 - they hired someone else. 2 - they are doing it on their own. 3 - it’s still dirty. You can always follow up & offer a discount. They just might hit it like a bass on a spinner bait. Keep your head up & stay positive my friend. It’s all gonna work out.