What do you guys use on Fallout? Black dust and dirt up under porches that are close to roads. Dirt rinses off but leaves behind stain.

SH doesn’t touch it!
Ox Acid takes a certain amount off.
F13 seems to remove the rest.
Neither seem to do it alone, usually need both.
LAs Simply Awesome works somewhat.

All require brushing which is fine.

Just wondering what chems you guys use and the process of cleaning it. 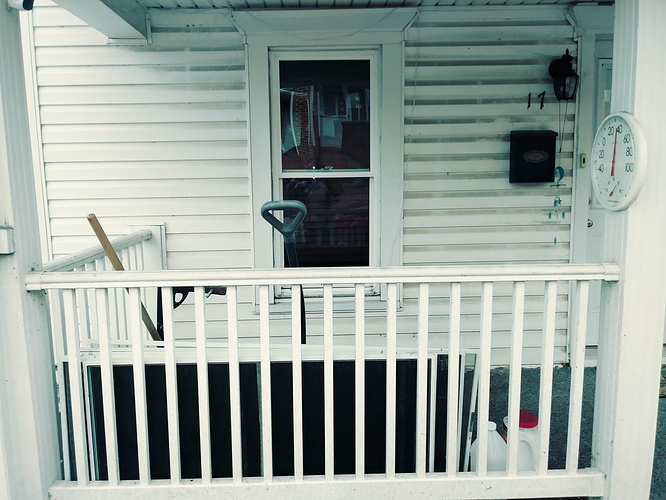 sh won’t work it’s not organic growth thers nothing to kill. Try mixing water and surfactant and let it dwell for 15 minutes then rinse or pressure wash. Surfactant should lift it.

This thread addresses it. In short use a degreaser and brush if needed.

Fallout thread and lots of help thanks guys Chemical/Chemistry

Don’t ever use high pressure on any house. If surfactant and water would work, why wouldn’t sh and surfactant work as well? Doesn’t make sense…

Degreaser and brushing usually works for me. I’ve even used Purple Power with decent results. Although, I’ve had a couple houses where I could only get about 90% of it off no matter what I tried. One of those was 30 year old white siding that had never been washed and located right on a main highway. It lightened up considerably and even came off in some areas. It just didn’t come completely off.

@JayDavis swears by F9 Barc and said mixed 3:1 in a pump up will melt it right off. I’ve yet to try it on fallout though.

I’m sure @Grizz would help

That’s interesting. I’ll give F9 a try. Bookmarked. I usually just apply house wash and scrub. I have used purple power before but I kinda cleaned unevenly and imo messed up the paints appearance. I was doing paint prep so it wasn’t a big deal.

Had one this year, HW didn’t touch it. Had to run up to Southside and they suggested this citrus stuff, didn’t work. Red Raider didn’t either.

Come to find out I should have used that BARC jazz but I was concerned the aluminum window frames would get damaged.

@Max1 unicorn urine and surfactant should work as well, my point is, it’s not organic growth sh doesn’t have to be there. I’ve used pressure in certain situations on houses for over 16 years and never had 1 issue, the reason I haven’t had any issues is because I have experience and assess what I’m doing before using pressure. Give me enough pressure and I’ll damage anything you can name, so don’t exclude pressure, adjust technique.

You’ll find a brush to be your best friend in this situation. Surfactants, SH, degreasers make virtually little to no difference on fallout. Save your money and just use a brush. Usually it’s found in low enclosed areas that are facing the street.

, my point is, it’s not organic growth sh doesn’t have to be there

No, your point was saying just surfactant would work. I said

If surfactant and water would work, why wouldn’t sh and surfactant work as well?

I will always exclude using pressure on houses to avoid the risk of causing any damage. Suggesting pressure on a house in any situation is just poor advice no matter how long you’ve been doing it

degreasers make virtually little to no difference on fallout.

Please refrain from giving poor advice on this forum. Degreaser along with a brush has helped plenty of us on here with fallout. Yes, the degreaser is necessary along with brushing.

Winter brings the strange ones

EBC will shift it.

Admittedly, I don’t run into a lot of fallout in my area but the ones I have come across turned out great with degreaser, a bit longer dwell and a good brush.

I mentioned that house above and using Purple Power on the fallout. I originally just tried brushing with house was mix and it didn’t do anything. All the fallout I’ve ever dealt with definitely took a degreaser and brushing. Brushing alone has never touched fallout for me.

My advice is based on personal experience, but I’ve admittedly not tried every degreaser. I have however had success removing it with a stiff bristled brush.

That purple stuff usually works fine. I have a gallon on some concentrated degreaser for the really bad stuff and it works great.

The easiest way to deal with fall out is …