I guess I should start posting since the F250 build is underway since I ordered another Udor gear drive yesterday and bought last week.

Right now I’m using a $260 plasma cutter from Amazon to cut out all the rotten parts of the flatbed. Btw is a dream come true after trying to cut this thing apart with a grinder.

I have a gallon of rust converter and Por 15 ready to go after I get the new supports and decking welding in.

So… here we. Officially. Oh, and I’m trading services for a vinyl wrap. I know I never said I’d do one, but free (kinda) is free (kinda). 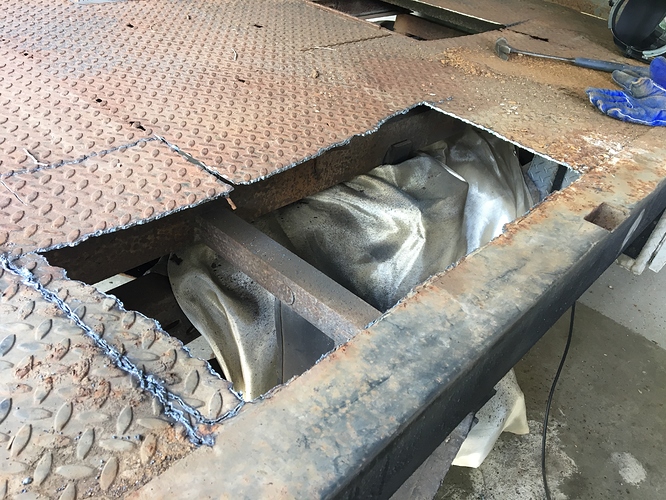 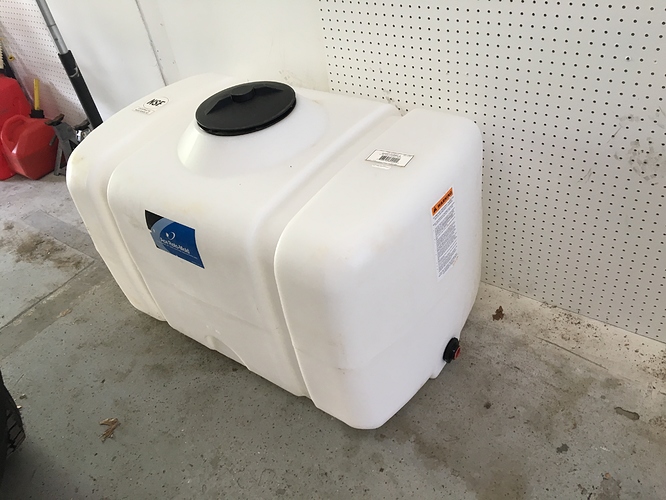 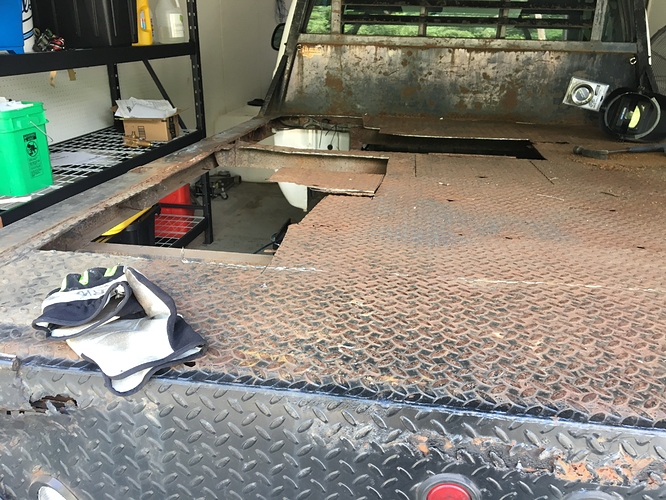 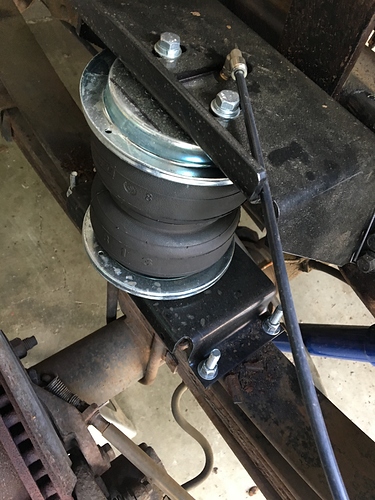 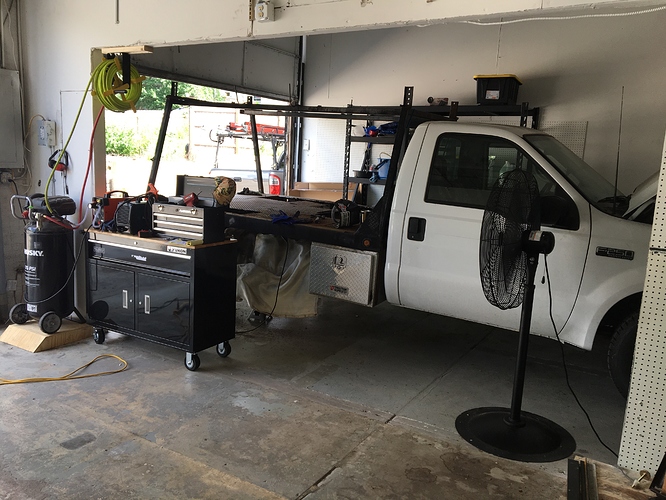 They grow up so quickly

Is that airline touching the bolt head ? Can the line be tweaked to avoid abrasion ?

They’re not zip tied up yet. I haven’t driven it really since I installed them but for about 5 miles.

Ok. I said i had no rust but found these pics from f250 a couple of years ago. 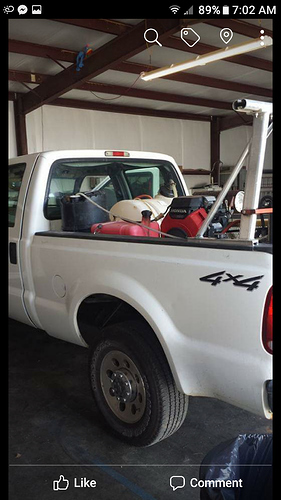 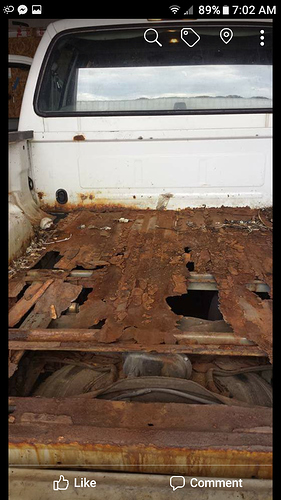 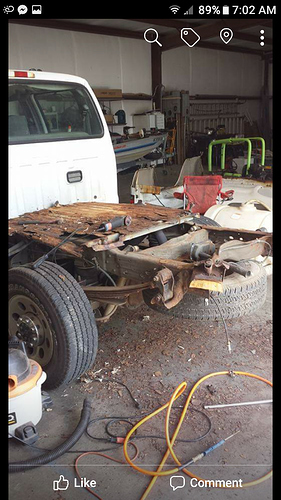 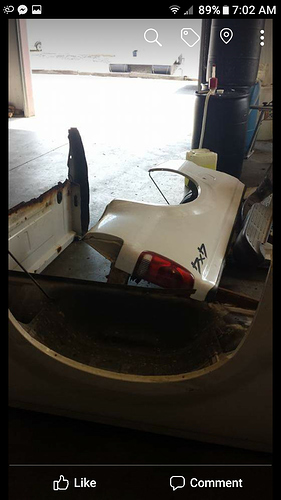 Is that from SH leaking into bed?

How long does a bed normally last? 12 years seems like a great tenure for the abuse it will take.

Salt water will cut the life of a truck down very fast.

Yes it will, i live just off coast. 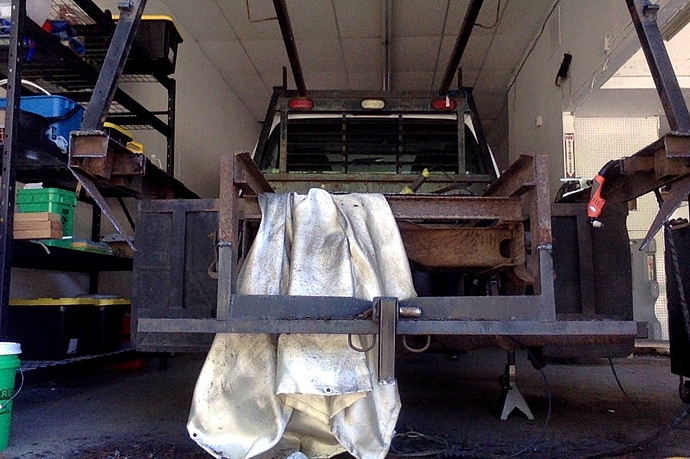 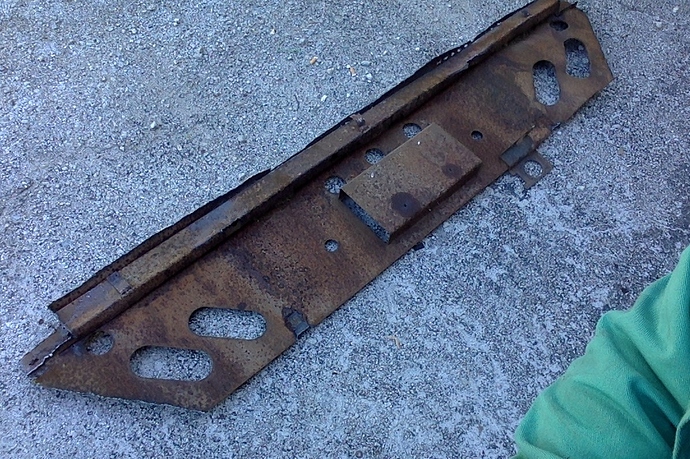 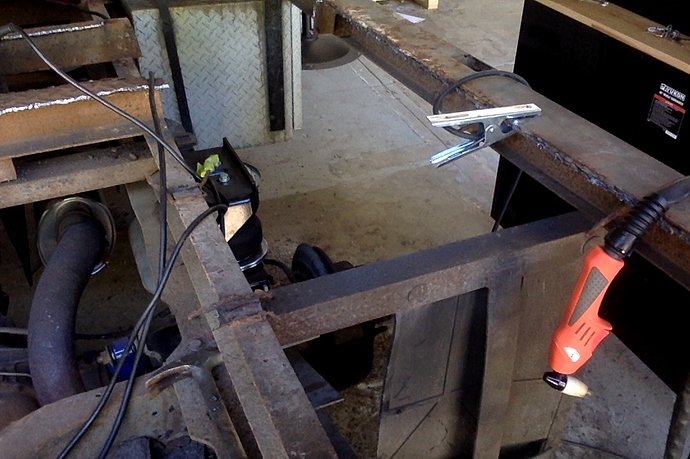 Bed is almost cut out, but I need to start welding in supports as I can see the bed’s sides are a bit wonky without them. 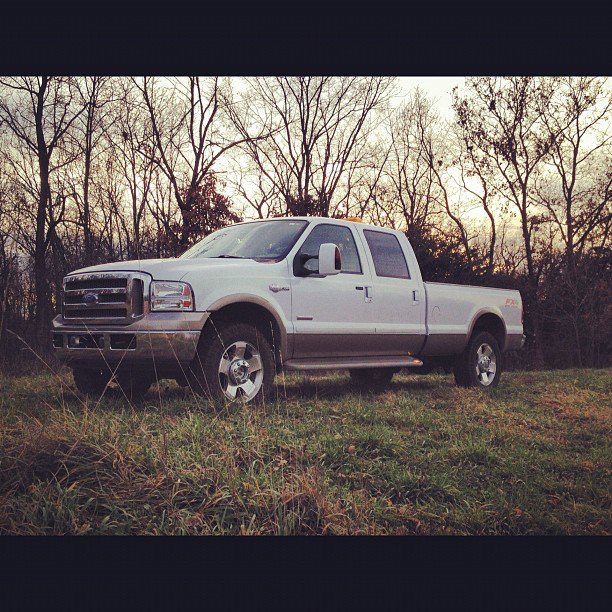 Toys, Get a chevy you want a truck. Though I have to admit I like IBS’ utility bodied Fords

I’m a Ford man, but could have had easily been a Chevy man if Dale Sr drove a Ford lol. Utility beds are pretty much universal and fit most anything. Ford Hugger Orange is a beautiful color though.

Get a chevy you want a truck.

I will next time. The spark plugs on this Ford sold me my next Chevy. Lol

Do you prefer the Knapheide or Reading bodies or is there much difference quality wise?

I have 2 knaps and one that I swear I can’t remember the name of right now. Junco or something like that. I think they are all similar.

I’m really wishing I would have kept a ford utility truck I bought and fixed a couple years ago. It only had 57k miles on it and had belonged to public works. The city of Parsons Kansas came down and bought it from me. 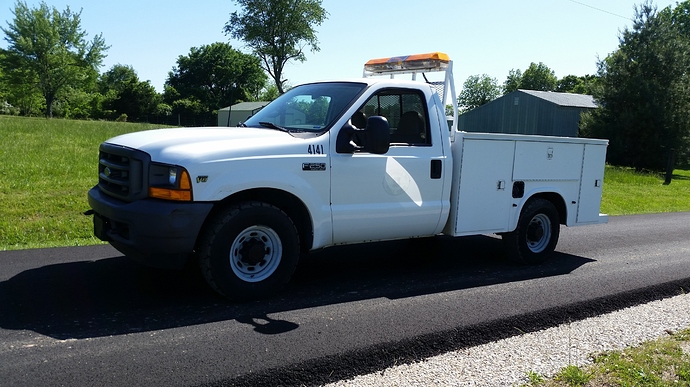 That’s what I have now. I got a steal of a deal and it hardly has anymore miles on it. The 5.7L Hemi is far less sluggish.