We discussed pulley removal on the pump side, but I really need to know how this comes off the engine shaft. 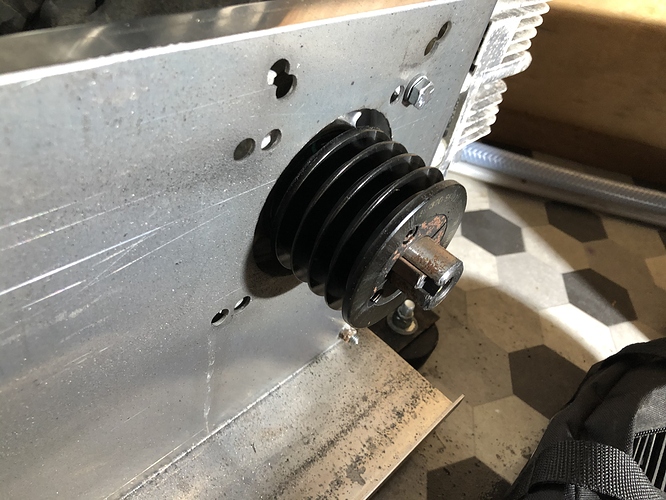 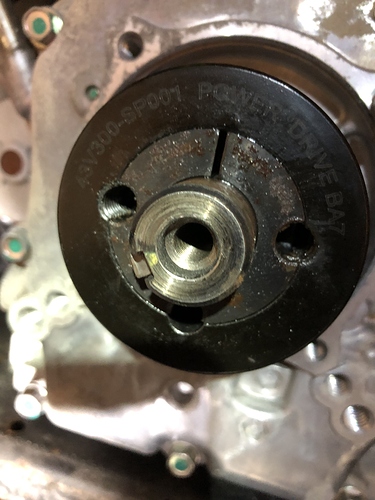 I contacted Pressure Pro and he said to take out the two allen bolts and screw one in the third hole. Apparently you tap the pulley toward the engine And then the hub “slides off”.

The holes are only half threaded. The threads are either on the pulley, or the hub.

Anyone have actual experience with this?

I tried to get mine off. Can’t remember if I succeeded or if I ended up having it done for me. Basically yeah you screw into those threads and that will push the pulley off. I’d do it like a tightening lugs on a wheel so the screws don’t break.

If it won’t come loose, coat it in Pb blaster and try and wedge some chisels on the backside. They also make pulley pullers. I didn’t have any luck with they then. Then again mine was rusted to hell and back.

Thing is, they told me to tap the pulley toward the engine so that’s why I was asking if anyone has actually done this. 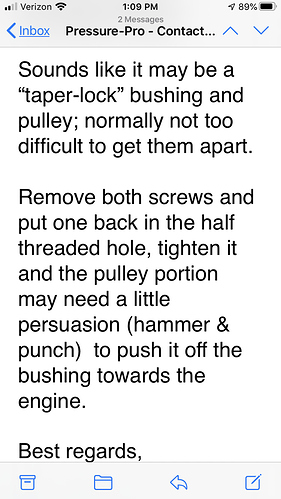 100% taper-lock bushing. Tap the pulley part toward the motor and it’ll slide off the part in the middle. Heat on the outermost part doesn’t hurt.

Edit: actually I can’t tell if your bushing separates fully, but once the outer pulley is off the other side, the bushing will slide off

Another way is to screw one of those Allen screws into the middle hole where the pieces meet (not the shaft hole). Watch this video and it will show you exactly how to do it 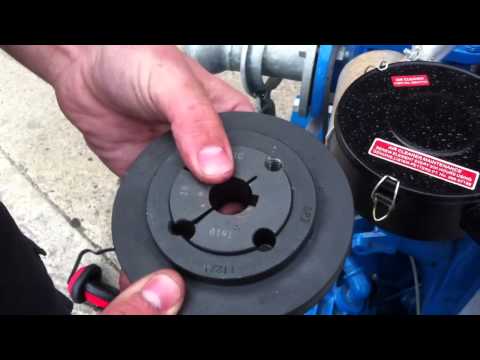 Thank you so much! Very helpful.

Once I get this gearbox in I’ll start slapping it together.