We have a customer that lives across the road from a limestone quarry. We washed the house 3 years ago and it came out pretty good for an older house. There was some dirty looking staining leftover on the front porch at the time so we went back and wiped it down with HD Britenol or Cleansol BC from Eacochem. (Can’t remember which one we used but it clean up well.)

Fast forward 3 years later and the whole house looks worse than ever. The entire house is pretty well stained with dirt/limestone. I can’t quite figure out what it is but it does not clean off with water. The whole house kind of looks like those older dirty houses that have a row or two of siding under the soffit that still stays dirty looking after washing. The other weird thing he has some siding on a garage addition that is about 10 years old that looks nice and white and the house siding that is about 20 years old looks like a dirty off white. Maybe it is just time for new siding?

I would normally just walk away but he said the cement company will pay whatever they need to in order to have it cleaned properly so the house looks clean again. So it is a given that this will not just be a normal house wash.

I know soap and SH will not get this stuff off. Any suggestions? 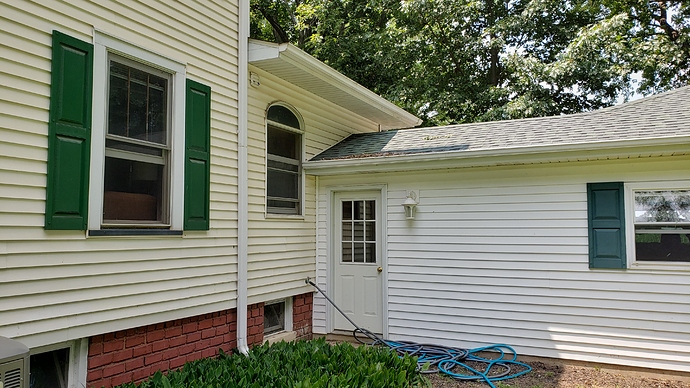 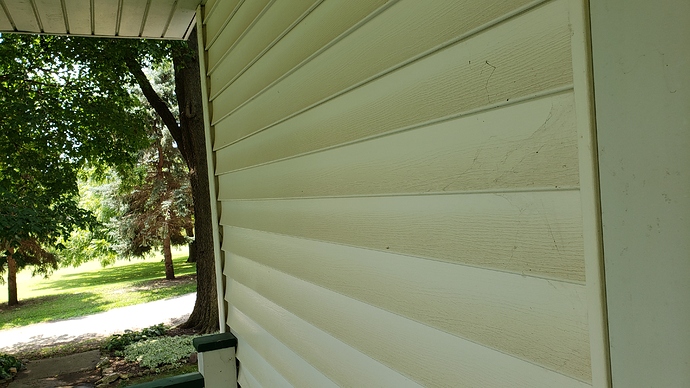 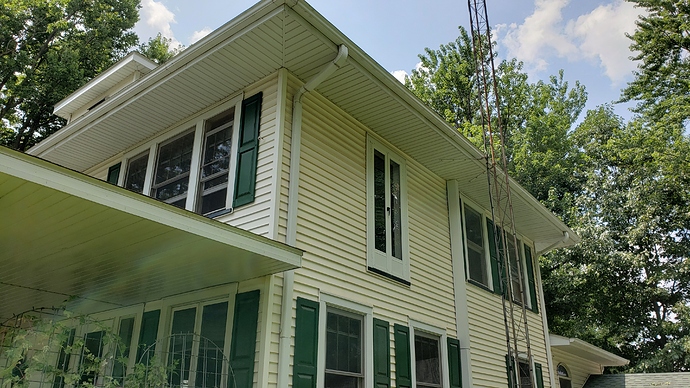 Have you tried the arsenal yet?

If so, then new siding. Might just be sunbleached, limestone/sun burnt, etc…

Nothing besides the Eaochem stuff we used a little of a few years ago. Even if a certain chemical did work, getting it applied to the whole house is another story. It’s a pretty big old two story farm house. Just fishing for ideas at this point…

I agree with above. Just do some tests in a few spots with some different cleaners. You might end up having to brush the whole house. If you can find something that works by just spraying it on either use a pump up or maybe buy a little 1 gpm 12v pump and maybe 25’ of hose. Throw it all on a dolly or little cart. If you already have a battery you’re only looking at maybe $30-$40. I’ve considered throwing something like that together for decks. I get sick of using pump ups for percarb and then again for oxalic.

Those cheap red pump ups at Wal-Mart can probably reach the top of the siding without a ladder or at least come close. Don’t get the two gallon with the 4 different spray patterns. Those tips don’t last long and you can get a stream small enough to reach very far. It’s like they rust up and clog. The one gallon with the basic adjustable stream pattern work really well.

I did a white farm house a few weeks back that had 30 year old siding. It was in really good shape overall. Every single bit of it wasn’t covered like what you have above but a lot of it had a yellowish tint. It almost looked like rust but I don’t see how it could’ve been. Anyways, it cleaned right up with oxalic. I don’t think we’re dealing with the same thing but don’t rule out trying it. I’m sure there are minerals in limestone so might be worth a shot.

Thanks for the input @marinegrunt! Yes I agree. I’ll have to test out a few chems and see what works best if anything and then figure out a feasible way to apply it.