I’ve mentioned before, that i Ch25 and it has the big 1.438in output shaft. To big for any geardrive. Is it fairly easy to pull crankshaft and replace after machining? I thought about buying a used crank already in 1in or 1.125in, but Im unsure if thats a simple swap. Im certain I want a gearbox on the 2 kohlers i got.

It’s not hard. You might be able to do it without taking the heads off but it might be a good time to go ahead and rebuild the entire engine if it’s older. If leaving the heads on be sure to pull the spark plugs. Remove sump/crank case cover. Line up the timing marks on the camshaft and crankshaft. That will relieve tension on the valve springs because you’ll be at TDC. Pull cam, pull oil pump, remove connecting rod bolts, and then pull out crankshaft. I would leave the engine on its side while working on it so the tappets don’t fall out once you remove the camshaft. It’s not the big of deal if they do just be sure to put them back into place before reinstalling cam. I usually use engine assembly lube to keep them in place if they keep wanting to slide out.

Be sure to order a sump/crankcase cover gasket. I would replace both crank seals too. Be sure to make a mark on the crankshaft so they don’t machine where it makes contact with the crankshaft seal. I guess it’s okay if they machine it smaller but you’ll need to find a different seal with a smaller ID. We have a bearing and seal shop and they can get you pretty much any size seal you need so it’s possible to find one.

Thank you
If I just went ahead and bought another crank with correct output, would I need to match the rods and bearings too, right?
I may just have to get a skid, I mean I have 1, but I dont have a belt cover and it makes me uneasy.

I’m not sure if you’ll have to match the bearings and seal. The crankshafts might all be the same size where they slide through the bearing and seal. The smaller diameter might start after it pokes through the case. I would think they would do that to save money when initially building the engines just so they didn’t have to machine a bunch of different size crankshafts. I could be wrong though. If you do need a bearing with a smaller ID you might be able to go off the part number of the engine that came with the same size crankshaft that you are replacing it with. You could also measure everything with a caliper. You want to make sure it fits tight though.

The crank has a bearing between it and the piston rod right? I guess thats the part Im unsure about. These… would i or should they be replaced regardless of whether I put a used crank or put my newly machined crank back in. Its just 1 standard sizing, correct? 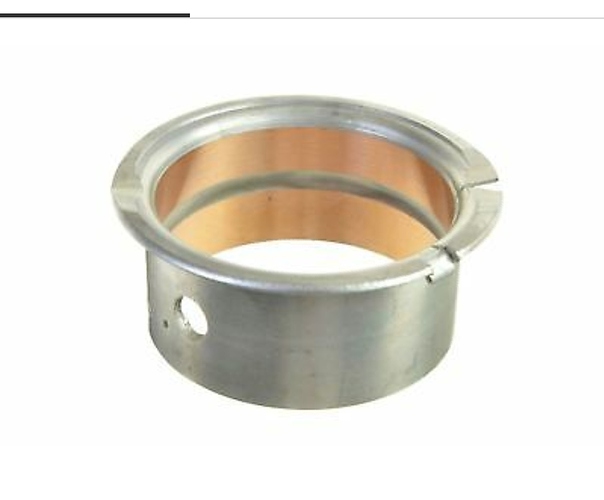 There won’t be a bearing between the crank and connecting rod unless Kohler happens to use one. I really doubt it though. I’ve yet to see one on a small engine but I do believe they have performance mods where you can get them. They don’t come stock though. The rod journal on the crankshaft and piston connecting rods are machined to perfect tolerances. I doubt there is a size difference between the rod journals and connecting rods on the two different crankshafts. The only difference should be where the pulley gear box attaches which is only like 4 inches of the shaft. The rest of the crankshaft is probably identical including the end that the flywheel attaches to. I’m 99.9% sure the rod journals are the same but, if for some reason they aren’t, you’ll just need the correct connecting rods. I don’t think you’ll need any other parts except for the crank cover gasket and two crankshaft oil seals. As mentioned, I think the only difference will be the part of the crankshaft is on the outside of the engine where the gearbox attaches.

As long as the connecting rods look like they’re in good shape you shouldn’t have to replace them. About the only way they’ll break is if it’s ran low on oil. Just look them over for hairline cracks.

I saw a video once of a guy who took a grinder to the crankshaft while the engine was running and spinning. He was able to grind it down from a larger size to the size he needed. He then used a small air 90 with a 2" grinding disc to cut a new key way. I don’t know if I’d try it for an engine I was going to use everyday but he did a pretty good job on it. I’d only try it as a last resort. It was pretty neat though.

Thanks, I’m not looking forward to the swap, but i can do it. I just want too be able to see it thru in the same day. I saw that vid awhile back, couldnt find it again tho.

It’s not bad and especially if you can do it without removing the heads, valve springs, valve stems, etc but I don’t think you’ll have to as long as you turn crank until the cam and crank timing marks line up. You’ll need a flywheel puller. You can make one if you can’t find one. You’ll just need a 3" square piece of steel. Probably 3/16". Drill 3 holes to line up with the 3 bolt holes on the flywheel. Now, you need to drill a hole in the middle and either weld a nut or drill a hole and tap it to the same size as the big bolt you’ll be using to turn. I usually put the bolt in a drill or impact, let it spin, and grind the tip to a dull point. You screw the 3 small bolts through the plate of steel and then the bigger bolt will push against the crankshaft which pushes the steel plate back against the bolts. I’ve never had any luck getting any 3 jaw pullers on the flywheel. I have used a couple wood wedges between the crankcase and flywheel and kept beating on them but I wouldn’t recommend it. Too easy to crack and damage the case.

After getting the flywheel off turn engine over, pull crankcase cover, align timing marks, pull out camshaft, pull out oil pump, remove connecting rod bolts, push connecting rods and pistons up out of the way, and pull crankshaft out. Repeat in reverse order.

Here a puller I made awhile back. It doesn’t have to be anything fancy. If you have trouble finding something measure the bolt hole spacing for the 3 small bolts and let me know. I’ll throw one together. We’re only a couple states away so it wouldn’t take much time to get there. 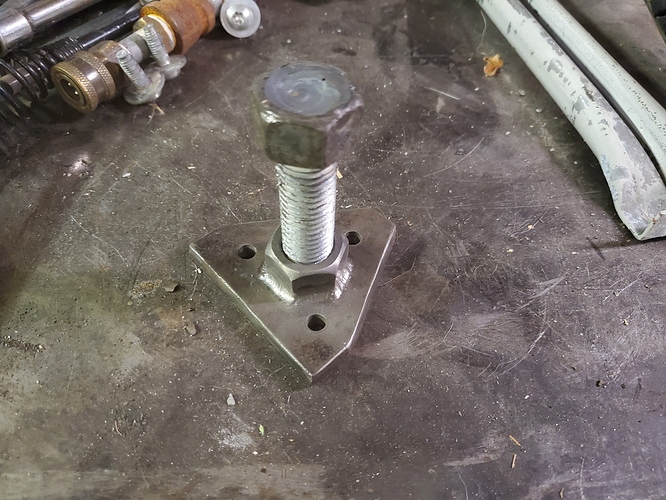 It’s a lot of work to run a geardrive.

Fair enough bud, remember to keep everything bagged and labeled if you don’t do this stuff regularly. Little trick, When I build my engines I get a large piece of cardboard and poke the bolts right through it and write down underneath what its from, when you start assembling the engine you work your way backwards, that way all the bolts are in order and you know what order to assemble and witch bolts go where.

I would replace the crank seals too. At least the one on the flywheel side since you’ll have it off. The seal in the crank cover is easy to replace if you want to hold off on it until it actually starts leaking down the road. The old seals likely wore a little bit and maybe even wore a groove into the original crank. I would think about replacing them so you don’t have to worry about them down the road. Cheap insurance.

As far as the bearing, once you have the old crank out spin the bearing with your finger and try and feel for any resistance or flat spots on the balls. You can usually “feel” if they need replaced.