BEST TIE DOWN EVER - Thanks, IBS! 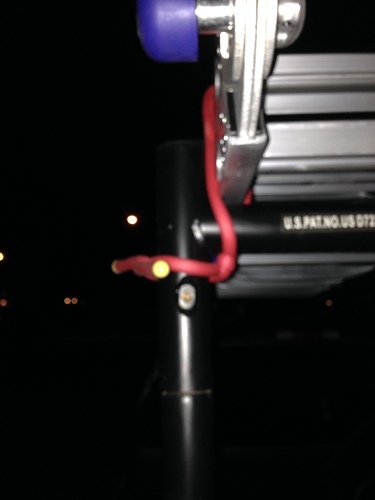 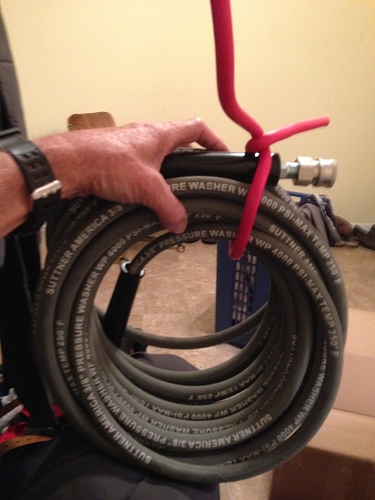 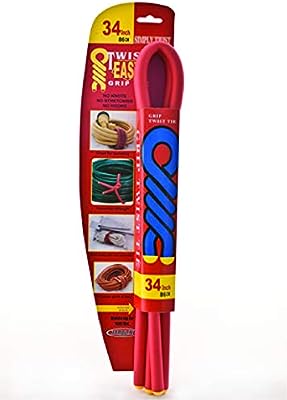 These things are AMAZING! Just another great contribution from @Innocentbystander who warned me that my ladder rack tie-down system was a nightmare waiting to happen and referred me to these. LOVE 'EM! THANKS, BROTHER!

Found a better tie down: 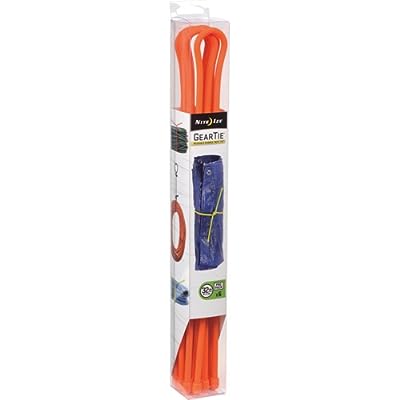 Nite Ize - Reusable Gear Ties -- What can you bundle, organize, tie or store up? Our Reusable Gear Tie ProPacks have as many uses as you can dream up! With a soft rubber exterior that is colorful, UV ...

I like the orange so I can see the tie down contrast.

10GA stranded wire is a great tie down I have been securing ladders with wire for 40 years & a lot cheaper than tie downs 8GA works as well.

10GA stranded wire is a great tie down I have been securing ladders with wire for 40 years & a lot cheaper than tie downs 8GA works as well.

I suspect that the wire yolu mention is at the core of these tie downs. I think I’ll buy some and compare with the high dollar stuff I’m using to gauge the difference.

Hey buddy. The stuff you are using is made not to slip and had a UL number. Don’t be redneck when it comes ss to business. Leave the electrical wire for ruining electricity

Curious what we used before that IBS said was a nightmare. I use pull straps and a couple ratchet straps. Is that not better?

I use bolted in straps personally. I’m just saying be professional and don’t use pieces of electrical wire. Someone’s wife and kids may pay the price from someone being cheap and not securing properly.

My mom was crossing a bridge when someone’s ladder came flying off their ladder rack. There were 2 cars in front of my mom’s car. She was following far enough back to where she was slowing down and able to stop before rear ending the car in front. The cars behind her did not stop and slammed into her at 60 mph causing the chain reaction of I think 6 cars. My mom’s car was hit so hard it bent the frame so they totaled it. The guy had no idea he even lost his ladder until he heard about the traffic delay on the radio and noticed his ladder was missing. He went right back the scene of the accident. I think a crew member forgot to strap it down. Probably cleaning up the jobsite and threw it up there thinking they’d strap it down before driving off…whoops. I guarantee he does at least 3 walk arounds before going anywhere now.

Would a strap not have held the ladders?

All I was saying is that 8 or 10 AWG stranded wire is a very strong tie down. Straps, rope, whatever secures it & has a good chance of surviving impact enough to break tie down creating a missile.

Hey buddy. The stuff you are using is made not to slip and had a UL number. Don’t be redneck when it comes ss to business. Leave the electrical wire for ruining electricity

Good to see you back! I don’t always agree with your opinions but nobody can fault your zeal for helping the new guy. As time goes on, I’m less new by the day but can still profit from your guidance. Thanks, and welcome back.