Working in the shop when an older gentleman walks up the drive. He says he’s working on the house next door and was wondering if I own a multimeter. So I say, “yeah, why.”

He says he wants to double check that his is reading correctly so I go to get it out of the tool box and I hear, “Glad to see your battery tenders unplugged when you’re not using them.”

His response: “I always kill the power to my garage at the breaker when I’m not in there and most everything except my refrigerator is on a timer to turn off at night.”

Bewildered me: “to save money?”

Buckle in kids, here we go:

“My dad hung himself in the shed when I was a boy. The rope rubbed through a power wire on the rafter and caught fire. The shed had a dirt floor with dead old tree root in it. My siblings and my mom and I watched as the shed went up in flames and had no idea the tree root caught fire and caught the house on fire behind us. The house had a wooden floor with the same tree root underneath. All the while we don’t know where dad is. By the time we knew, we’re all standing outside in the cold in sleep clothes and I ran to the neighbors 1/4 mile away. When I told him what happened he said, “son, this is rural Arkansas. Your house is beyond saving now.” and ever since then I don’t take chances with electrical fires.”

I had no idea how to respond and just stood there like an idiot. Gave him the multi meter and off he went.

Yikes… I felt like such an idiot I hope he keeps the multimeter and I don’t have to face him again like a silent dummy.

That’s a really bizarre story. And not something most people would share with a stranger because of needing a multimeter. Very weird. And sad too. Horrible story, if it’s true.

Did he return the multimeter?

I’m always really skeptical of stuff like that. I’m a true skeptic, but everything seemed totally normal until he broke into storytelling mode. Seemed like a genuine older guy.

I’m the guy that when people say they’re injured I wonder if it’s as bad as they’re making it out to be.

I’m not home anymore. Hopefully he just leave it in the mail box.

Lol. Same here. Definitely not trusting of nearly everyone until they prove me wrong.

Probably happens all the time.

I wonder if he came to borrow the multi meter to look for something to segue into a horrific story like a pile of battery tenders. I’ve tried googling it a couple different ways to see if it’s a book or movie plot or if I can find news.

If his goal was to get in my head it worked.

The root burned the house down?!

I’m not sure. I only skimmed your story lol

That’s future you messing with yourself.

Its getting deep in here…

Brodie, I’m on my 29th year of being a UPS guy.
You,(and the rest of the world) would NOT believe some of the stories I’ve heard.
The first few years I thought it was just me (Oh, they think I have a trusting demeanor so they tell me all of their craziness)
But then I get to talking to a few of my co-workers and you absolutely would not believe the things that people share with random delivery guys.
Some days I feel like half my job is counselor/therapist and the other 90% is just delivery.
Lots of sorrow and sadness in this world that never makes the news.

I guess I’m just jaded and I can absolutely see this story happening.

Multimeter never came back. Seems like a lot of stars would have to align
for his story to be true. Emma thinks he’s probably just a lonely old guy
with no one to talk to and takes the chance anyway he can get it. She says
she gets people who wanna tell life stories all the time in the photo
department at costco. She also gets more people that bring in nude photos
for developing than I’d ever imagine.

Maybe that’s his ‘get stuff for free story’.

Ran into a situation I’ve never been in. Doing a house wash as usual, customer had grease marks on his white garage door. So I used some F9 Double Eagle and leftover purple power in a pump up sprayer and sprayed the garage door. I Lightly agitated with a brush and start rinsing like I have in the past with no issues and boom. White water and a green garage door. I was baffled. Homeowner said he never painted the door in his 12 years of living there so it wasn’t fresh paint. Not sure what happened.

I called my buddy who stains and does house washes to come by and paint it for me. He sends all the profits he makes from this business to orphanages in 3rd world countries, real nice guy. He was right over the next morning on Father’s Day doing it… glad I have built connections and friendships with other business owners.

I learned from this experience and the customer was happy in the end and positive throughout the whole experience. 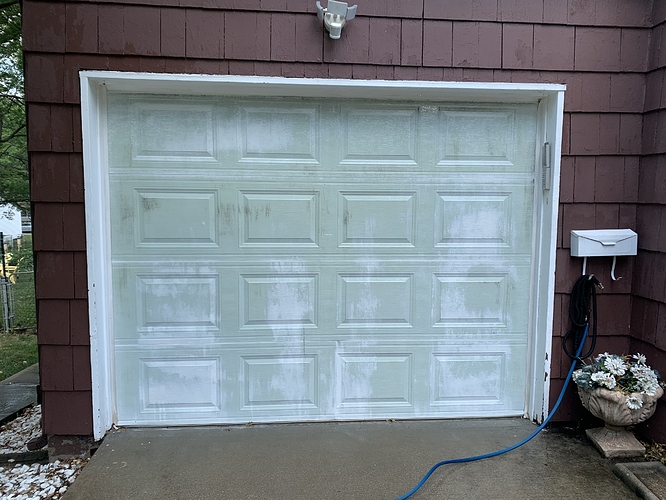 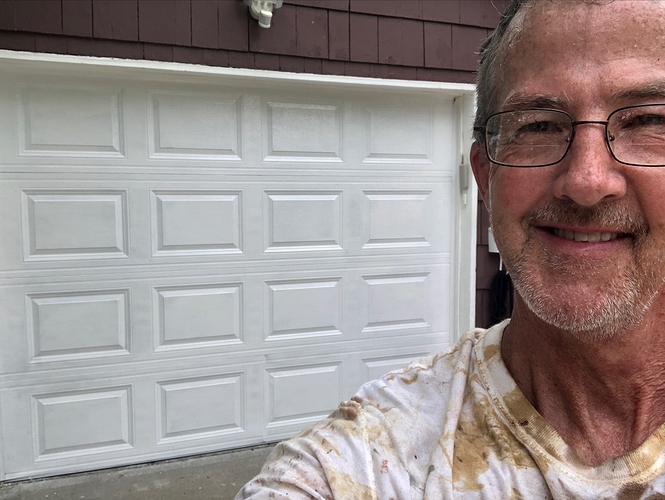 Yeah, don’t spray stuff on garage doors. The paint on 99% of them is complete junk. The grease you saw is typically a mixture of grease and fine metal shavings from the sprocket on the opener and the chain if it is chain drive. You’re not going to get that off with anything that won’t in turn