What’s the best use of a second man? I’m thinking that I’ll soap down twice as much as normal and we both rinse.

Split the house in half.

I guess it depends, if ur set up for two machines.

We split the house in half, where ever it makes sense.

Second man needs to be doing exactly what the first man is doing, just on another part of the house or building.

That’s a vague question. Really depends on the house or job but as long as there are getting as much done as you are it really doesn’t matter I guess

My main machine is permanently plumbed with reels and what not. My smaller 5gpm machine is on wheels and I have to keep it like that. I can’t get my trailer in some parts of the city. I was thinking I’ll have the helper roll it out and hook up to the water to just rinse. I guess I could get a reel and plumb it left of wheels. Soaping is the fast part. Extra rinsing would help tremendously. I guess it will be trial and error like anything else.

2nd setup and on a different job. Unless a project is large enough to warrant 2 individuals. Just my 2 cents.

Just plumb it with a cam lock fitting, so its easy to undo if u have to.

That’s a good idea. Why didn’t I think of that. Did you ever test the surface cleaner with the predator build?

Had to order new tips, I had ones for 4gpm in it. Ordered some from pressuretek yesterday,

If you have two guys, one needs to tend the pig while one mans the defenses 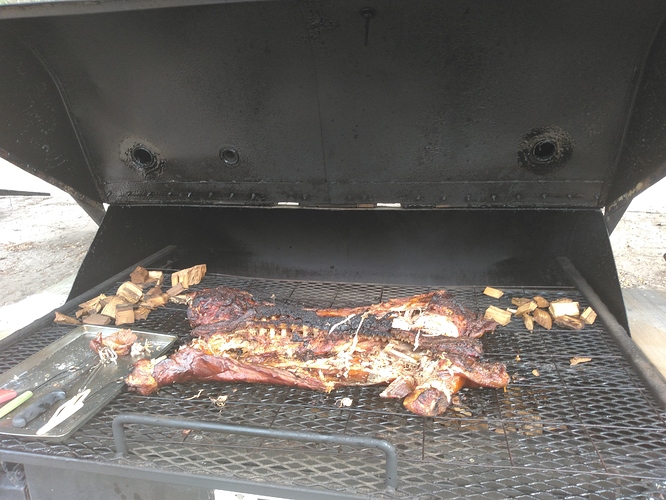 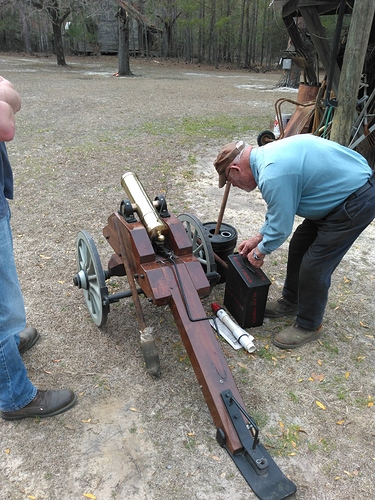 We don’t cook much whole hog in Texas , but that sure looks good !

I order without the head unless it’s for a birthday. Feet get done first. Some like to snack on them. Not me.

Are you anywhere close to the Hickory/Granite Falls area ? I used to spend every weekend in Granite Falls when I was stationed in Norfolk,without a doubt some of most friendly people I ever met.My friend John, who I used to go with, was stationed in San Diego after we got out of school.I still went and hung out with his family every weekend when I wasn’t deployed.They called me Wee-Pee(5’5",135 lbs,lol)instead of Pee-Wee…

I’m the opposite end of the state. Hunting cabin is near Wilmington

Ok now I want pig. Looks delicious. I had one cooked underground once. I forget what they called it but it was cooked over night. Talk about good

I think I’ve talked the wife into Nags Head for our vacation this year.We usually head to northern Wisconsin but my brother is building a new house so we’ve talked about going south this year.

That cannon isn’t mine. I had an identical one me and my buddy built. I sold mine to some guy in PA. I think he shoots it at Ken Fenner’s house occasionally lol. I have video of him shooting it today but every time I try to put it in YouTube it says upload failed. Been doing that for a week. Not sure how to post video anymore.